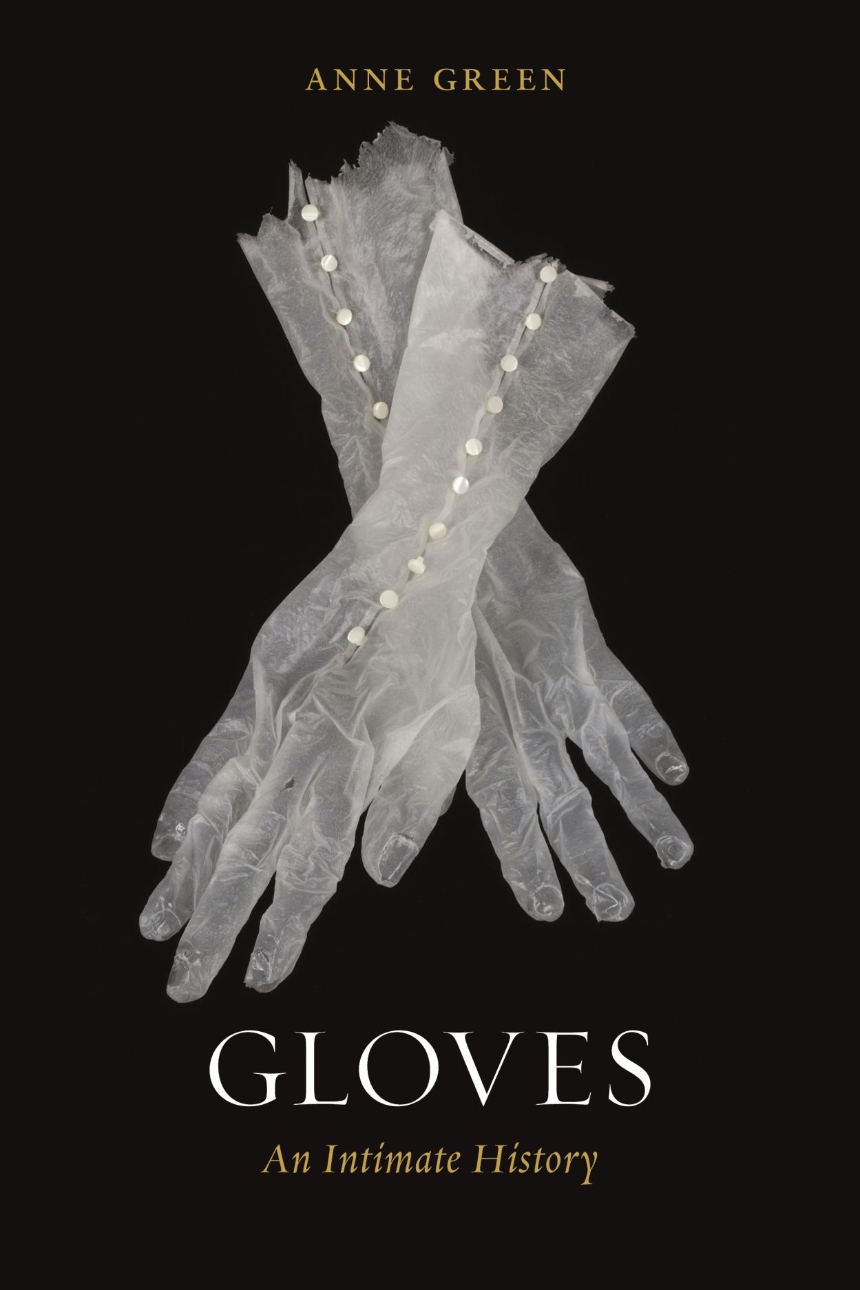 A captivating history of gloves both real and mythical, practical and high fashion.

This beautifully illustrated history of gloves draws on examples from across the world to explore their cultural significance. From hand-knitted mittens to exquisitely embroidered confections, and from the three-fingered gloves of medieval shepherds to Bluetooth-enabled examples that function like a mobile phone, gloves’ extraordinary variety is a tribute to human ingenuity. So, too, is the remarkable diversity of their—often contradictory—cultural associations. They have been linked to honor, identity, and status, but also to decadence and deceit. In this book, Anne Green discusses gloves both as material objects with their own fascinating history and as fictional creations in folktales, literature, films, etiquette manuals, paintings, and advertisements. Looking to the runway, Green even explores their recent resurgence as objects of high fashion.

"This little book leaves one looking at gloves with new eyes. And with the conclusion that in losing them we have not only lost an attractive accesory, but a rich, symbolic language. The language of glove."

"Between Carrie’s rubber dish gloves for her daily smoke and that grand gown finale on the bridge in Paris, gloves played a memorable supporting role in the Sex and the City reboot And Just Like That . . .. This lively new book uses photographs and pop culture to unfurl the cultural significance of the humble glove across eras, and never were manners and mores more important than in the etiquette-obsessed Gilded Age. Read it to be armed for their imminent revival."

‘‘Absolutely fascinating: a timely foray into the strange world of gloves in all their symbolic and functional glory.’’

"At once erudite and accessible, Green’s magnificent 'glove story' unearths the cultural history of an accessory whose meanings and functions are as varied as its forms. Protecting the humble worker’s hands and epitomizing fashion’s glittering power, gloves reveal insights into social rituals, tastes, and morals, as well as individual passions."

Susan Hiner, professor of French, Vassar College, author of "Accessories to Modernity: Fashion and the Feminine in Nineteenth-Century France"

Gloves have become the latest hue and cry of the style hounds.
Gloves are the next big thing.
Always wear gloves!

Declarations such as these from fashion journalists and glove manufacturers suggest that something exciting is happening to hand-coverings. ‘The days of traditional utilitarian gloves in black and brown to keep out the cold are long gone,’ says a representative of the Millau luxury glove company Causse. ‘Ouphilosophy is to create gloves that are worn like jewels.’ Gloves in brilliant colors and dazzling designs are indeed increasingly in evidence, and practicality is hardly the point of the flamboyant versions regularly shown on the catwalk or in the pages of glossy magazines. There is justification for the excited headline ‘The Glove Makes a Comeback’.

Gloves have never really gone away, however. Over the centuries they have been assigned many different roles and have assumed new and often contradictory meanings as patterns of fantasy and belief developed around them. Honour, identity, status and power have all been associated with gloves, as have decadence and deceit. They have been credited with magic powers, both good and evil. They have been treated as sexual symbols and have roles in courtship and marriage. The very act of glove-wearing, sometimes forbidden, sometimes mandatory, has attracted fierce responses ranging from moral outrage to aspiration and envy.

A tale from the French Renaissance exemplifies many of these attributes. An extraordinary glove is central to one of the narratives in The Heptameron, a collection of short stories first published in 1558. The glove is a small, lady’s glove fastened with hooks of gold; its slim fingers are encrusted with diamonds, rubies, emeralds and pearls, and it is worn by an English lord, pinned to his cloak. The Englishman proudly explains the glove’s origins to an intrigued French ambassador, telling him that it once belonged to a lady whom he had adored for seven years without ever daring to declare his love. On meeting her unexpectedly one day, he had been so overcome with emotion that he fell in a faint at her feet, and when the concerned lady offered help, he begged her to place her hand over his racing heart. She did so, but when he pressed her hand to his chest and began to declare his passion, she pulled away in alarm, leaving only the empty glove in his grasp. ‘I have adorned it with the richest rings in my possession, though the riches I receive from the glove itself I would not exchange for the crown of England,’ he tells the ambassador. ‘There is nothing in the world more precious to me than to feel it as it presses against my side.’ Although the Frenchman solemnly assures the English lord that his glove story proves him to be the truest lover that ever lived, he is secretly scornful, thinking that it would have been better to have won the lady’s hand.

From hand-knitted woollen mittens to exquisitely embroidered, sequined and beribboned confections, from sturdy working gloves to those so fine that a pair will fit into a walnut shell, from the three-fingered gloves of medieval shepherds to Bluetooth-enabled gloves that function like a mobile phone, gloves’ extraordinary variety is a tribute to human ingenuity, as is the remarkable diversity of their cultural associations. The dictionary may define a glove as ‘a piece of clothing that is worn on the hand and wrist for warmth or protection, with separate parts for each finger’, but as this book aims to show, gloves are very much more than that.