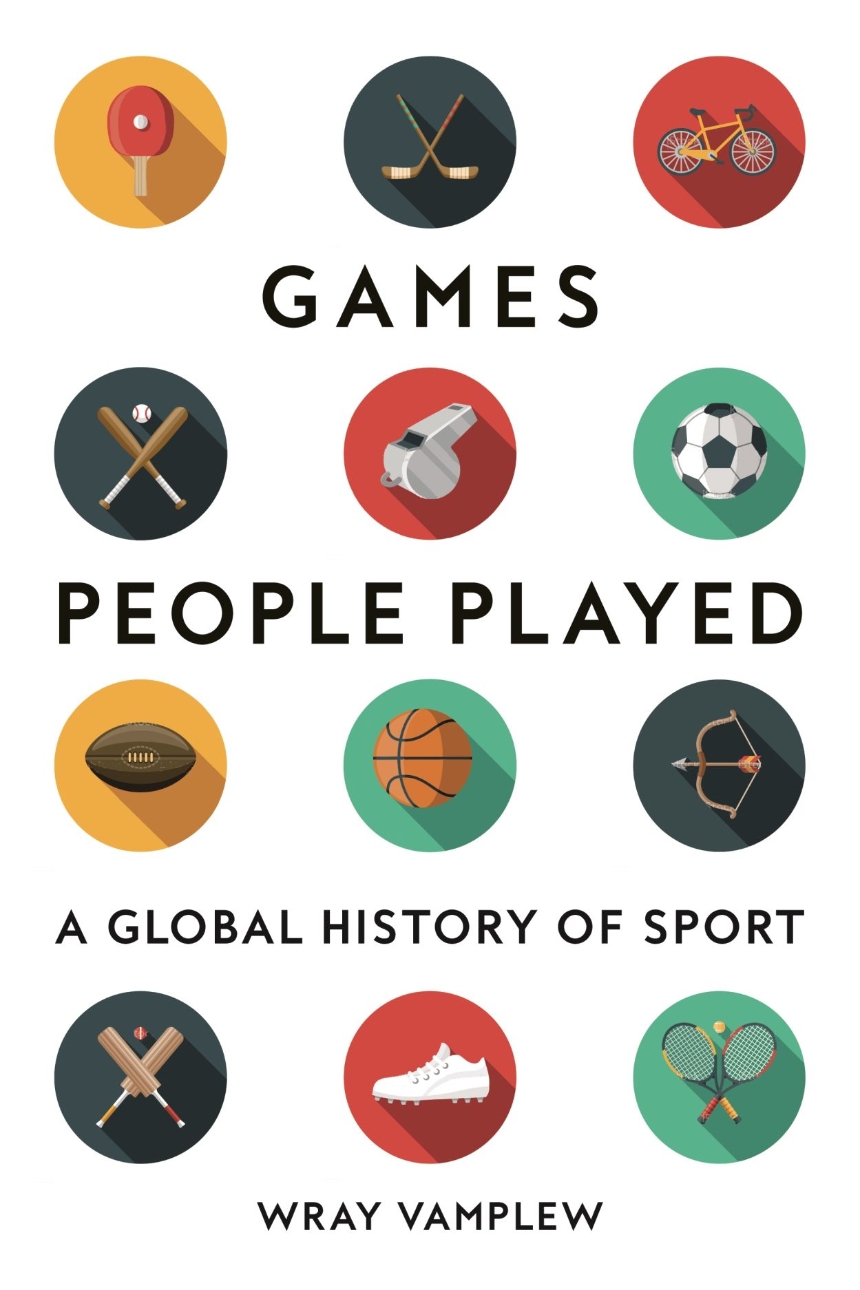 A Global History of Sports

A Global History of Sports

This first global history of sports offers all spectators and participants reason to cheer—and to think.

Games People Played is, surprisingly, the first global history of sports. The book shows how sports have been practiced, experienced, and made meaningful by players and fans throughout history. It assesses how sports developed and diffused across the globe, as well as many other aspects, from emotion, discrimination, and conviviality; politics, nationalism, and protest; and how economics has turned sports into a huge consumer industry. It shows how sports are sociable and health-giving, and also contribute to charity. However, it also examines their dark side: sports’ impact on the environment, the use of performance-enhancing drugs, and match-fixing. Covering everything from curling to baseball, boxing to motor racing, this book will appeal to anyone who plays, watches, and enjoys sports, and wants to know more of their history and global impact.

“Games People Played is the culmination of a life spent working on the history of sports, and it ranges far and wide. . . . Vamplew is as informative and comprehensive as one could want. . . . An outstanding guide to [sports] role in history.”

“A finely woven overview of important themes in sports history. Illustrating how sports are impactful to human societies in positive and negative ways, Vamplew draws on global examples from Western nations, Ancient Greece, and Indigenous communities from Central America to the Middle East and South Asia. Vamplew writes about the experiences of sports from elite to lower classes, and these perspectives expand the interpretations of sports in history... Readers interested in the history of sports in global context and the historical scholarship of sports will find much to pore over, and help in understanding the sociology and economics of sports and the evolving relationship between sports and people: players, sports officials, and spectators.”

"Compendious. . . . The book does have an underlying mission, which is to argue for sport to be taken seriously as an object of study. And it shows how deeply sport is embedded in culture. . . . to understand the present you need to know the past—in sport as in anything else. Cicero said that 'to be ignorant of what occurred before you were born is to remain always a child.' The study of games, Vamplew demonstrates, is very much for grown-ups."

“Vamplew’s book is a tour de force. It is for anyone who appreciates sport for what it is: at its best aspiring and inspirational, overcoming barriers of race, religion, color, creed, and politics and achieving adrenaline rushes of triumph and glory; at its worst, full of despair, heartache, and pain, frustration, rejection, and corruption. Games People Played is truly an enjoyable ‘must have’ for any sports fan, and indeed a necessity.”

“Academics typically undervalue the history of almost everything that's entertaining—food, dance, pop culture, fun. But these are activities that matter to people. And if you want to know how cultures differ, overlap, interweave, and conflict, study their sports. That's what Vamplew does, with insight, lucidity, scholarship, and sympathy. For understanding the global past I'd rather recommend Games People Played than any book of conventional political, social, or economic history.”

“Vamplew’s Games People Played is one of the smartest books written about sports. Not only does Vamplew detail the evolution of sports across cultures and countries, he thoughtfully discusses how sport historians do their jobs—sifting through documents, testing established myths, and searching for truth and meaning. For an American reader, conditioned by American sports, the book shows us how indebted we are to English and European sporting organizations. No one who reads the book will ever think of sports the same way.”

Randy Roberts, Distinguished Professor of History, Purdue University, author of "A Team for America: The Army-Navy Game that Rallied a Nation"

‘‘In Games People Played, Vamplew gives us his distillation of the entire sweep of global sports history, from ancient times to the present. It’s an enormous accomplishment, rich in argument, telling details, and the demolition of myth. ‘We have to bear in mind that what was history to us was life to them,’ he writes. It’s an illuminating, enjoyable read for anyone who loves sports.”

Sport is more than mere games. It can promote socialization, moral education and, occasionally, political indoctrination, all preparing citizens for duties and responsibilities beyond the playing arenas. The inference in the title of this book is that it will consider not just physical performance but also other reasons for involvement in the watching and playing of sport. Why sport was and is practiced is a major theme that runs through the book, although with different motives emphasized at different times to reflect historical shifts in mentality. The analysis will not ignore the ludic aspect of sport: that sport could be an end in itself, with people participating simply for personal fun and enjoyment. However, additionally – or alternatively – it will show that play could be a means of displaying masculinity (or femininity), or of affirming social status by demonstrating that one had the time, money and energy to devote to activities other than work. Sport could be undertaken to promote health and welfare, to create loyalty to a group or nation, or for a plethora of other reasons. It can also be associated with carnival, where the normal goals of society are set aside and individuals are free to use their time in displays of non-utilitarian activities, often with the roles of authority and social position reversed.

All book introductions should include a personal statement by the author to enlighten readers about where they are coming from and what baggage they are carrying. So here goes. I like sport and have participated in it throughout my life. I played my last game aged 69, scoring 20 not out and taking 5 wickets for 11 runs. It took all those intervening years for me to realize that as a bowler I should pitch the ball where I would not like it as a batsman. Now in my seventies, I play golf, confusing my partners by switching from my right to my left hand for putting and chipping, and amazing myself by achieving a hole-in-one – but one unseen by anyone, including myself, because of the layout of the course. My other sport is lawn bowls, which I took up with my wife as two of the youngest members of the group at a local rink, where after twelve ends we up and off to enjoy drinks and cakes.

I hope this book will show that I am a fan of sport, but not an uncritical one. What about my sporting prejudices? I support Hibernian and Barnsley football clubs (fortunately, they never have to play each other) and Yorkshire County cricket team, but I prefer watching sport on television to being there. I enjoy following the Tour de France (despite the drugs) but have given up on athletics (because of the drugs). I do not like (or perhaps do not understand) American sports. The scores in basketball are too high and I cannot fathom why in baseball a hit over the fence can score 1, 2, 3 or 4 rather than the undisputed 6 in cricket. However, I am ambivalent about gridiron, admiring the strategies but wondering why a ‘touchdown’ doesn’t actually involve touching down. I am not a fan of Rangers or Celtic, corrupt and incompetent sporting officialdom (that doesn’t leave many unscathed) or the claimed ‘Olympic spirit’.

This book is a personal record of what I believe has been significant in the development of sport, and of course others might have selected different issues. I have written it for the intelligent sports fan, who is not the oxymoron depicted by many commentators in high and even popular culture. The intention is to entertain but also inform and perhaps educate. Enjoy.