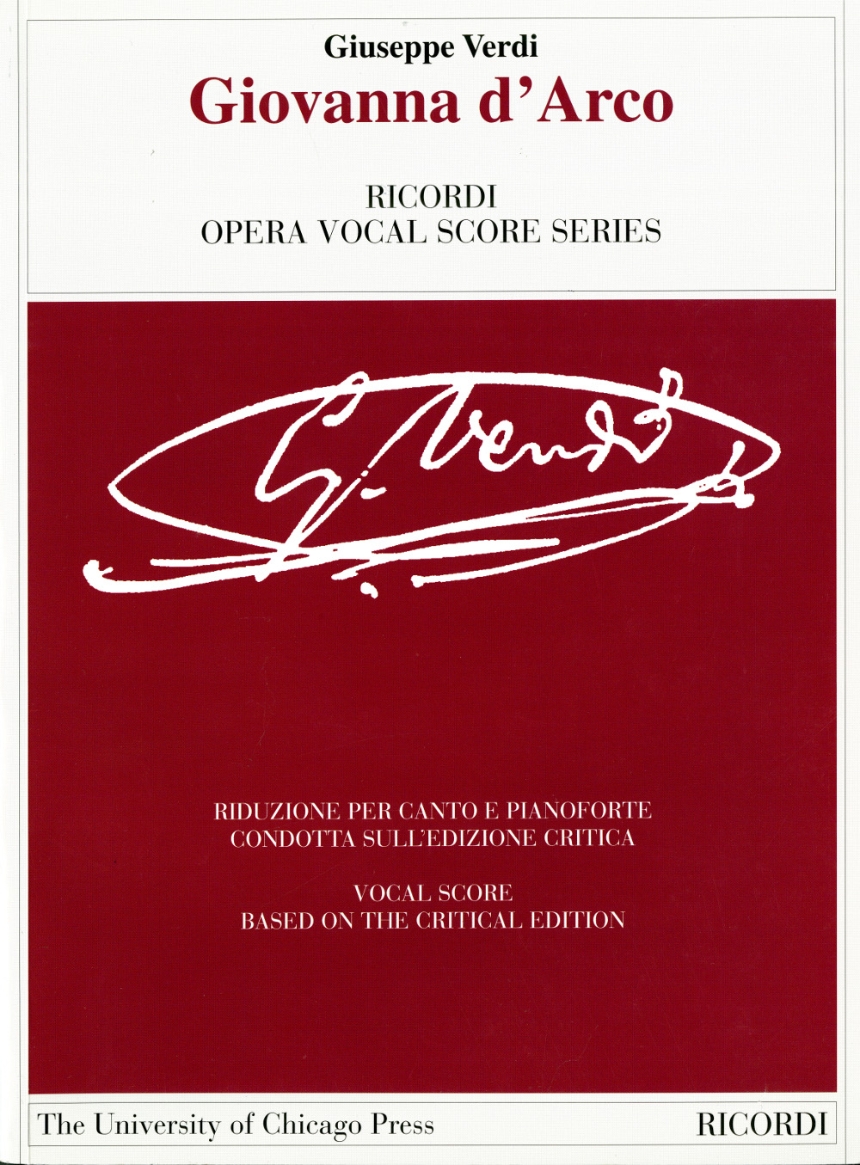 Giovanna d’Arco (Joan of Arc), Verdi’s seventh opera, premiered at La Scala in 1845 to great public success despite sub-par production standards, and modern performances have swept away both audiences and critical reservations when the work is executed with faithfulness to his score. At the heart of this large-scale opera, with its prominent choruses, is the difficult and beautiful part of Joan—simultaneously ethereal soprano and dynamic warrior. The libretto by Temistocle Solera, based in part on Schiller’s play Die Jungfrau von Orleans, omits Joan’s trial for heresy and burning at the stake, ending instead with an offstage battle in which she is mortally wounded leading the French to victory against the English.

This piano-vocal score of Giovanna d’Arco, based on the critical edition of the full score, is based on the composer’s autograph score preserved in the archives of Verdi’s publisher, Casa Ricordi. It restores the opera’s original text, which had been heavily censored, and accurately reflects Verdi’s colorful and elaborate musical setting. Editor Alberto Rizzuti’s introduction discusses the opera’s origins, sources, and performance questions, while the critical commentary details editorial problems and solutions.