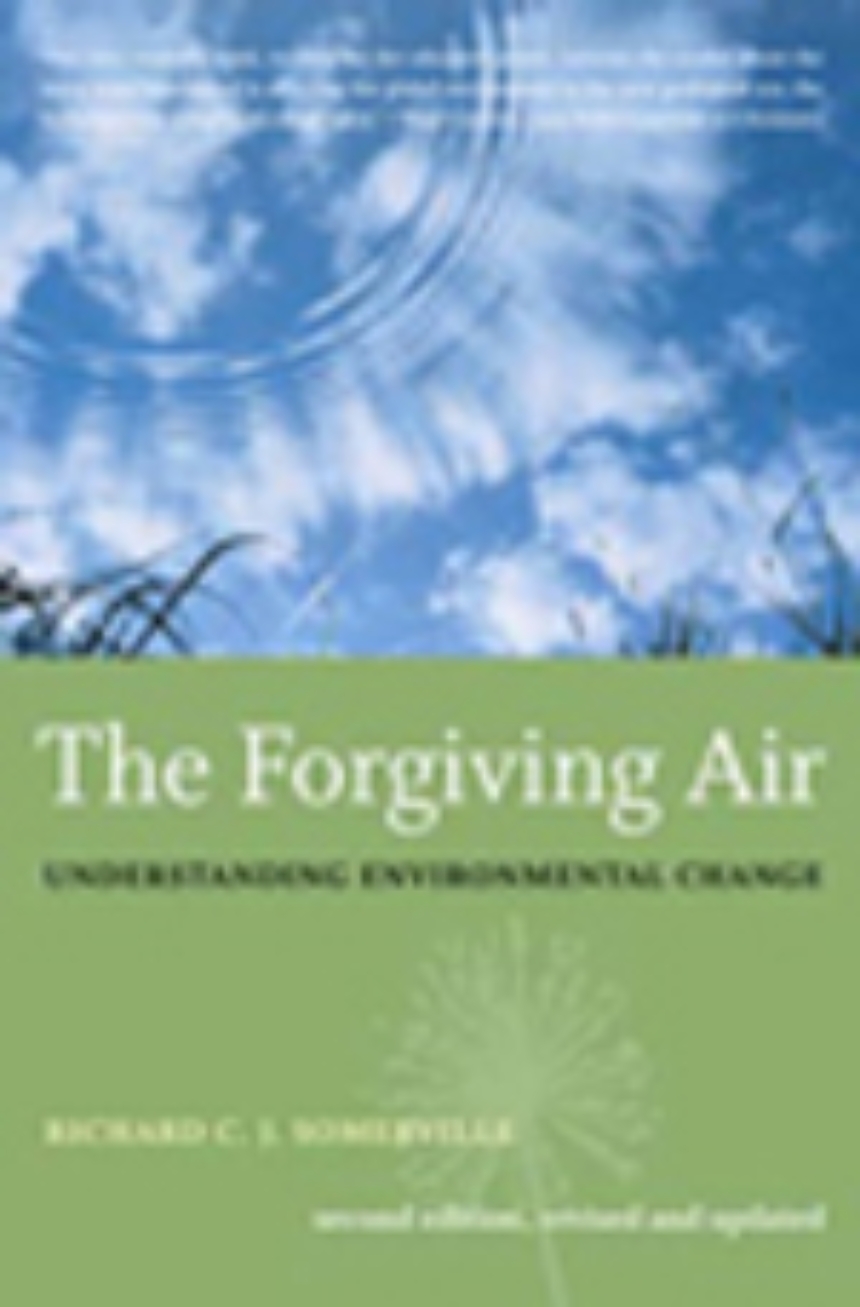 Nearly seven billion people are collectively such a potent force that their influence on the global environment has begun to rival that of Mother Nature. Scientist Richard C. J. Somerville is a Distinguished Professor Emeritus at Scripps Institution of Oceanography, University of California, San Diego, and one of the authors of the most recent Intergovernmental Panel on Climate Change (IPCC) report. The 2007 Nobel Peace Prize was awarded in equal shares to the IPCC and Al Gore for bringing the science behind global change to the world. In The Forgiving Air, Somerville weaves those critical findings into a more accessible story, making the most important issues of our time understandable to all.