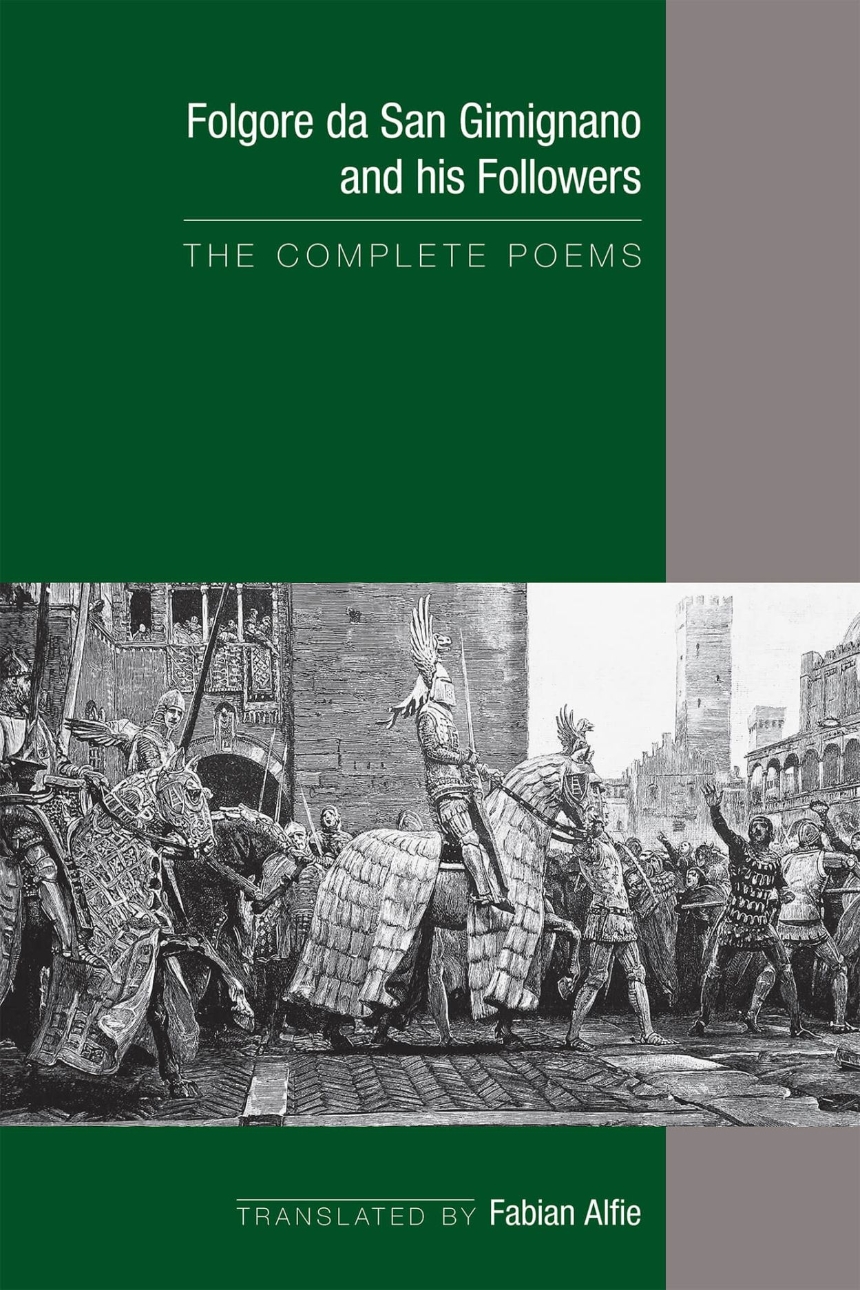 Folgore da San Gimignano and his Followers: The Complete Poems

Folgore da San Gimignano and his Followers: The Complete Poems

This translation brings the complete works of three minor but important Italian poets — Dante’s contemporaries at the turn of the 14th century — to English speakers for the very first time. Taken together, the three authors sketch an idealized portrait of courtly life juxtaposed to the gritty, politically fractured world of northern Italy’s mercantile urban centers in which they lived. One poet, Folgore di San Gimignano, idealizes court life during the period; the second, Cenne da la Chitarra, looks at it more realistically and parodies Folgore; and the third, Pietro dei Faitinelli, takes inspiration from Folgore’s political writings and focuses on the politics of the times. The juxtaposition of the three poets in this work is effective and arguably shows them to be a poetic school. Tournaments, dinner tables, and public squares spring to life through vivid, material details, which should catch the interest of cultural historians and literary scholars alike. This translation is especially deft at reproducing the rich variety of culinary and sartorial vocabulary offered by the poets, and the translations of Pietro dei Faitinelli are especially well-executed.