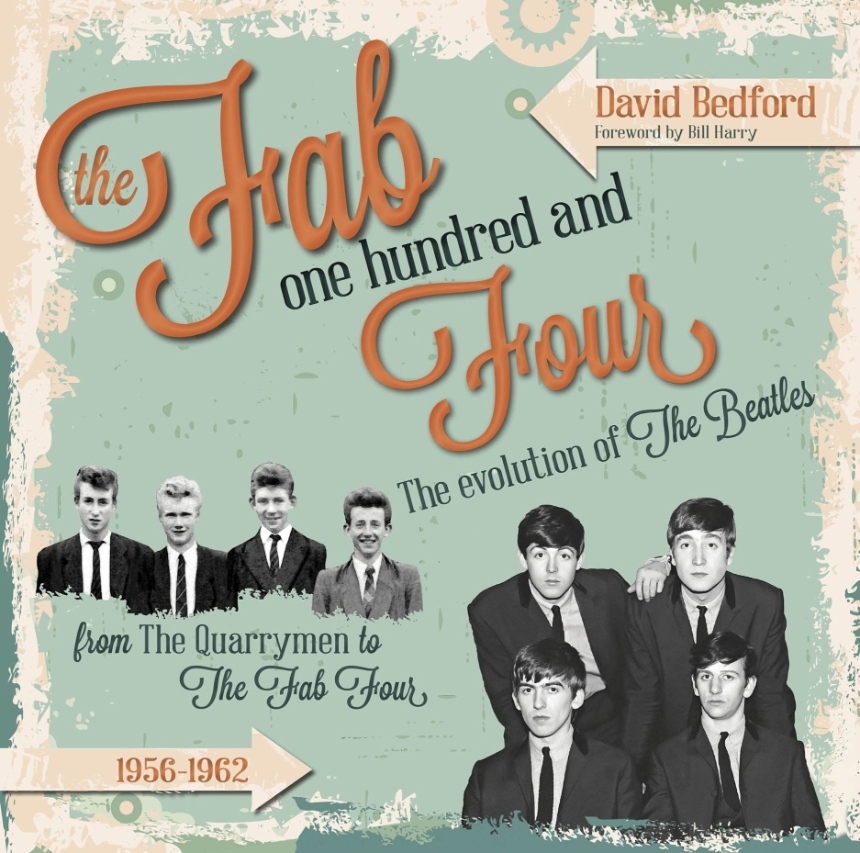 The Fab One Hundred and Four

The Evolution of the Beatles

The Fab One Hundred and Four

The Evolution of the Beatles

John Lennon once stated, “I met Paul, and said, ‘Do you wanna join me band’, and then George joined, and then Ringo joined. We were just a band that made it very, very big, that’s all. We were four guys.” ...or were there only four? When one considers The Beatles’ early history, there are several names naturally come to mind, like The Quarrymen, Stuart Sutcliffe and Pete Best. However, the story of the evolution of The Beatles from The Quarrymen to The Fab Four is about more than just the musicians in those groups. Liverpool author David Bedford, who lives near Penny Lane, has uncovered people like George Smith, Joe Ankrah, Red Carter, Zancs Logie, Ian James, Marie Maguire, Colin Manley and Arthur Pendleton who are all important to the Beatles’ story as well. Featured in The Fab one hundred and Four are: ?the previously unknown schoolfriend who gave John his first guitar and changed Beatles history. ?the first published photographs of Silver Beatles’ drummer Norman Chapman. ?the real influences in their formative years – family members, schoolmates, mentors and musical contemporaries. ?profiles of every musician who was a member of the group – from The Quarrymen to The Beatles – from 1956 through 1962. Whether they were in the group for a night, a week, a year, two years or more, they are all mentioned here. ?all the musicians and performers who shared the stage with the boys as part of a single act. ?Over 570 photographs, some previously unseen and many rare. The Fab Four becomes The Fab one hundred and Four! These one hundred and four friends, family and musicians get a long overdue credit for their contributions to the musical development of the greatest pop group of all time: The Beatles. With 400 pages, this is the most in-depth look at the musical period of evolution of The Beatles. Maybe John Lennon should have said: “We were just one hundred and four guys.”