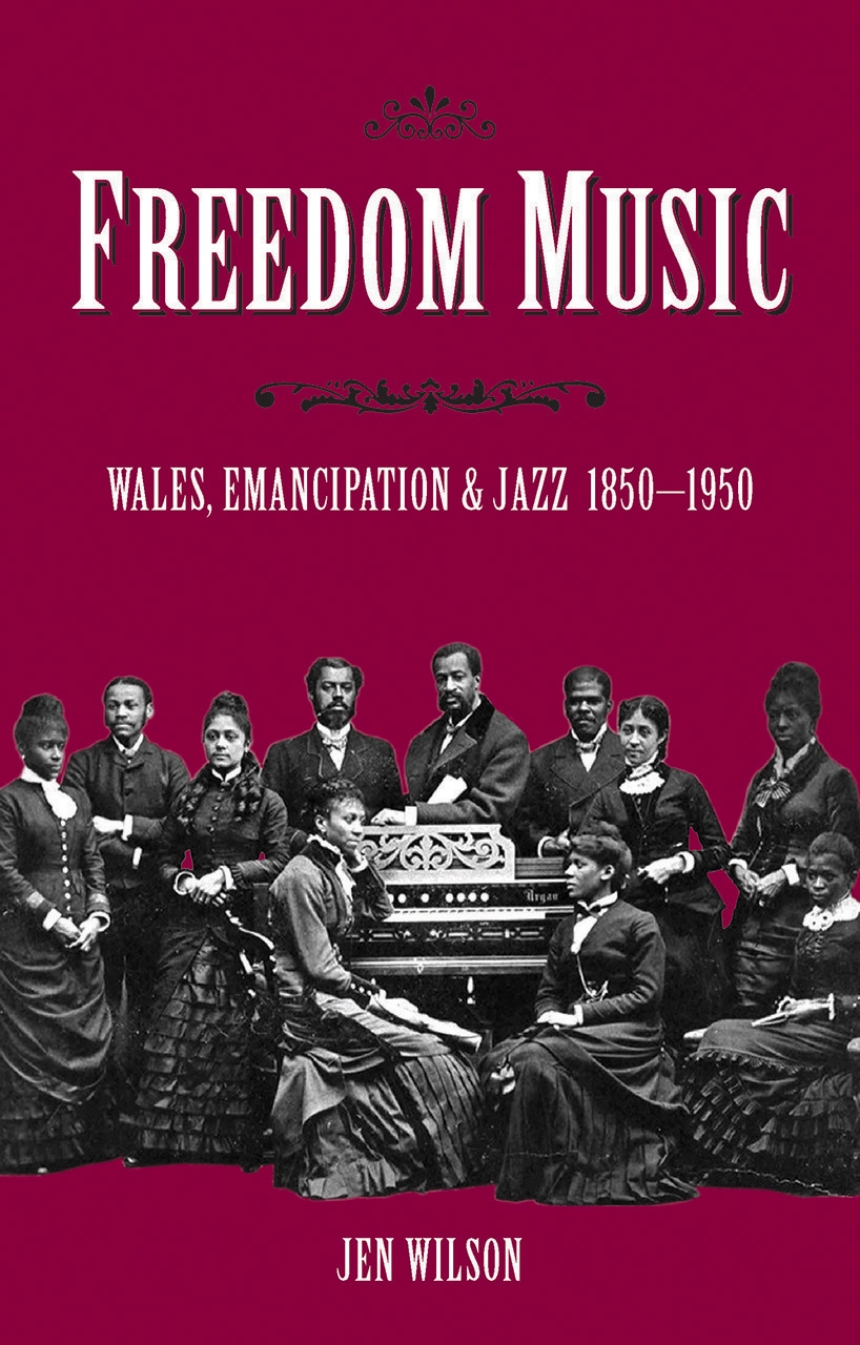 Freedom Music traces the history of how early African American and jazz music came to Wales. From Abolitionist collaborations, minstrelsy, ragtime, blues, hot music, and swing, Jen Wilson shows us an innovative side of Wales previously hidden from history. This music appealed to Wales’ vibrant youth and those not part of the mainstream culture of chapels, choirs, and male voice choirs. Wilson unfolds this musical history by examining women’s emancipation, gender politics, social history, and Welsh culture. She looks at cultural innovations by women entrepreneurs during and from the First World War. Wilson also focuses on the history of African American music in Wales and highlights the widespread misogyny and discrimination within jazz music in Wales. The stories within Freedom Music will attract not only social and political historians, but also feminists, jazz fans, and general readers fascinated by the cast of characters who played and danced to the music.

“In Freedom Music, archivist and pianist Jen Wilson embellishes established narratives of Welsh culture with the ‘blue notes’ of transnational, African American, and feminist histories. Her explorations of musical influences, the politics of performance practices, and the social effects of cultural transference open up new areas of research. This is a wide-ranging, suitably-illustrated, and engaging book that documents the cross-cultural and transatlantic dialogues that were the making of modern Wales.”

“This ground-breaking history of jazz in Wales from its earliest days focuses on the central part women played, making extensive use of the rich archival material so meticulously preserved over the years by the author. It is also a fascinating insight into popular culture and changing social attitudes in Wales.”

Sir Deian Hopkin, President of the National Library of Wales (2011–15)