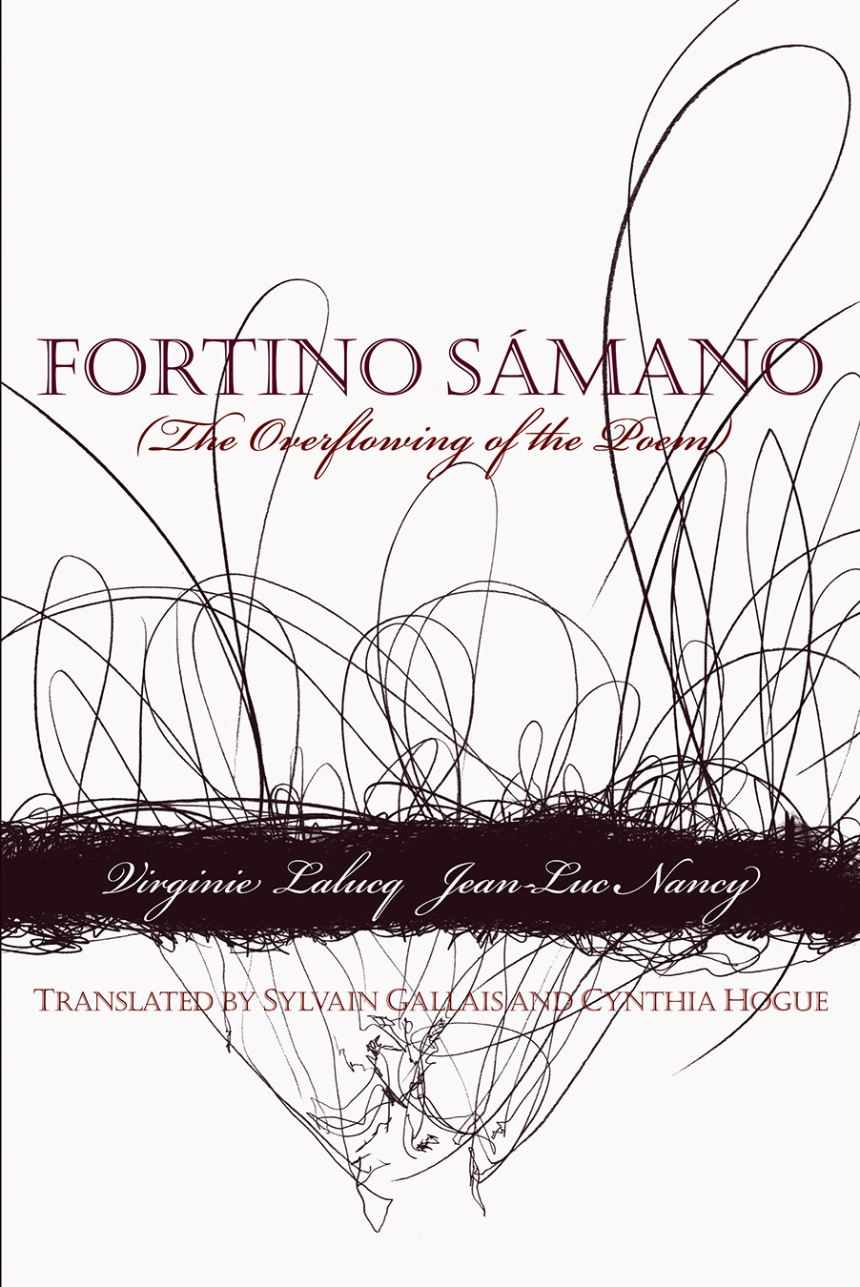 The Overflowing of the Poem

The Overflowing of the Poem

Fortino Sámano (the overflowing of the poem), translated by Cynthia Hogue and Sylvain Gallais, with French on facing pages, is a collaborative work by the emerging French poet, Virginie Lalucq, and the distinguished philosopher, Jean-Luc Nancy. Lalucq wrote the serial poem, Fortino Sámano, after seeing an exhibit of photographs on the Mexican Revolution by Agustin Victor Casasola. Her series is a meditation on the single, extant photograph of Sámano, a Zapatista lieutenant and counterfeiter, which Casasola snapped as Sámano, smoking a last cigar, appeared to stare death nonchalantly in the face moments before his execution by firing squad (it was reported that he himself gave the order to fire). Little is known about Sámano, and Lalucq’s poem makes no attempt to be biographical or historical. Rather, she treats the image itself, the fact that the camera caught the image of life just prior to its end. What, then, does the image represent? She asks. Nancy’s section, Les débordements du poème (The overflowing of the poem), is a series of poetic commentaries on each of the poems in Lalucq’s series. It is a philosophical contemplation of the specific poem, Fortino Sámano, and also, a poetic investigation of the lyric genre, which works hand-in-hand with Lalucq’s poems. Fortino Sámano is an exciting poetic dialogue, and a significant work in poetics, which Hogue and Gallais have brought into English.