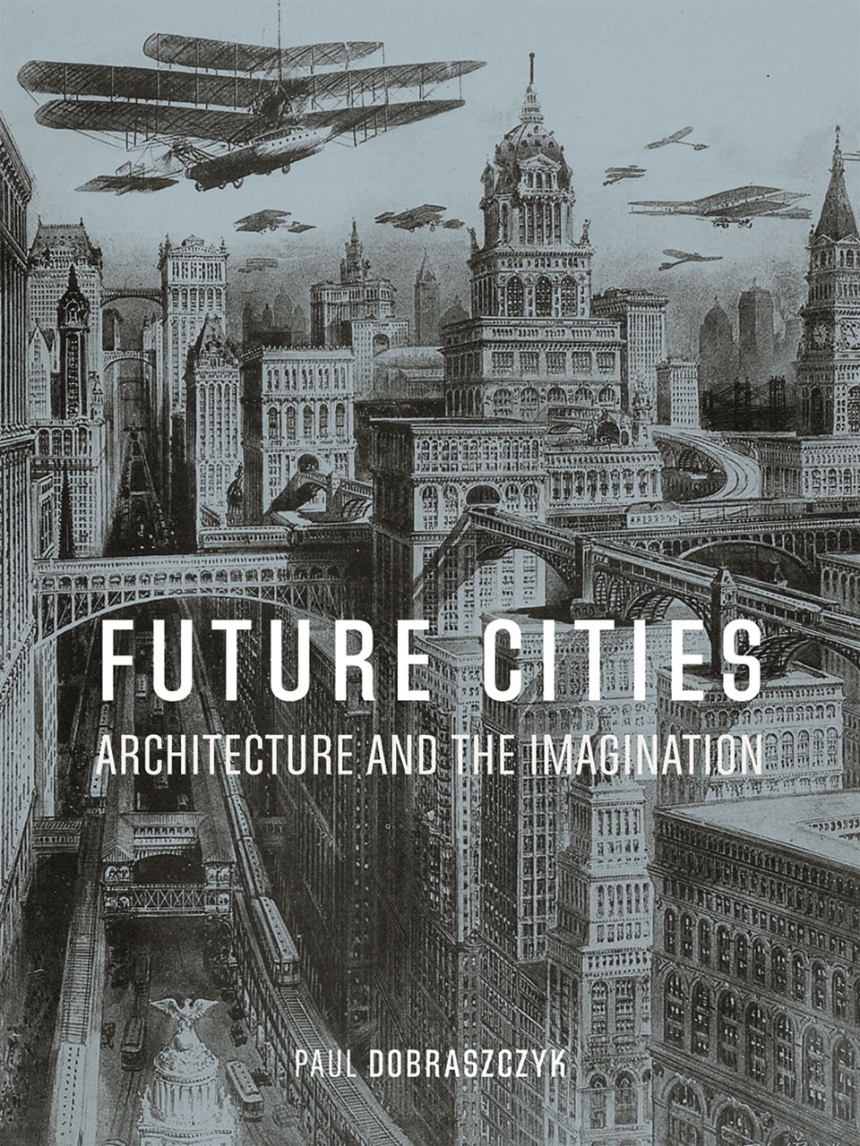 Architecture and the Imagination

Architecture and the Imagination

Though reaching ever further toward the skies, today’s cities are overshadowed by multiple threats: climate change, overpopulation, social division, and urban warfare all endanger our metropolitan way of life. The fundamental tool we use to make sense of these uncertain city futures is the imagination. Architects, artists, filmmakers, and fiction writers have long been inspired to imagine cities of the future, but their speculative visions tend to be seen very differently from scientific predictions: flights of fancy on the one hand versus practical reasoning on the other. In a digital age when the real and the fantastic coexist as near equals, it is especially important to know how these two forces are entangled, and how together they may help us best conceive of cities yet to come.

Exploring a breathtaking range of imagined cities—submerged, floating, flying, vertical, underground, ruined, and salvaged—Future Cities teases out the links between speculation and reality, arguing that there is no clear separation between the two. In the Netherlands, prototype floating cities are already being built; Dubai’s recent skyscrapers resemble those of science-fiction cities of the past; while makeshift settlements built by the urban poor in the developing world are already like the dystopian cities of cyberpunk. Bringing together architecture, fiction, film, and visual art, Paul Dobraszczyk reconnects the imaginary city with the real, proposing a future for humanity that is firmly grounded in the present and in the diverse creative practices already at our fingertips.

“Dobraszczyk’s eloquent redefinition of ecology, of the imagination, and of architecture is breathtaking in its audacity and indisputably brilliant. Future Cities is much more than a book about buildings or Blade Runner, dealing as it does with the critical importance of multiplicity and integration in an increasingly disordered world.”

"Explores the politics and psychology of castles in the air, and suburbs under the sea."

"Dobraszczyk looks at how the cityscapes once dreamed up by artists and architects are slowly becoming a reality as climate change and overpopulation take hold."

"An impressively in-depth inquiry. . . . Especially noteworthy is the book’s accessibility. Dobraszczyk recognizes that the art he’s discussing often comes from mass media, that fantasy world-building has a special pull on the public imagination, and that it’s best to discuss its implications in easy-to-grasp terms. That he does this while still providing insightful analysis is laudable. Future Cities is impressively nerdy . . . and will add a lot of titles to your to-read and to-watch lists, in addition to making you think about the futures we project for ourselves."

"Future Cities is a philosophically and culturally wideranging look at the usefulness of imagined cities. Appropriately for this examination of creativity, its classification of cities into three types is itself rather imaginative: unmoored (in the water or air), vertical (skyscrapers and subterranean structures), and unmade (ruins). The text is accompanied by a number of images that usefully show how visual artists have imagined future cities."

"By linking architecture, fiction, film, and art, the book reconnects the imaginary city with the real—proposing future best practices for humanity."

"Perhaps Dobraszczyk’s largest contribution is to develop the intermingling of the future urban imaginary as shared cultural resonance between imagined and real practices. In collapsing these disciplinary distinctions, Dobraszczyk begins to validate the experience of both imaginary and real spaces as vehicles for thinking about futures that exceed the disciplinary conceits of the architect, thus opening the discussion of architecture and urban futures to a general audience."

“When we dream of the future, Dobraszczyk suggests in this rich and impeccably timed new book, we often dream of buildings. Dobraszczyk makes the case that visions of future worlds, from ancient myths to science fiction, are resolutely urban because of a deep imaginative pull that only cities can satisfy.”

Geoff Manaugh, author of “A Burglar’s Guide to the City“

“A compendious, dizzying collection of the cities of the future, and their analogues in the present. Future Cities holds out the important hope that our cities could be better—fairer, more equal, more open—rather than just taller and weirder.”

“A fascinating, erudite survey of visionary cities, from the ocean depths to the skies above. At once fantastical and meticulous, Dobraszczyk's book is anchored like Robida's soaring airships to iron structures. An engaging and revealing text that demonstrates when we create speculative cities, whether utopian or dystopian, we are always writing about our present; our dreams, our fears, and our memories. Delving into fictional places, we are delving into ourselves.”