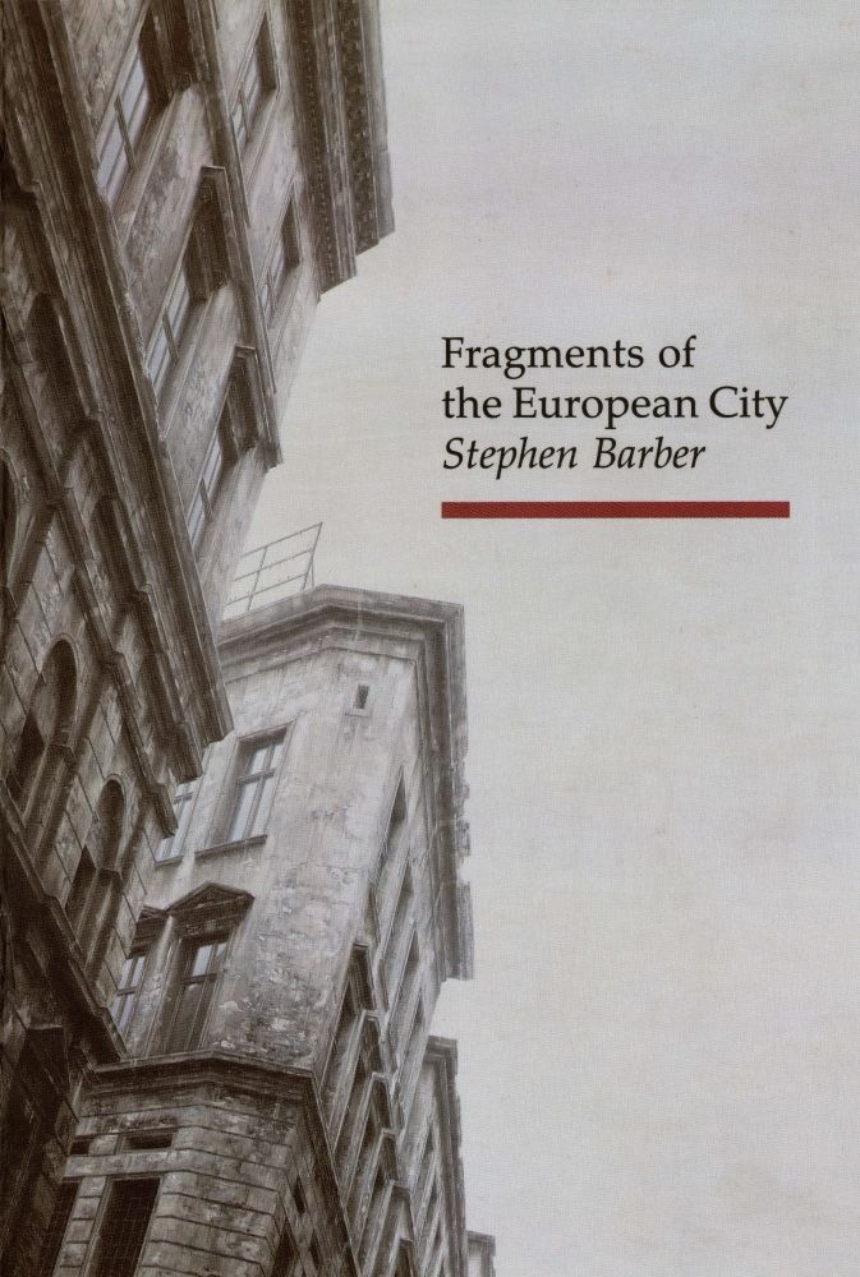 Fragments of the European City

Fragments of the European City

This book explores the visual transformation of the contemporary European city, focusing on the most emblematic and visibly wounded of all European cities – Berlin.

Taking as its subject the "intricately assembled, relentlessly disassembling metropolitan screen", it charts the virulent implosions of culture, the distortions and violence that give city-living its fractured and hallucinatory quality.

Provocatively written as a series of inter-locking poetic fragments, the text evokes the formation of metropolitan "identity" as it ricochets between the physical surface of the city and the vulnerable but manipulating consciousness of city dwellers.

Barber has discovered a powerful new vocabulary – a vocabulary charged with the visual and sonic impact of the cinema. Like the city, the text pulsates, creatively chaotic, raw and exhilarating.