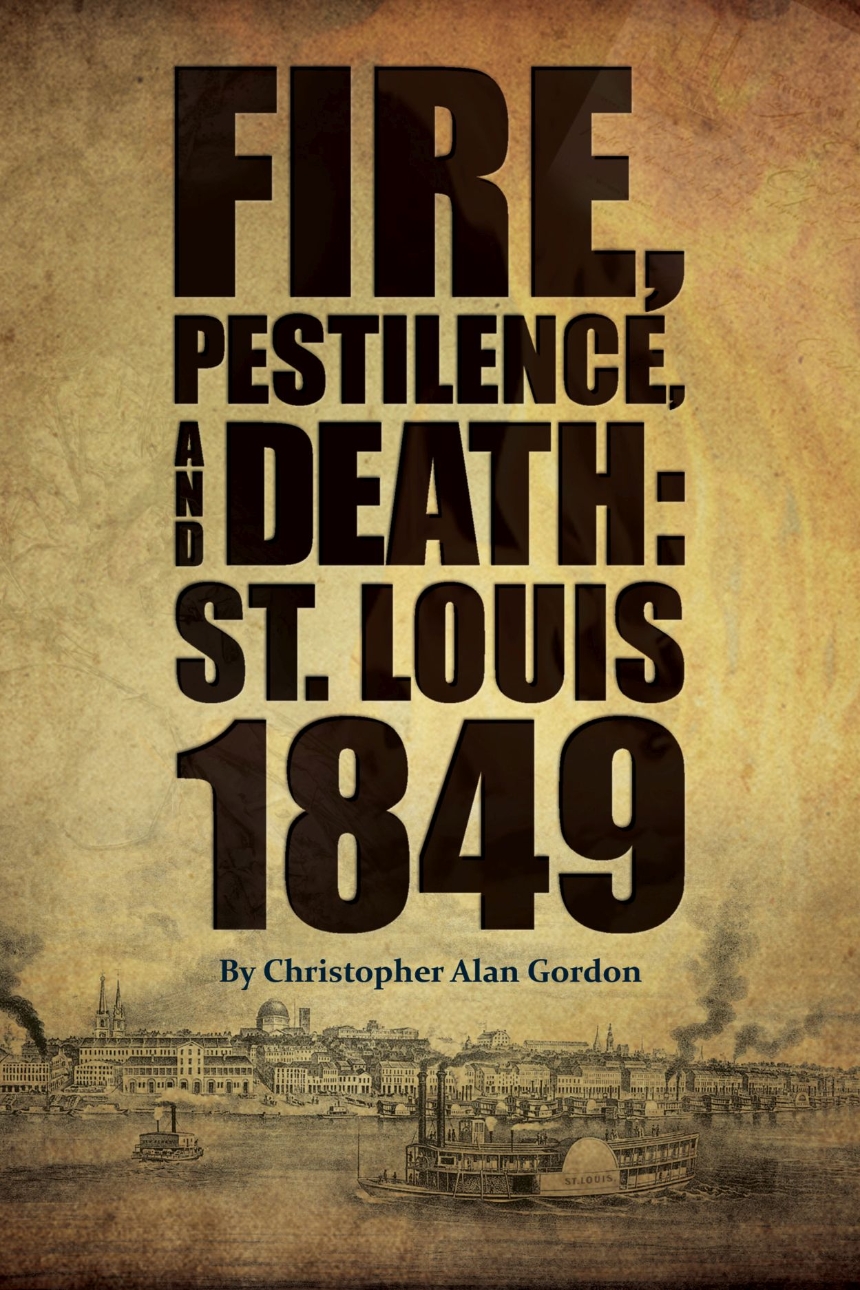 In 1849, St. Louis was little more than a frontier town, swelling under the pressure of rapid population growth, creaking under the strain of poor infrastructure, and often trapped within the confines of ignorance and prejudice. The cholera epidemic and Great Fire of 1849 were both a consequence of those problems and—despite the devastation they brought—a chance for the city to escape them. This book draws on the incomparable archives of the Missouri Historical Society, including newspaper accounts, letters, diaries, city and county records, and contemporary publications, to reveal the story of 1849 St. Louis as it was experienced by people who lived through that incredible year. The tale that emerges is as impressive as the city it depicts: full of all the drama and excitement of a great narrative and brimming with vivid accounts of momentous events whose causes and effects are still debated today. No St. Louis history buff will want to miss it.

“In 1849 a devastating conflagration raced through St. Louis just when a lethal cholera epidemic was destroying whole families, which was also just when the city was swollen with manic gold seekers who had set out for California. That is only part of the story that Gordon lays our with verve, eyewitness-level observation, and sound scholarly judgment in this, one of the best—and best illustrated—“one year” books I've seen. I find it both irresistible and indispensable.”

“While the fire and cholera epidemic on 1849 are known to even casual students of St. Louis history, Gordon's book offer the first detailed study of both events. Bringing to light powerful firsthand accounts, he paints a vivid pictures of the citizens and cityscape of St. Louis devastated by dual calamities. A must-read for all lovers of local history.”

“St. Louis's core identity emerged during a time when the city's beliefs were being challenged and boundaries were being forged. Gordon weaves the stories from this turbulent time into a legacy of the city's courage and triumph. Fire, Pestilence, and Death is a valuable resource for anyone interested in the history and strengths of this great American city.”