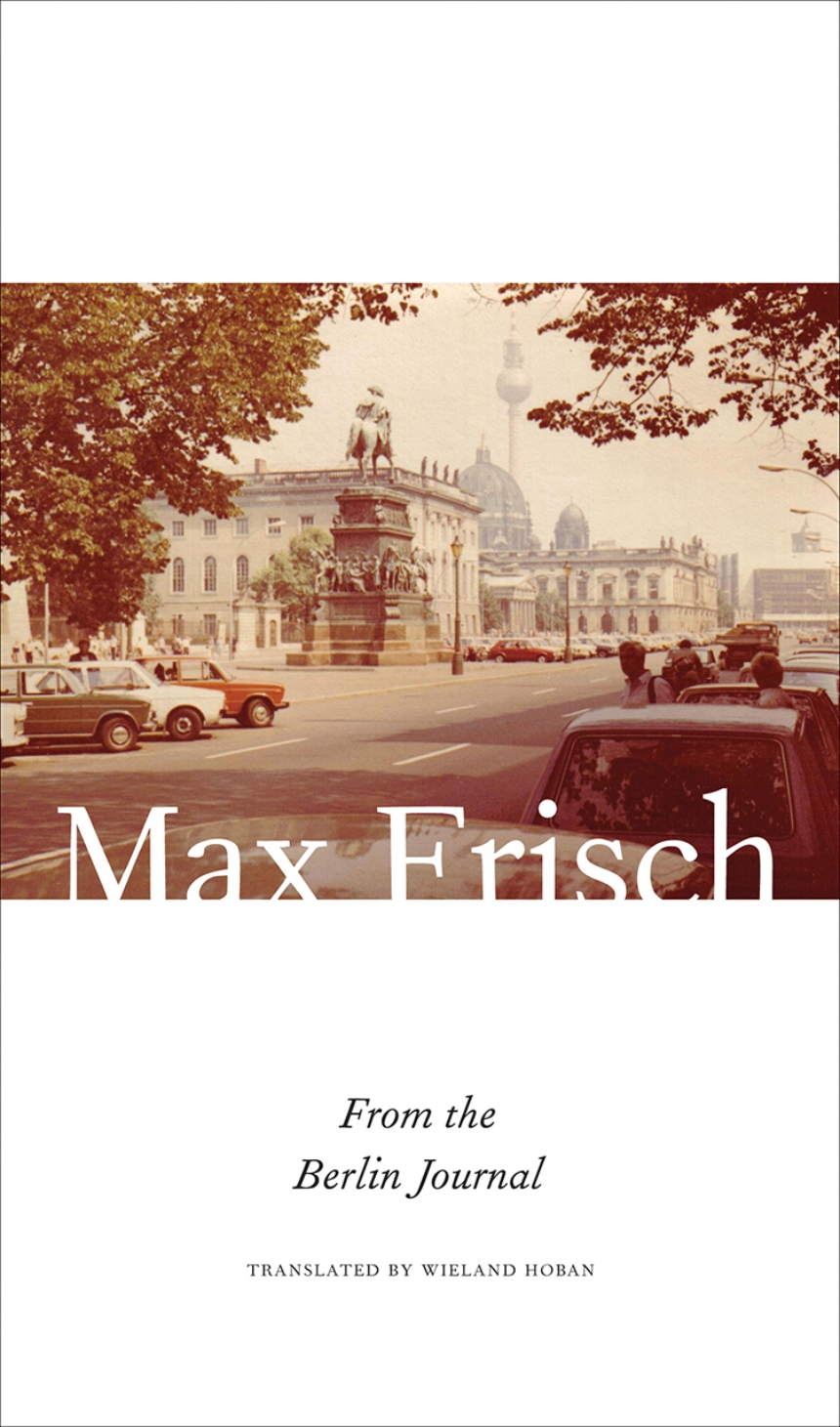 From the Berlin Journal

From the Berlin Journal

Edited by Thomas Strässle and Margit Unser
Translated by Wieland Hoban
Max Frisch (1911–91) was a giant of twentieth-century German literature. When Frisch moved into a new apartment in Berlin’s Sarrazinstrasse, he began keeping a journal, which he came to call the Berlin Journal. A few years later, he emphasized in an interview that this was by no means a “scribbling book,” but rather a book “fully composed.” The journal is one of the great treasures of Frisch’s literary estate, but the author imposed a retention period of twenty years from the date of his death because of the “private things” he noted in it. From the Berlin Journal now marks the first publication of excerpts from Frisch’s journal. Here, the unmistakable Frisch is back, full of doubt, with no illusions, and with a playfully sharp eye for the world.

From the Berlin Journal pulls from the years 1946–49 and 1966–71. Observations about the writer’s everyday life stand alongside narrative and essayistic texts, as well as finely-drawn portraits of colleagues like Günter Grass, Uwe Johnson, Wolf Biermann, and Christa Wolf, among others. Its foremost quality, though, is the extraordinary acuity with which Frisch observed political and social conditions in East Germany while living in West Berlin.

"Frisch is remembered for innovative plays and experimental prose on the themes of identity, self-delusion, anti-Semitism, and the clash between cultural heritage and materialism. Frisch moved to Berlin in 1973, and it was there that his increasingly autobiographical writings began to reveal a tormented soul teetering on the brink of self-loathing. . . . The Berlin journal is distinguished by a Kafkaesque combination of real-life events, musings, dreams, distant memories and preliminary sketches."