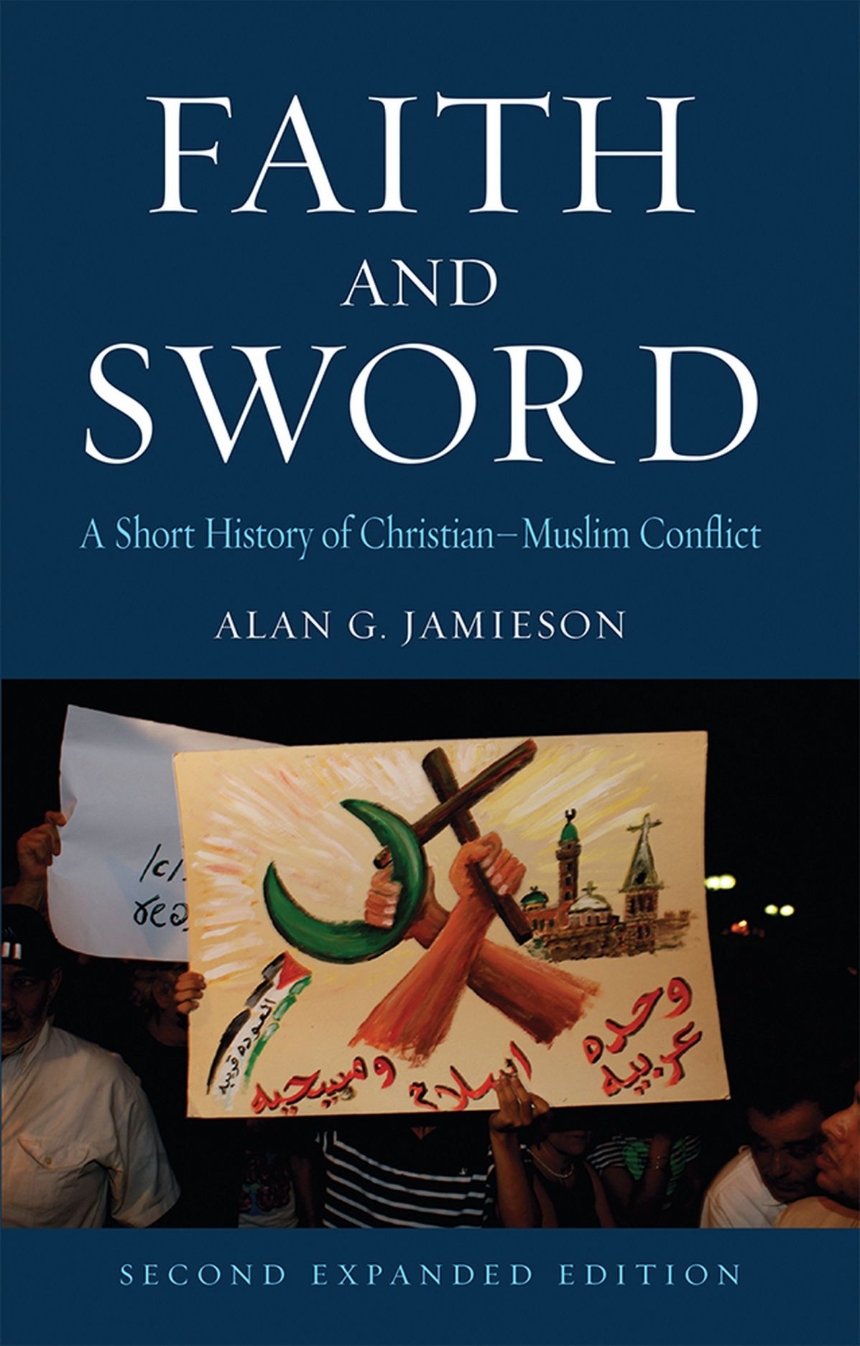 With the recent surge in terrorist acts and military confrontations, as well as ever-strengthening fundamentalist ideologies, the Christian–Muslim divide is perhaps more visible than ever—but it is not new. Alan G. Jamieson explores here the long and bloody history of the Christian–Muslim conflict, revealing in his concise yet comprehensive study how deeply this ancient divide is interwoven with crucial events in world history.
Faith and Sword opens with the tumultuous first centuries of the conflict, examining the religious precepts that framed clashes between Christians and Muslims and that ultimately fueled the legendary Crusades. Traversing the full breadth of the Arab lands and Christendom, Jamieson chronicles the turbulent saga from the Arab conquests of the seventh century to the rise of the powerful Ottoman Empire and its fall at the end of World War I. He then explores the complex dynamics that emerged later in the twentieth century, as Christendom was transformed into the secular West and Islamic nations overthrew European colonialism to establish governments straddling modernity and religiosity.
From the 1979 Iranian revolution to the Lebanon hostage crisis to—in this new expanded edition—the recent wars in Syria, Iraq, and Afghanistan, Faith and Sword reveals the essence of this enduring struggle and its consequences.

“[A] sedulous, unapologetic presentation of facts. . . . Opens our eyes to an inescapable truth: Christians and Muslims fought wars for more than 1,000 years.”