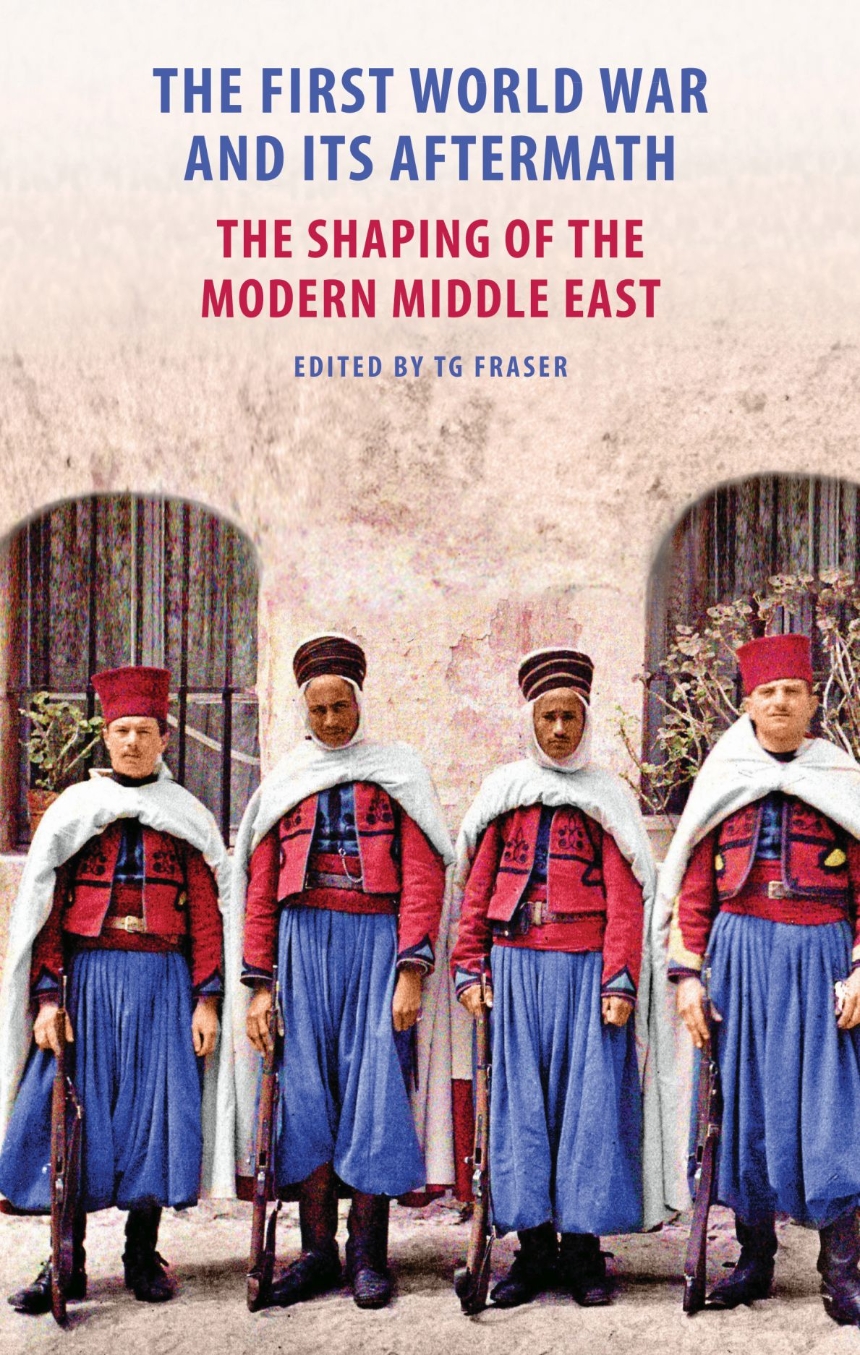 The First World War and Its Aftermath

The Shaping of the Middle East

The First World War and Its Aftermath

The Shaping of the Middle East

Think of a map of World War I and chances are that map will be of Europe—but the First World War had just as heavy an impact on the Middle East, shaping the region into what we know it as today. This book gathers together leading scholars in the field to examine this impact, which is crucial to understanding the region’s current problems and the rise of groups like the Islamic State.

In addition to recounting the crucial international politics that drew fierce lines in the sands of the Middle East—a story of intrigue between the British, Russians, Ottomans, North Africans, Americans, and others—the contributors engage topics ranging from the war’s effects on women, the experience of the Kurds, sectarianism, the evolution of Islamism, and the importance of prominent intellectuals like Ziya Gökalp and Michel ‘Aflaq. They examine the dissolution of the Ottoman empire, the exploitation of notions of Islamic unity and pan-Arabism, the influences of Woodrow Wilson and American ideals on Middle East leaders, and likewise the influence of Vladimir Lenin’s vision of a communist utopia. Altogether, they tell a story of promises made and promises broken, of the struggle between self-determination and international recognition, of centuries-old empires laying in ruin, and of the political poker of the twentieth century that carved up the region, separating communities into the artificial states we know today.

“Fraser edited this collection of important, well researched essays on topics relating to a period that in many ways created today’s Middle East—notably, its political map and many of its problems. Fraser’s excellent, informative introductory chapter focuses on the period ending in 1923, but several contributors go considerably beyond that date, and there is much emphasis on the lasting impact of these years on shaping national identities (and “toxic sectarianism”). One contributor makes cogent points about how immediate post–Great War events led to the recent emergence of the Islamic State in the Fertile Crescent. This volume typifies the miscellaneous nature of collections of papers growing out of conferences, but all the essays represent scholarship of high quality. . . . Specialists in a wide variety of disciplines will find valuable analyses of such topics as wartime hunger and how it has been remembered, some key literary figures, the status of women, oil, and much more on the rise of nationalist movements. . . . Highly recommended.”

Introduction: the political transformation of the Middle East 1914–1923

1. The rise of Egyptian nationalism and the perception of foreigners in Egypt 1914–1923

2. The antecedents and implications of the so-called Anglo-Sanussi War 1915–1917

3. British intelligence and Arab nationalism: the origins of the modern Middle East

4. The First World War and its legacy for women in Iraq

5. From anti-imperial dissent to national consent: the First World War and the formation of a trans-sectarian national consciousness in Lebanon

6. Historicising hunger: the famine in wartime Lebanon and Syria

7. The patriarch, the amir and the patriots: civilisation and selfdetermination at the Paris Peace Conference

8. A thoroughly modern Caliphate: could legitimate governance for the Middle East in the aftermath of the First World War have been found by looking within?

9. From the Archduke to the Caliph: the Islamist evolution that led to ‘The Islamic State’

10. Some reflections on whether the Mandates were a slow burning fuse for toxic sectarianism in Arab countries

11. Oil, state and society in Iran in the aftermath of the First World War

12. The new Arab intellectuals of the post-First World War period: the case of Taha Husayn

13. A tale of two nationalists: parallelisms in the writings of Ziya Gökalp and Michel Aflaq

14. Women, war and the foundations of the Turkish Republic: the vision of New Womanhood in Halide Edib Adıvar’s The Shirt of Flame (1922)

15. The limits of soft power: why Kurdish nationalism failed in the French Mandate of Syria

16. The other jihad: Enver Pasha, Bolsheviks, and politics of anticolonial Muslim nationalism during the Baku Congress 1920

17. A point of order: a battle for autonomy in the First Legislative Council of Transjordan

18. Drawing the line: Calouste Gulbenkian and the Red Line Agreement of 1928