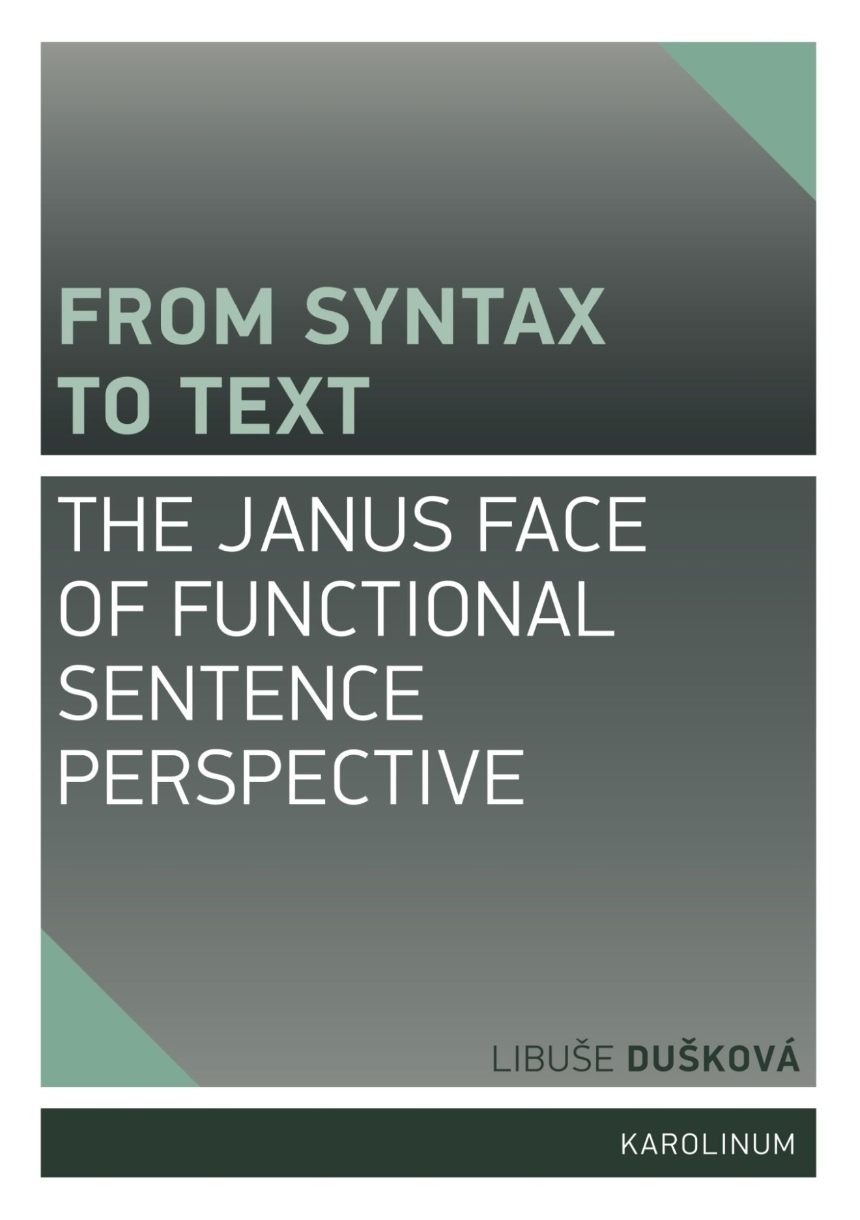 From Syntax to Text

From Syntax to Text

2. Syntax FSP Interface
9. From the heritage of Vilém Mathesius Jan Firbas: Syntax in the service of FSP
10. Basic distribution of communicative dynamism vs. nonlinear indication of functional sentence perspective
11. Synonymy vs. differentiation of variant syntactic realization of FSP functions
12. Syntactic forms of the presentation scale and their differentiation
13. Systemic possibilities of variable word order and their realization in text
14. Note on a potential textual feature of putative should
15. On Bohumil Trnka’s concept of neutralization and its nature on the higher language levels
16. Some thoughts on potentiality in syntactic and FSP structure


3. FSP and Semantics
17. The relations between semantics and FSP as seen by Anglicist members of the Prague Linguistic Circle
18. Expressing indefiniteness in English