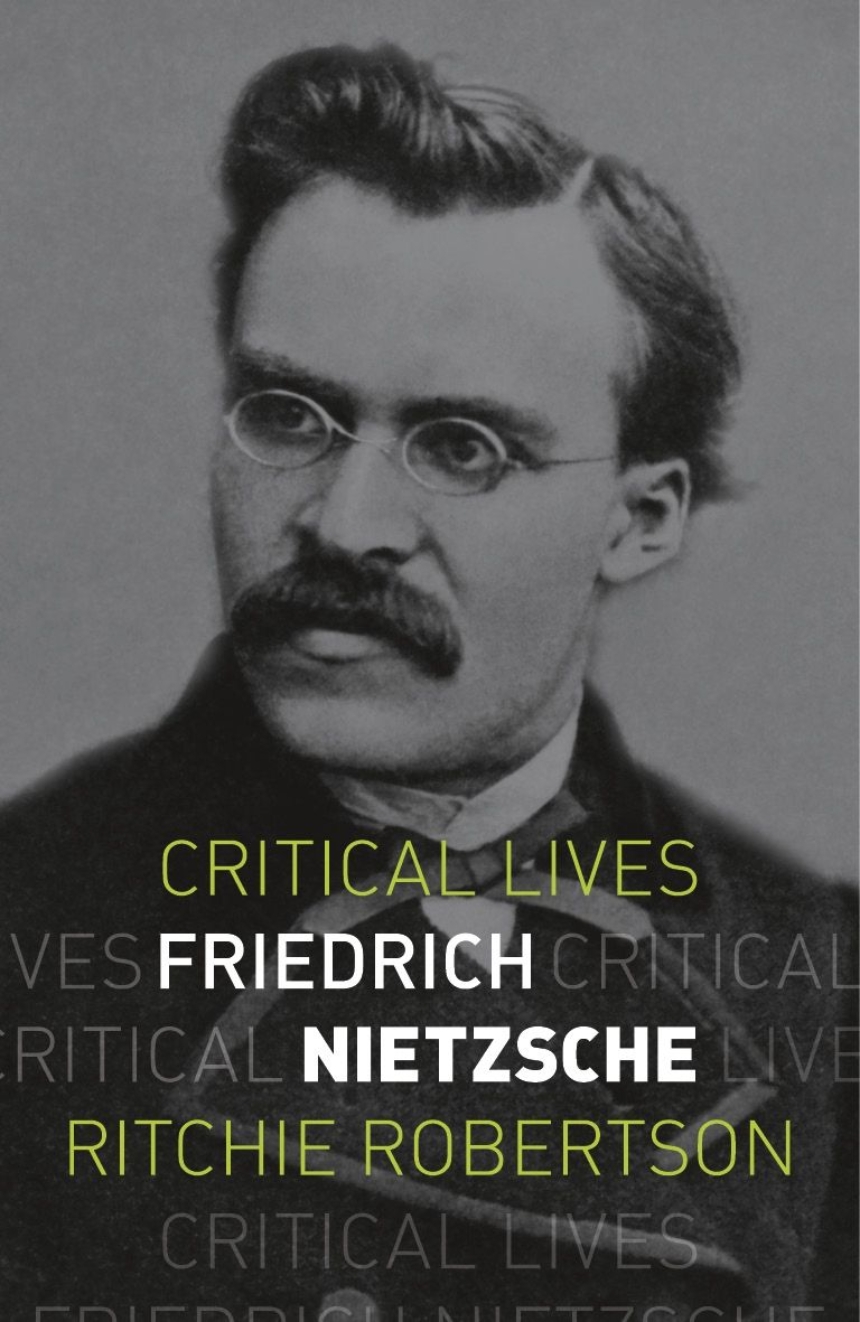 An accessible and informative study of the life and work of this vaunted German philosopher.

In this concise yet comprehensive critical biography, Ritchie Robertson examines the work of Friedrich Nietzsche within the context of his life. The book traces Nietzsche’s development from outstanding classical scholar to cultural critic, who measured Imperial Germany by the standards of ancient Greece. It follows him on his path from a prophet (in the persona of Zarathustra) to a savage polemicist against modern liberal values, offering a “philosophy of the future.” Robertson argues that Nietzsche’s middle-period writings offer a subtle and searching analysis of his culture, more rewarding than the strident and often-controversial later works. The book also assesses Nietzsche’s claim to be continuing the Enlightenment and shows that he valued reason, evidence, and fact, without which his historical case against Christianity would make no sense.

"Robertson’s Friedrich Nietzsche is destined to become the best short introduction to the life and writings of the philosopher. Robertson is not a Nietzsche apologist; he faces squarely and honestly Nietzsche’s shortcomings. . . . But at the same time he recognizes Nietzsche’s importance for the history of philosophy and his seminal role in challenging the assumptions and easy truths of his predecessors. This type of balanced and informed account is rare in Nietzsche scholarship, and Robertson’s scrupulous incorporation of previous research and exceptionally lucid prose make this book all the more welcomed as an introductory study."