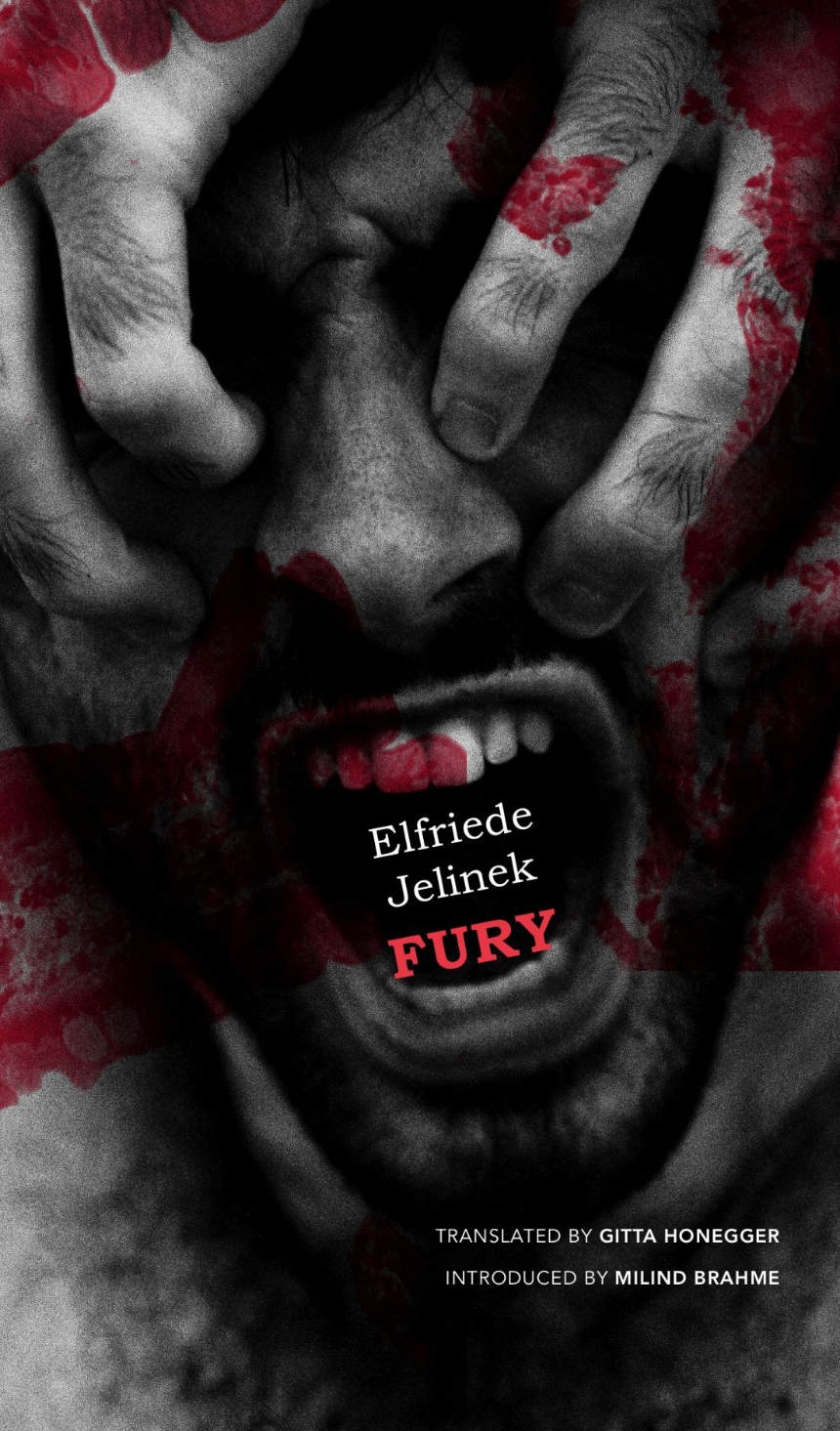 Translated by Gita Honegger
With an Introduction by Milind Brahme

Translated by Gita Honegger
With an Introduction by Milind Brahme

A new play from Nobel Prize winner Elfriede Jelinek that deals with the 2015 terror attack on the satirical French magazine Charlie Hebdo’s offices in Paris.

In Greek mythology, it is Hera who blinds the hero Heracles, so that, in a fit of fury, he kills his own family. In the twenty-first century, the gods have another name. So did the three young men who stormed a magazine’s editorial office and a Jewish supermarket in Paris in January 2015 and murdered twelve people. The blind fury, however, remained and more virulent than ever, not least because the weapons were so much more effective.

In this raging text, arguably one of her darkest, Nobel Prize winner Elfriede Jelinek investigates topical political events in the context of enduring history and myths. Fury expresses itself not only multi-voiced and from the changing perspective of Islamist terrorists (and their special hatred of Jews), in the shape of furious German citizens, individual narcissistic humiliation, or brutal distribution battles around the globe. Rather, fury also appears as the motor that has driven people with a devastating force for centuries.

With her characteristic linguistic power, Jelinek articulates her own disconcertedness in the face of these crimes. In passing, she returns repeatedly to the contradiction between religious laws against representation and the deluge of images online, where movies of assassination, severed heads, and other atrocities are exhibited for millions to see. Fury is a compact grand epic that starts in primal times and attempts to describe the indescribable, relating the inexplicable in our times.