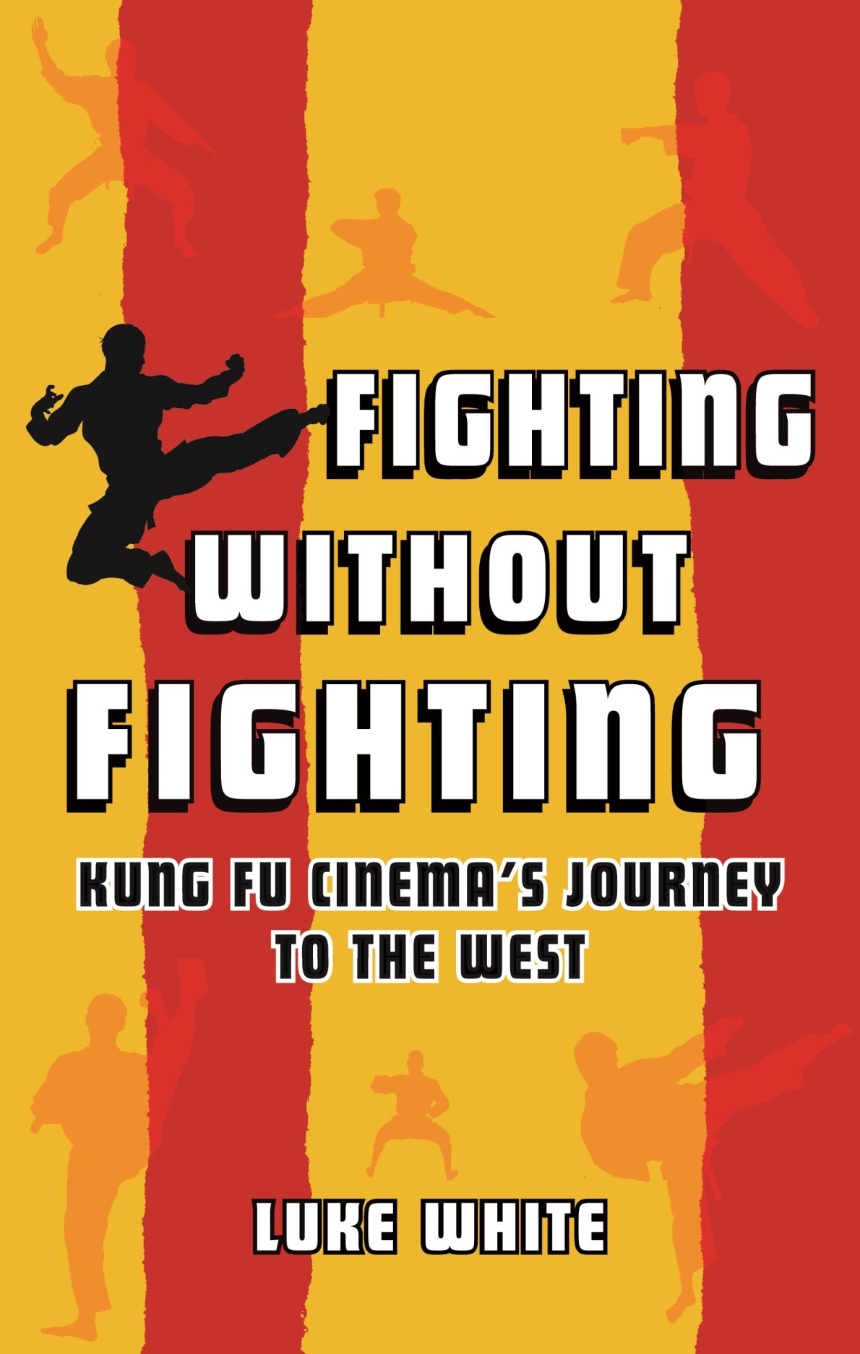 From classic Bruce Lee films to the comedies of Jackie Chan, a vibrant look at the enduring fascination with the kung fu cinema of Hong Kong.

In the spring and summer of 1973, a wave of martial arts movies from Hong Kong—epitomized by Bruce Lee’s Enter the Dragon—smashed box-office records for foreign-language films in America and ignited a “kung fu craze” that swept the world. Fighting without Fighting explores this dramatic phenomenon, and it argues that, more than just a cinematic fad, the West’s sudden fascination with—and moral panic about—the Asian fighting arts left lasting legacies still present today.

The book traces the background of the craze in the longer development of Hong Kong’s martial arts cinema. It discusses the key films in detail, as well as their popular reception and the debates they ignited, where kung fu challenged Western identities and raised anxieties about violence, both on and off-screen. And it examines the proliferation of ideas and images from these films in fields as diverse as popular music, superhero franchises, children’s cartoons, and contemporary art. Illuminating and accessible, Fighting without Fighting draws a vivid bridge between East and West.

“Fans and scholars alike will relish White's remarkable exploration of kung fu cinema's explosive rise in the ‘West’ and its ongoing influence in international culture. Fighting without Fighting is the definitive book on the subject.”

“In this book, White offers a comprehensive yet in-depth look at the ‘Kung Fu Craze’ and its lasting legacy on global popular culture. At once historically grounded and theoretically informed, the book traces kung fu cinema’s journey to the West in all its historical breadth and complexity while also considering it in relation to broader issues of global encounter, identity construction, and the meaning of screen violence. Added to all of this is the clarity and conciseness of the writing, which makes the book a thoroughly enjoyable and engaging read.”

“A comprehensive and exhilarating journey through the cultural history of ‘Kung Fu Fever,’ showing how the Asian martial arts have permeated everything from Blaxploitation cinema and Hanna-Barbera cartoons to seventies disco tunes and Marvel comic books. White’s electric prose crackles with all the brio and rigor of a classic kung fu throwdown.”

Gary Bettinson, editor in chief of “Asian Cinema” and author of “The Sensuous Cinema of Wong Kar-wai”

“From the arrival of King Boxer on Western screens to the arthouse wuxia blockbuster, White traces the legacy of Chinese martial arts cinema in the West in this engaging and insightful study. Whether you’re interested in Bruce Lee, the interaction between kung fu, Blaxploitation, and hip-hop, or fighting heroines such as Angela Mao Ying, this is an essential read.”

“In Fighting without Fighting, White explores the origins of the 1970s ‘Kung Fu Craze’ in Chinese culture, the resonances of ‘Eastern’ and oppressed heroes and heroines, and the ways in which their spectacular bodies were dramatized in innovative cinematography. He describes their impact on feminism, Black American cultures, music, videogames, and renegotiations of masculinity, showing how an opening up to aspects of the ‘Oriental’ revised and enriched mid-twentieth-century sensibilities, and how revisiting them enlightens contemporary debates on decolonization. He traces influences and echoes in contemporary world cinema and speculative fictions, where the magical and mystical meet with politics of race, gender, and empowerment. This amounts to an expert and ambitious narrative that spirals outwards from the advent of Kung Fu in ’70s Hong Kong and Hollywood to encompass a wide historical, geographic, and ideological scope in which Bruce Lee is a persistent presence, and has the last word.”

Barry Curtis, professor at the University of the Arts, London, author of “Dark Places: The Haunted House in Film”

“For anyone interested in the history and issues raised by the spread and development of East Asian martial arts on international screens, Fighting without Fighting: Kung Fu Cinema’s Journey to the West is the place to start. White gives a fast-paced and insightful account of the history of the West’s relationship with East Asian martial arts and action films. In the process, he also sets out the cultural concerns and themes that have accompanied the movement, and provides valuable insight into the academic and cultural debates around them—zoning in on issues of East/West cultural encounter, ethnicity, class, and gender. This is an expansive and up-to-date overview of kung fu cinema’s transnational spread and development.”

“This engagingly written book will be of great value for the scholars of kung fu cinema and martial arts aficionados seeking to expand their horizons about the development of the genre in the past five decades. White’s insightful and nuanced analysis not only helps us reexamine the enduring impact of the kung fu craze in the 1970s, but also rethink the key role that the genre plays in transnationalizing cinema in the era of globalization. With its inviting style, this work will enhance both film and martial arts studies collections.”

“White is uniquely positioned, as equal parts fan and scholar, to tell the fascinating story of martial arts cinema’s journey through popular culture. Fighting without Fighting includes loving and intelligent tributes to everything from the films of the Shaw Brothers and Golden Harvest, such as King Boxer, Lady Whirlwind, and Enter the Dragon, through American films and television series, such as Billy Jack, Kung Fu, and Black Belt Jones, to contemporary martial arts offerings as diverse as Buffy the Vampire Slayer, Crouching Tiger, Hidden Dragon, and Daredevil. White also offers provocative insights and nuanced arguments with respect to the importance of martial arts media in foregrounding and negotiating complex issues from national, racial, and gender identities to the significance of debates about both mediatized and real-life violence, and the potential peril in and promise of martial arts media and practice as a means to ethical transformation and self-actualization. Equally rich in enthusiasm and expertise, Fighting without Fighting is a commendable achievement in passionate fandom and penetrating scholarship—a must-read for all fans and scholars interested in martial arts, media studies, and cultural theory.”