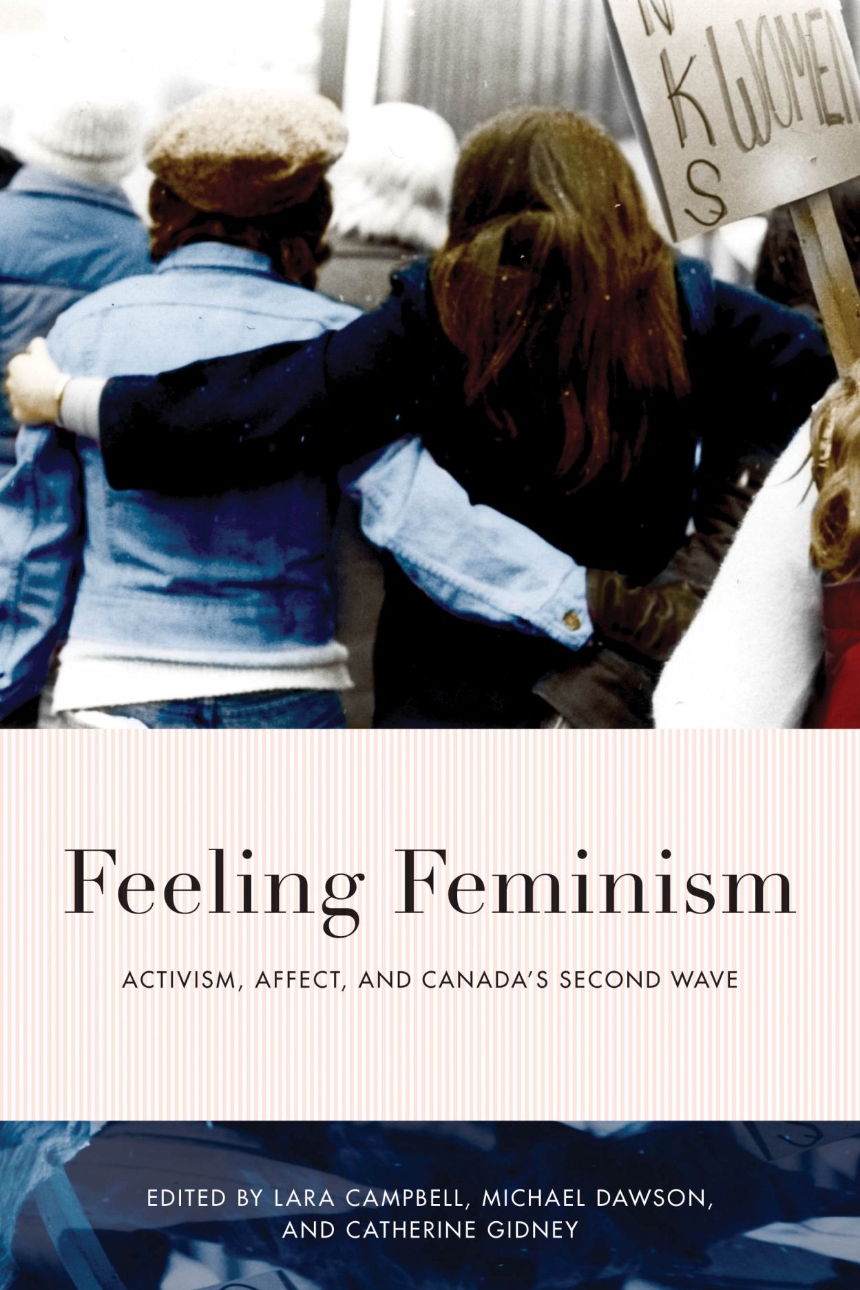 An analysis of how emotions shape and nourish feminist activism.

From the anger behind beauty pageant protests to the fury that galvanizes the fire bombings of pornographic video stores, emotions are a powerful but often unexamined force underlying feminist activism. They are at play in the experiences of injustice, exclusion, caring, and suffering that have fed women’s commitment to building and sustaining a new world. Feeling Feminism examines how emotions such as anger, rage, joy, and hopefulness influenced second-wave feminist thought and action across Canada. Drawing on affect theory to convey the passion, sense of possibility, and collective political commitment that has characterized feminism, contributors reveal its full impact on contemporary Canada and highlight the contested, sometimes exclusionary nature of the movement itself.

“Feeling Feminism is an outstanding, vital book, providing not only an emotional history of second-wave feminism but also a superb overview of feminist activism in the years after the Second World War.”