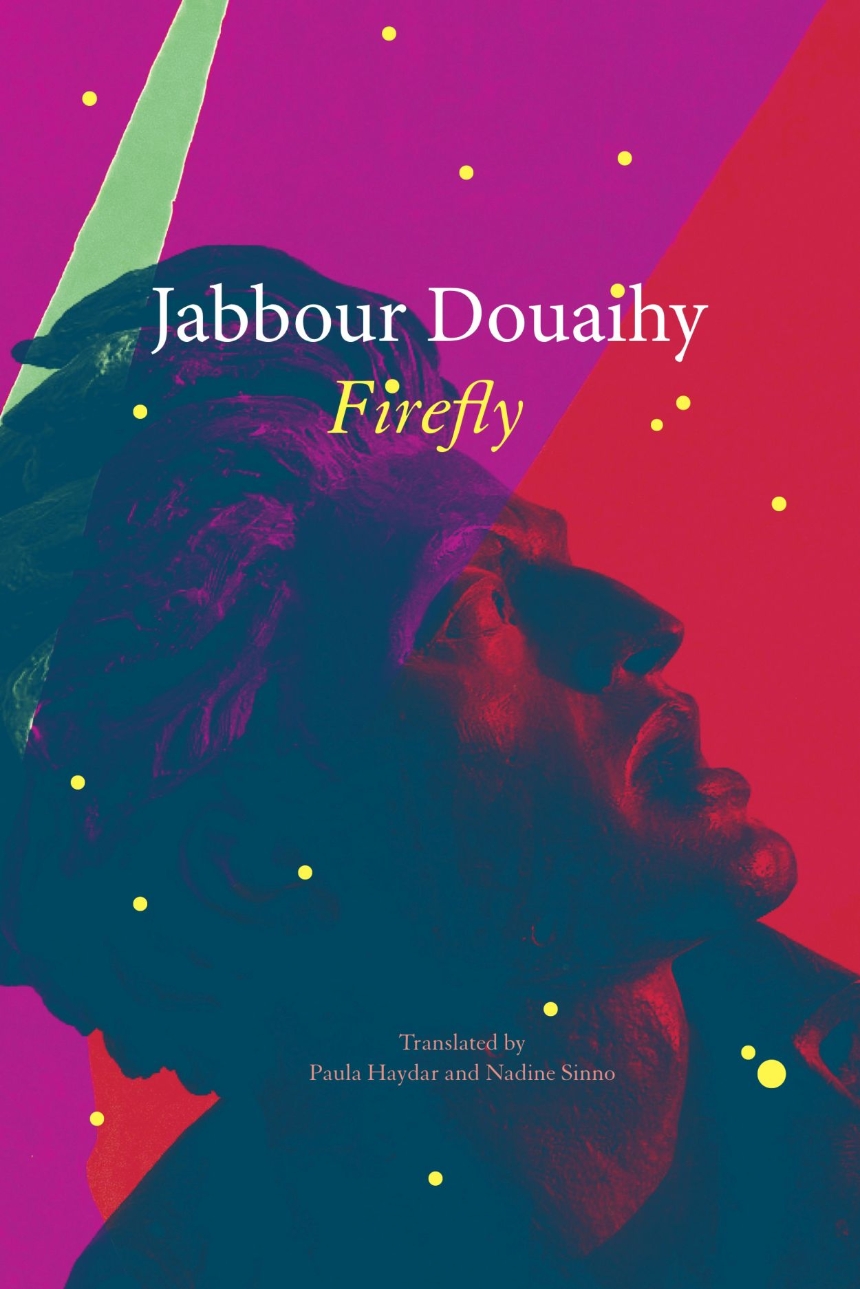 Translated by Paula Haydar and Nadine Sinno
A powerful novel of a young man living between Muslim and Christian worlds amid the Lebanese Civil War.

Firefly paints a searing portrait of the city of Beirut at the outbreak of the Lebanese Civil War in the early 1970s, as seen through the eyes of its simple, yet perplexing, protagonist, Nizam al-Alami. On Nizam’s national ID card, no religion is listed. Muslim by birth, he is Christian by baptism. As a young boy, he found his way into an orchard while playing, and its owners, Touma and Rakheema, instantly fell for him and agreed to raise him as their own, as a Christian, without much resistance from his Muslim parents.

When he is grown, Nizam makes his way to Beirut to study law. Unable to bear the confines of the classroom, he abandons college to explore the city as he pleases. His apartment soon becomes a meeting place for his communist comrades, and he falls in love with Janan, the tormented artist whose dark paintings prophesy the city’s bloody future. When Beirut explodes, and the city is divided into a Christian East and a Muslim West, Nizam’s apartment turns into a hideout for armed militiamen, and Burj Square is emptied of everything except the Martyrs’ Statue that bears witness to the city’s most difficult moments. Nizam, too, bears witness, as he sees the corpses of the civil war’s victims pile up.

Jabbour Douaihy takes us through Nizam’s adventures and struggles as he faces stigmatization, homelessness, and violence in a society that considers him an outsider. Like the light-producing, charismatic fireflies that captured his imagination and eluded him as a child, Nizam is the glimmer of hope epitomized by those who reject binary identities in favor of the in-between. But how long, Douaihy asks, can this glimmer of hope truly last?

Part One: Lavender and Other Things
Part Two: Beirut? There’s Beirut for You
Part Three: Are You Ahmad?
Part Four: Firefly