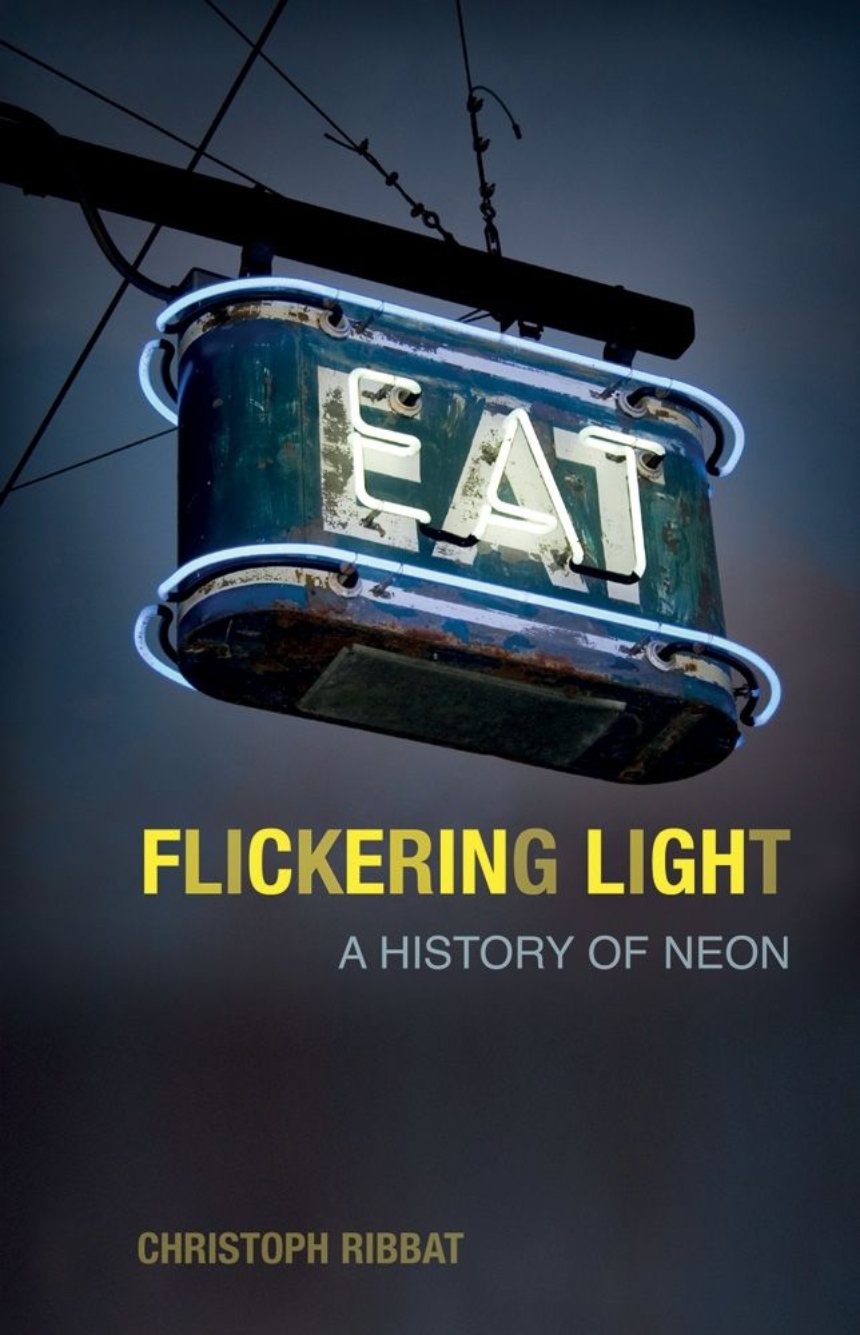 A History of Neon

A History of Neon

Translated by Anthony Mathews
Without neon, Las Vegas might still be a sleepy desert town in Nevada and Times Square merely another busy intersection in New York City. Transformed by the installation of these brightly colored signs, these destinations are now world-famous, representing the vibrant heart of popular culture. But for some, neon lighting represents the worst of commercialism. Energized by the conflicting love and hatred people have for neon, Flickering Light explores its technological and intellectual history, from the discovery of the noble gas in late nineteenth-century London to its fading popularity today.
Christoph Ribbat follows writers, artists, and musicians—from cultural critic Theodor Adorno, British rock band the Verve, and artist Tracey Emin to Vladimir Nabokov, Langston Hughes, and American country singers—through the neon cities in Europe, America, and Asia, demonstrating how they turned these blinking lights and letters into metaphors of the modern era. He examines how gifted craftsmen carefully sculpted neon advertisements, introducing elegance to modern metropolises during neon’s heyday between the wars followed by its subsequent popularity in Las Vegas during the 1950s and ’60s. Ribbat ends with a melancholy discussion of neon’s decline, describing how these glowing signs and installations came to be seen as dated and characteristic of run-down neighborhoods.
From elaborate neon lighting displays to neglected diner signs with unlit letters, Flickering Light tells the engrossing story of how a glowing tube of gas took over the world—and faded almost as quickly as it arrived.

“Flickering Light, Christoph Ribbat’s intriguing history of neon, explores neon’s use in art, its value in advertising, and its cultural legacy.”

“Ribbat is particularly good at situating the novelty of neon within its larger historical context, elucidating how its development resonated with and reflected the shaping forces of the twentieth century.”

“Wide-ranging history of neon—both the gas and the signage—taking in everything from Nelson Algren’s pulpy novels of urban alienation, to East German adverts, to an obscure album track by The Verve. . . . Ribbat deserves credit for giving this intriguing and neglected subject the attention it has been crying out for.”

“Ribbat’s book is a concise and revealing history of this once maligned, now nostalgically fashionable lighting beloved of retro connoisseurs, and also considers neon’s place in modern art and popular music. Neon will never return to prominence, but it will continue to function as a romantic signifier of a rapidly disappearing form of urbanity.”

“Flickering Light describes not only the commercial development of neon—as advertising and signage—but more interestingly weaves around this its cultural influences as metaphor and inspiration for the writers, artists, and musicians who throughout the twentieth and early-twenty-first centuries have made reference to it in their work.”

“This survey of the century-old material is pleasingly unconcerned with reclassifying the greatest neon commercial signage as art, as if that were to somehow ennoble it. Presented against the work of neon artists such as Burce Nauman, Lili Lakich, and Dan Flavin, we see how the same material can be a means to different and equally satisfying ends.”