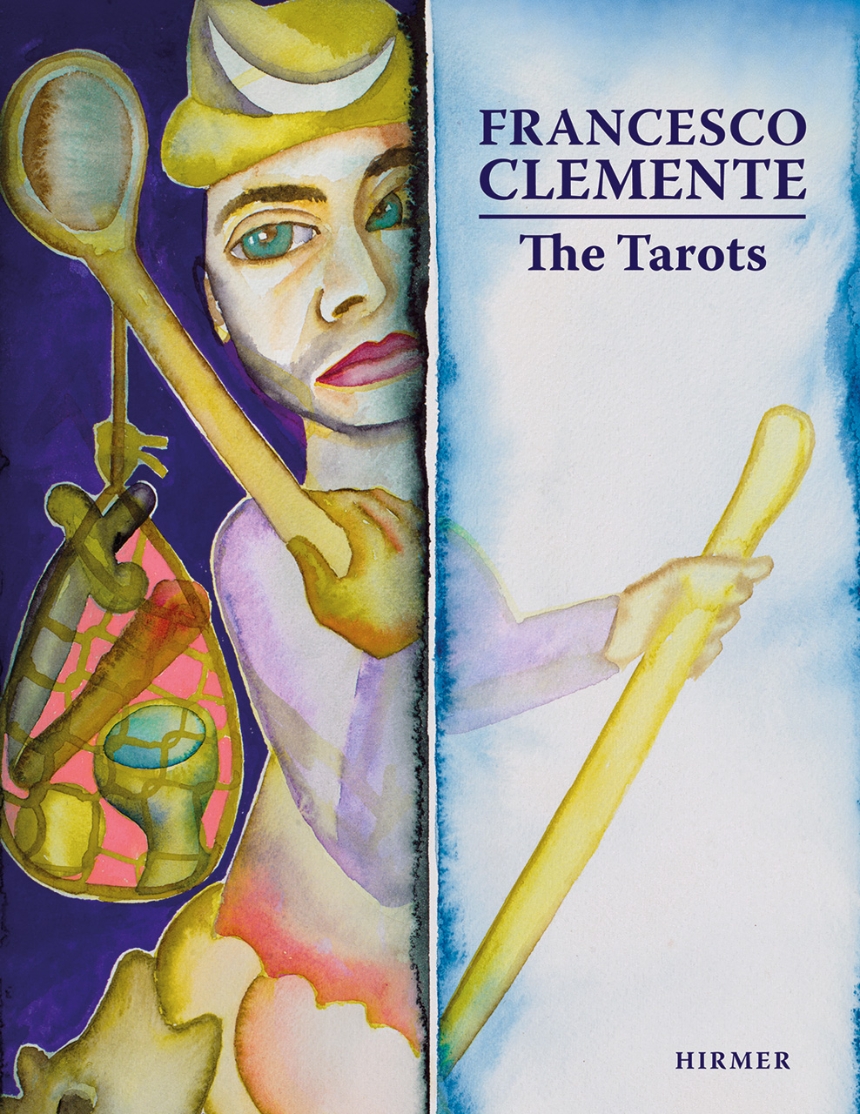 Since the fifteenth century, tarot cards have remained a source of wonder and fascination for those seeking to divine the future. Drawing the card depicting the coveted wheel of fortune is believed to foretell favorable events, but turn over the tower or death card and adversity may be headed your way. Mysterious, rich in symbolism, and hinting at the arcane, tarot cards also display considerable artistry and visual appeal. In Francesco Clemente: The Tarots, Clemente uniquely reinterprets the deck with a star-studded group of unexpected subjects.

Presented here are the seventy-eight watercolors that make up the artist’s tarot card series. Begun in 2008, the paintings include family and friends and reflect important personal relationships. Since 1981, Clemente has been a resident of New York and many of the paintings—including the twenty-two cards of the higher arcana—depict New Yorkers, making this series, in the artist’s words, “my portrait of the city.” Among the personalities whose likenesses are included this series are Salman Rushdie, Fran Lebowitz, Jasper Johns, Philip Glass, Diane von Fürstenberg, Colm Tóibín, and Scarlett Johansson. Clemente has always had a keen interest in the spiritual, and the book also includes twelve self-portraits representing each of the twelve apostles. Rounding out the extensive illustrations are essays by Max Seidel, Marzia Faietti, Antonio Natali, and Francesco Pellizzi examining the series.
Clemente is among the most recognized and established contemporary artists in America today, and this book—created to accompany an exhibition at the Uffizi Gallery in Florence—makes his most recent work available to readers for the first time.

The Tarots
The Contemporary Aspirations of an Ancient Collection
Marzia Faietti
The Uffizi and Contemporary Art. Luciano Berti’s Brainwave to Mark the Gallery’s Fourth Centenary
Antonio Natali
Self-Portraits as the Twelve Apostles
Towards the "Apostles" of Francesco Clemente
Francesco Pellizzi