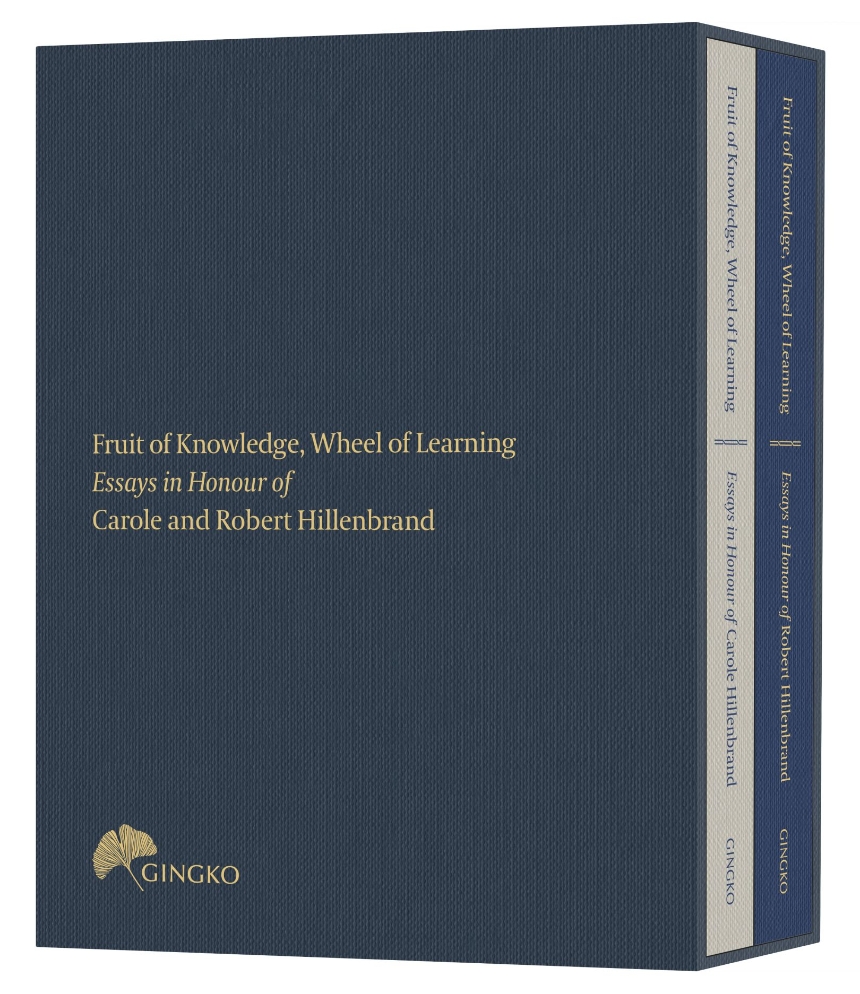 Essays in Honour of Professors Carole and Robert Hillenbrand

Essays in Honour of Professors Carole and Robert Hillenbrand

Carole and Robert Hillenbrand are legendary British professors, both of whom have made immense contributions to the fields of Islamic history and art history, and they are highly respected and beloved by the academic community. For these two volumes, editors Melanie Gibson and Ali Ansari have gathered an eclectic mix of scholarly contributions by colleagues and by some of their most recent students who now occupy positions in universities worldwide. The eleven articles in the volume dedicated to Carole Hillenbrand include research on a range of topics, including the elusive Fatimid caliph al-Zafir, a crusader raid on Mecca, and the Persian bureaucrat Mirza Saleh Shirazi’s history of England. In Robert Hillenbrand's volume, the thirteen articles include studies of a rare eighth-century metal dish with Nilotic scenes, Chinese Qur’ans, the process of image-making in both theory and practice, and a shrine in Mosul destroyed by ISIS.