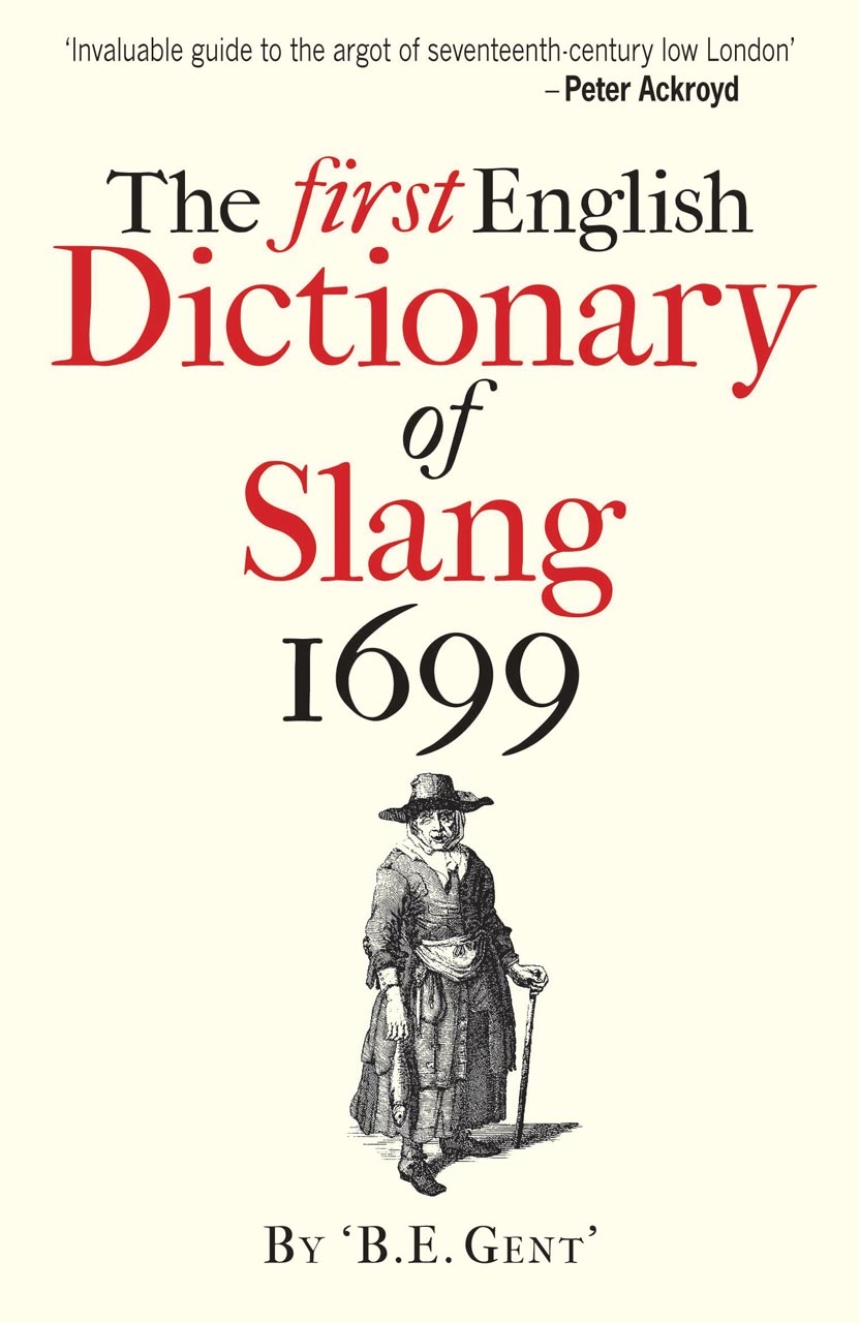 The First English Dictionary of Slang, 1699

The First English Dictionary of Slang, 1699

It’s a shame that so many very apt words fall out of common use over time, like “blobber-lippd,” which means having lips that are very thick, hanging down, or turning over; and “chounter”, which is to talk pertly, and sometimes angrily. Both words can be found in The First English Dictionary of Slang, originally published in 1699 as A New Dictionary of Terms, Ancient and Modern, of the Canting Crew by B. E. Gentleman. Though a number of early texts, beginning in the sixteenth century, codified forms of cant—the slang language of the criminal underworld—in word lists which appeared as appendices or parts of larger volumes, the dictionary of 1699 was the first work dedicated to slang words and their meanings. It aimed to educate the more polite classes in the language and, consequently, the methods of thieves and vagabonds, protecting the innocent from cant speakers and their activities.

This dictionary is also the first that attempts to show the overlap and integration between canting words and common slang words. Refusing to distinguish between criminal vocabulary and the more ordinary everyday English of the period, it sets canting words side by side with terms used in domestic culture and those used by sailors and laborers. With such a democratic attitude toward words, this text is genuinely a modern dictionary, as well as the first attempt by dictionary makers to catalog the ever-changing world of English slang.

Reproduced here with an introduction by John Simpson, chief editor of the Oxford English Dictionary, describing the history and culture of canting in the seventeenth and eighteenth centuries, as well as the evolution of English slang, this is a fascinating volume for all who marvel at words and may wish to reclaim a few—say, to dabble in the parlance of a seventeenth-century sailor one day and that of a vagabond the next.

"A fascinating insight into a bygone linguistic age."

"An invaluable guide to the argot of seventeenth-century low London."

“Gent began the literate taste for slang that continues today.”

“A brilliant Christmas stocking-filler for any lover of language or social history.”

“Opening it at random, one is plunged back into late 17th-century London, specifically the criminal underworld of narrow streets, ale-houses, and brothels, of sheds crammed with stolen goods, stinking debtor’s prisons, and public hangings.”

“The continuing value of this compilation is not just its historical interest, but the insight that it gives into the urban life of the period.”

"Thanks to the unearthing of a seventeenth-century text—originally printed as ‘A New Dictionary of the Terms Ancient and Modern of the Canting Crew’ and newly titled The First English Dictionary of Slang, 1699—we can now learn the sorts of wordsounds heard on the streets of London by the likes of John Milton, Andrew Marvell and probably even Shakespeare himself. . . . Written anonymously by a mysterious ‘B.E. Gent,’ the book is not a dictionary in the modern sense but an amalgam of words centered on ‘cant’—the prurient, rude and witty. But it includes many non-canting words. Above all, The First English Dictionary of Slang gives us a sense of how rich a mine the English language is and how ingenious its users. Slang is eternal.”

"A fantastically browseable book. Almost every page turns up quaint curiosities that didn't become standard (Dimber-cove, 'a pretty fellow'; Mulligrubs, 'a Counterfeit Fit of the Sullens'); phrase-bookish constructions such as Fib the Cove's quarrons in the Rum-pad, for the Lour in his Bung ('Beat the Man in the High-way lustily for the Money in his Purse'); humorous entries (e.g., Ambidexter, 'a Lawyer that takes Fees of a Plaintiff and Defendant at once'); entries that highlight differences in worldview and knowledge (Otter, 'an Amphibious Creature, betwixt a Beast and a Fish, a great destroyer of Fish, affording much sport in Hunting') all alongside words we now consider everyday: defunct, ('dead and gone'), elbow-gease ('a derisory Term for Sweat'), Hick ('a silly Country Fellow')."

“Everyone needs a good dictionary in the loo, and this could be it.”

“English gentility was fascinated by the crude, mysterious vocabulary of the ‘canting crew.” The interest was voyeuristic, to be sure, but also practical: knowing what the ruffians were talking about might help you avoid getting your pocket picked if you ventured into the wrong neighborhood. Along with a slew of terms for loose women and strong drink, B. E.’s dictionary also provides a rich array of epithets for fools and simpletons (presumably referring to the folks who were easy marks for pickpocketing).”

Introduction to the 2010 Edition
John Simpson

A New Dictionary of the Terms Ancient and Modern of the Canting Crew by B. E. Gent