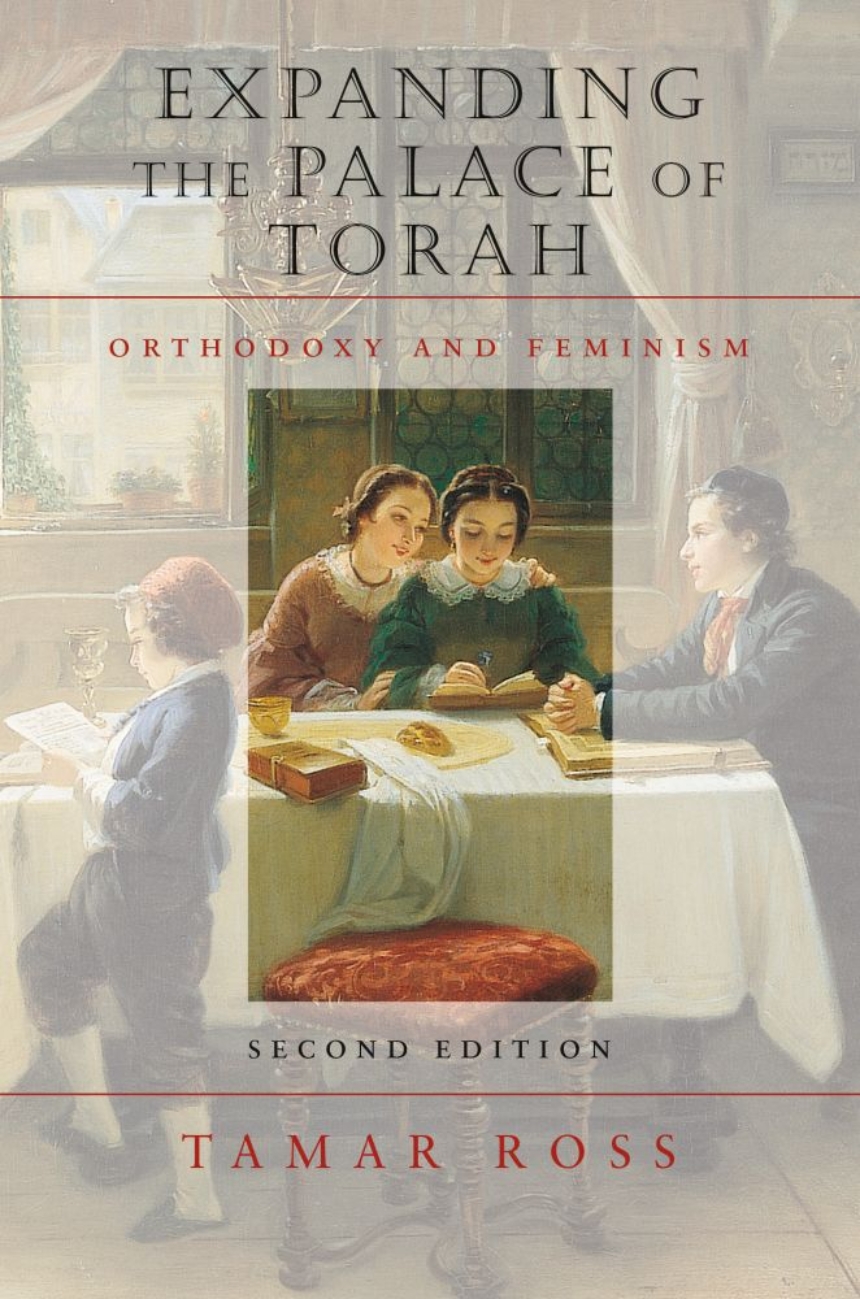 Expanding the Palace of Torah

Expanding the Palace of Torah

Expanding the Palace of Torah offers a broad philosophical overview of the challenges the women’s revolution poses to Orthodox Judaism, as well as Orthodox Judaism’s response to those challenges. Writing as an insider—herself an Orthodox Jew—Tamar Ross confronts the radical feminist critique of Judaism as a religion deeply entrenched in patriarchy. Surprisingly, very little work has been done in this area, beyond exploring the leeway for ad hoc solutions to practical problems as they arise on the halakhic plane. In exposing the largely male-focused thrust of the rabbinic tradition and its biblical grounding, she sees this critique as posing a potential threat to the theological heart of traditional Judaism—the belief in divine revelation.

This new edition brings this acclaimed and classic text back into print with a new essay by Tamar Ross which examines new developments in feminist thought since the book was first published in 2004.

"This may be one of the most important works to date in tracking the changes in Judaism over the past 2000 years."

"[Expanding the Palace of Torah] is a brave, in many ways radical and essential, attempt to deal with the problem seriously, and is a model of erudition and scholarship. . . . Her book offers a powerful alternate theological vision that challenges some of the basic assumptions of the Orthodox Jewish world and gives a glimpse of just how revolutionary feminism could be to Orthodoxy."

"Addressing the practical and the theological challenges that feminism poses to halakah, Ross offers a brilliant study, informed not only by ancient, medieval, and modern Jewish sources, but also by postmodernism, the history of feminism, process theology, mysticism, and legal theory. . . . She finds the key to change in women's increasing knowledge of halakah, whose meaning women can transform by weaving a different narrative . . . Highly recommended."