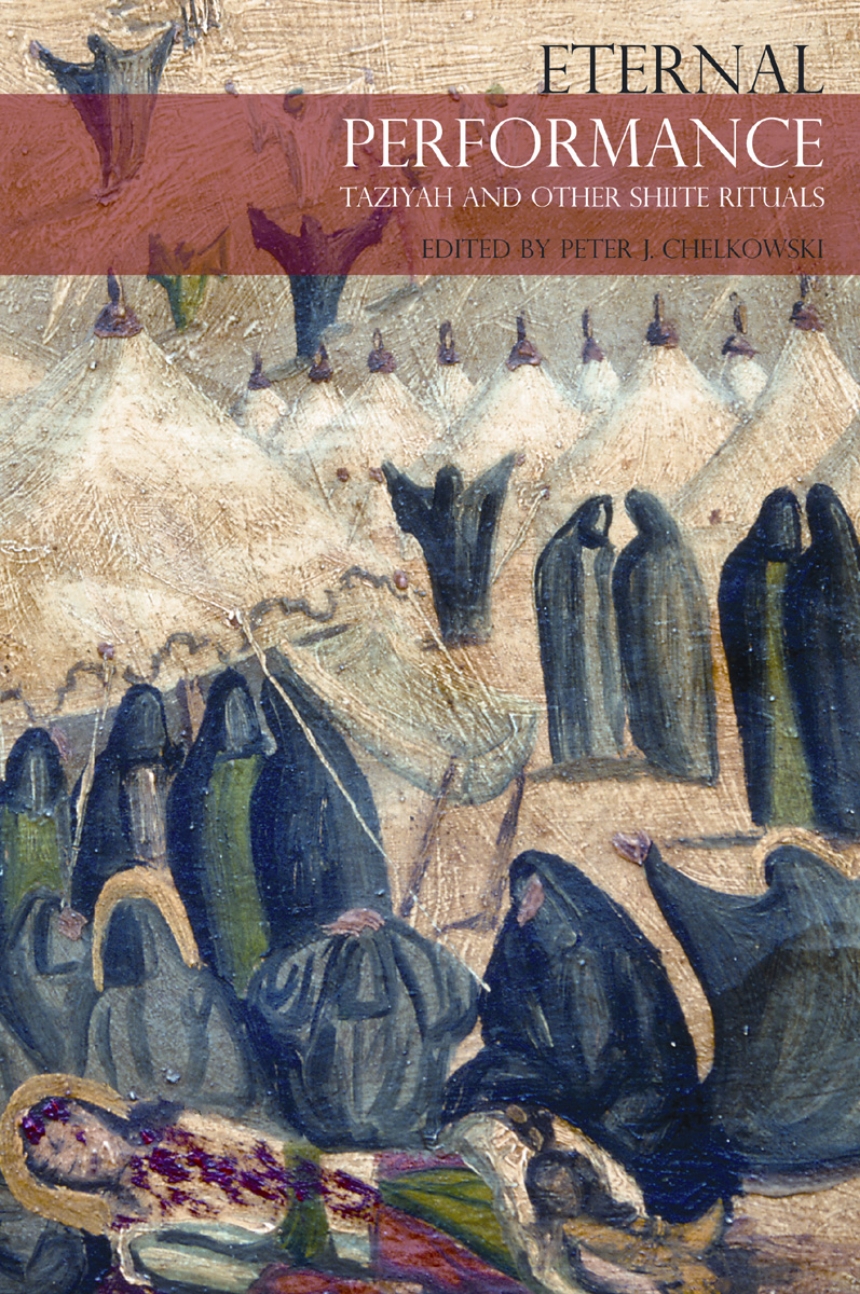 Taziyeh and Other Shiite Rituals

Taziyeh and Other Shiite Rituals

Over the centuries, observances of Muharram, the first month of the Islamic calendar, have traveled far from their origins at Karbala—a windswept desert plain that is now a town in present-day Iraq—where, according to tradition, Hussein, the beloved grandson of Prophet Muhammad, was brutally put to death together with seventy-two of his male companions on the tenth day of the month. For this reason, Muharram is synonymous with both the first month and the tenth day. Hussein’s passion and death are considered the ultimate example of sacrifice for Shia Muslims and scores of rituals devoted to Muharram have developed during the last thirteen centuries, especially in Iran where Twelver Shi’ism became the state religion in the sixteenth century.

As Peter Chelkowski describes in Eternal Performance, many of these rituals were exported to other lands over time. They crossed boundaries and cultures from Iran and Iraq to Lebanon, the Indian subcontinent, North America, and the Caribbean. Yet all Muharram rituals, no matter where or how they are performed, have their origins in Karbala. The transformation and transmission of these observances to their present-day forms around the world are the result of the intersection of multiple races, religions, and artistic traditions. Eternal Performance explores the social, political, cultural, artistic, and religious significance of Muharram rituals for millions of global observers.

Time Out of Memory: Ta’ziyeh, the Total Drama
by Peter J. Chelkowski
The Ta’ziyeh of the Martyrdom of Hussein
translated and with an introduction by Rebecca Ansary Pettys
The Origins of the Sunnite-Shiite Divide and the Emergence of the Ta’ziyeh Tradition
by Kamran Scot Aghaie
Muharram Ceremonies observed in Tehran by Ilya Nicolaevich Berezin (1843)
by Jean and Jacqueline Calmard
Acting Styles and Actor Training in Ta’ziyeh
by William O. Beeman and Mohammad B. Ghaffari
Identification and Analysis of the Scenic Space in Traditional Iranian Theater
by Mohammad Reza Khaki; translated by Iraj Anvar
Peripheral Ta’ziyeh: The Transformation of Ta’ziyeh from Muharram Mourning Ritual to Secular and Comical Theatre
by Iraj Anvar
A View from the Inside: The Anatomy of the Persian Ta’ziyeh Plays
by Sadegh Homayouni
Garden of the Brave in War: Recollections of Iran
by Terence O’Donnell
Karbala Drag Kings and Queens
by Negar Mottahedeh
Compelling Reasons to Sing: The Music of Ta’ziyeh
by Stephen Blum
Ta’ziyeh as Theatre of Protest
by Hamid Dabashi
Shi’ite Narratives of Karbala and Christian Rites of Penance: Michel Foucault and the Culture of the Iranian Revolution, 1978–79
by Janet Afary
Moses and the Wandering Dervish: Ta’ziyeh at Trinity College
by Milla Cozart Riggio
Mohammad B. Ghaffari, Ta’ziyeh Director: an interview with Peter J. Chelkowski
Presenting Ta’ziyeh at Lincoln Center
by Nigel Redden
Ta’ziyeh in France: The Ritual of Renewal at the Festival d’Automne
by Alain Crombecque
Ta’ziyeh in Parma
by Anna Vanzan
Remembering Ta’ziyeh in Iraq
by Elizabeth Fernea
Ritual, Blood, and Shiite Identity: Ashura in Nabatiyya, Lebanon
by Augustus Richard Norton
Shiite Theater in South Lebanon: Some Notes on The Karbala Drama and the Sabaya
by Sabrina Mervin
Flagellation and Fundamentalism: (Trans)forming Meaning, Identity, and Gender though Pakistani Women’s Rituals of Mourning
By Mary Elaine Hegland
The Heart of Lament: Pakistani-American Muslim Women’s Azadari Rituals
by Bridget Blomfield
From the Sun-Scorched Desert of Iran to the Beaches of Trinidad: Ta’ziyeh’s Journey from Asia to the Caribbean
by Peter J. Chelkowski