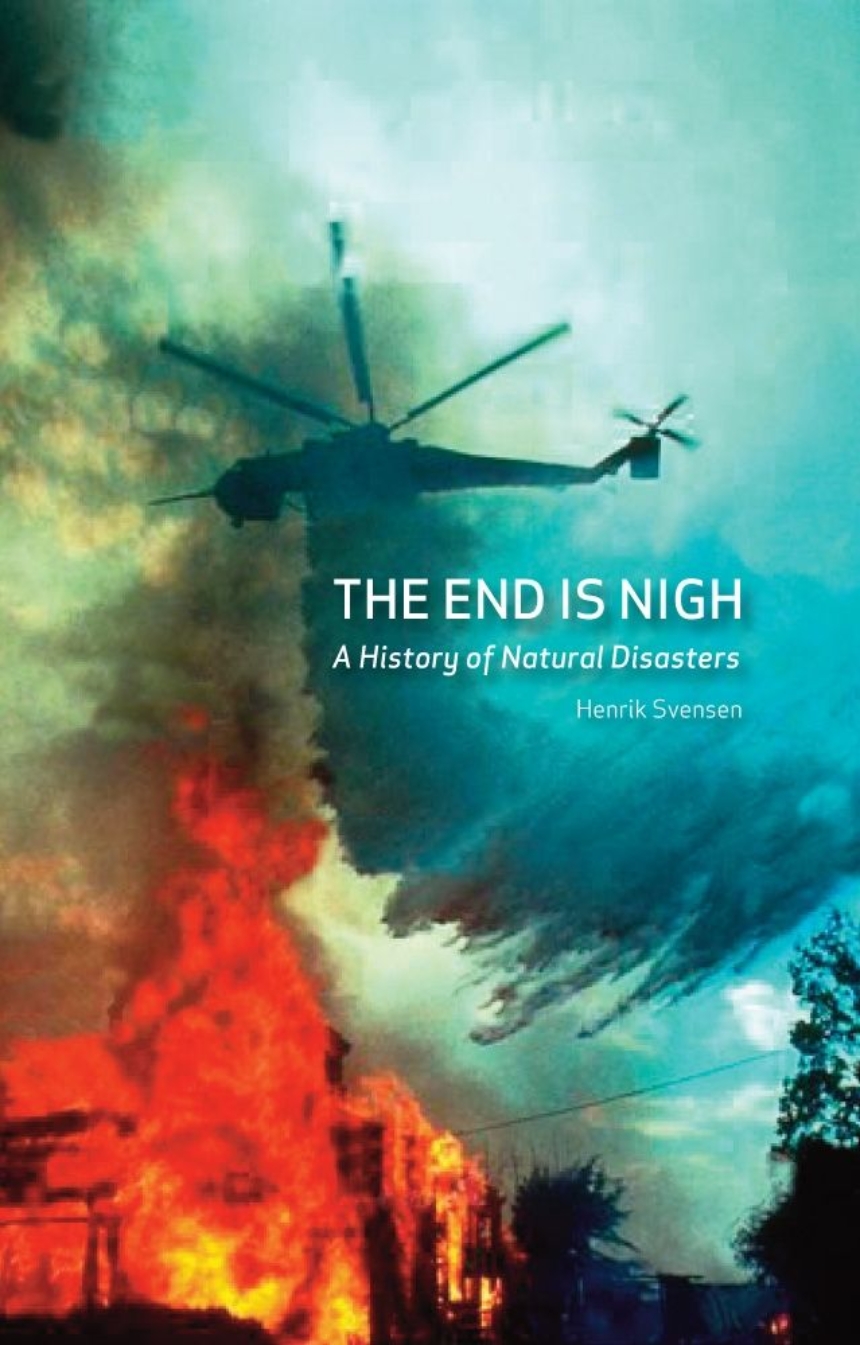 The End is Nigh

A History of Natural Disasters

The End is Nigh

A History of Natural Disasters

The Lisbon Earthquake of 1755. The South Asian Tsunami of 2004. The San Francisco Earthquake of 1906. Hurricane Katrina in 2005. All of these are natural disasters that not only caused massive devastation but actually changed the course of history, and have influenced our reactions to and perspectives on disasters ever since.

Spanning two millennia, The End is Nigh provides a detailed history of natural disasters around the world and how they have shaped our cultural beliefs and our practical planning. Henrik Svensen draws from many eyewitness accounts to reveal the personal stories of the victims of natural disasters. Through them, we are reminded that while the disasters are natural phenomena, victims often react in similar ways seeking to explain the disaster within the context of an omen or a divine warning.  A geologist, Svensen also explores the science behind the occurrence of specific disasters, and he examines whether climate change is creating an environment where natural disasters are more frequent and more deadly.

The End is Nigh is as instructive as it is insightful and will appeal to fans of history and science, as well as policy makers and all those seeking to better prepare for future calamities.

“The End is Nigh is a great example of storytelling across scientific disciplines, and in gripping prose it spans geology, geography and history, anthropology, sociology, and the history of religion.”—Apollon

"This is an interesting book. . . . The book’s most important lesson is that natural disasters are deadliest to those people forced by economic and social circumstances to be the least prepared."

“The End is Nigh is a great example of storytelling across scientific disciplines, and in gripping prose it spans geology, geography and history, anthropology, sociology, and the history of religion.”

“The book is a multi-faceted and scientifically vivid history of a phenomenon that is shaping our civilization more than we realize. Next time the earth cracks, the reader now has a tool to analyze the reactions and consequences.”

“Svensen is foremost a dazzling storyteller, and in the book we are confronted with many destinies and places. We wander the streets when the earthquake hit Lisbon in 1755, and we are cunningly led through the political struggles following the disaster.”

Introduction: On the Edge of the Sahara

5. Among the High Mountains and Deep Fjords

7. The Politics of Disasters

Epilogue: Where the Devil Lives in the Ground