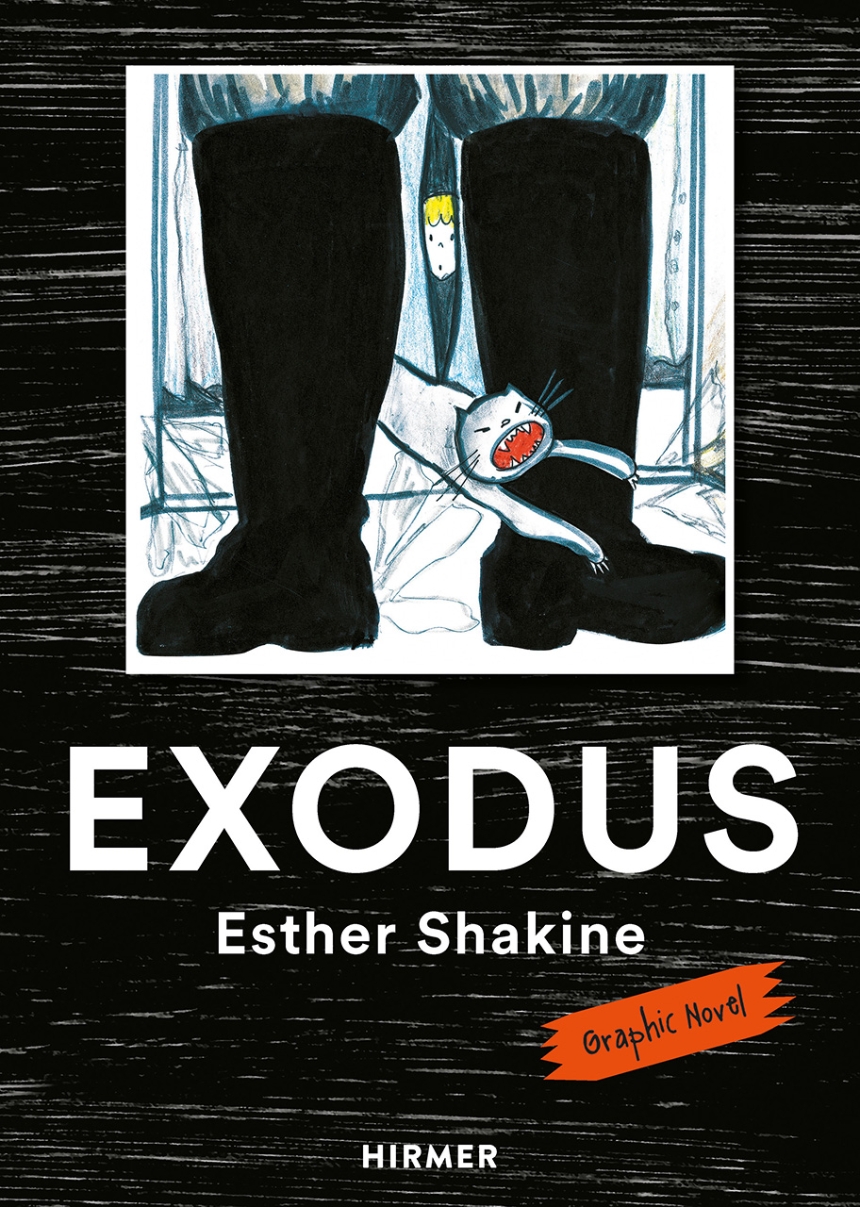 Exodus is a powerful graphic novel telling the story of Ticka, a Jewish girl born in Hungary in the 1930s. On her fifth birthday Ticka was given a cat, which she named Pitsy. When the Nazis came and abducted her parents, Ticka and Pitsy hid in the wardrobe; the only reason Ticka wasn’t discovered and taken away was that Pitsy leaped from the cupboard herself, distracting the Nazis and saving Ticka’s life. Alone in war-ravaged Hungary without her parents, Ticka pretended to be a deaf-mute child and traveled across Europe by train, finally reaching the refugee ship Exodus in France, which took her and more than 4,000 other Holocaust survivors to Palestine. But even that wasn’t the end of Ticka’s story: Exodus was forcibly prevented by British warships from traveling to Palestine, and the refugees were taken back and interned in Germany. It was months before the refugees could re-board and try again. Ticka did not reach Israel until May of 1948.

Through expressive drawings, sensitive dialogue, and diary-like texts, Esther Shakine tells her own personal story through the tale of little Ticka. Presenting the trauma of war, persecution, and homelessness from a child’s point of view, Exodus also offers an inspiring account of civil courage, hope, and humanity.