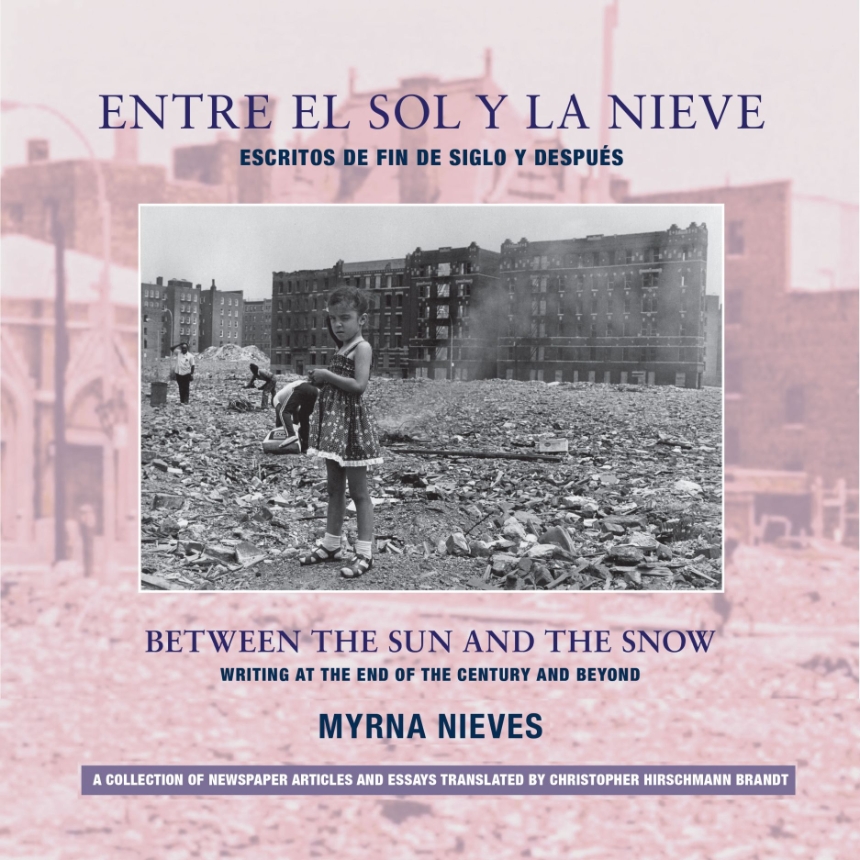 Translated by Christopher Hirschmann Brandt
Entre el sol y la nieve: escritos de fin de siglo / Between the Sun and Snow: Writing at the End of the Century presents a collection of selected newspaper articles by writer, cultural activist, and educator Myrna Nieves. The articles in this bilingual collection, which were originally written in Spanish and translated into English by Chris Brandt, first appeared in Nosotros los latinos, a magazine published in New York, between 1992 and 1995. Here, Nieves has brought together nineteen articles and a new essay in which the author navigates the complex story of a population that varies in many dimensions, including national origin and immigration status. Providing critical viewpoints from a Latinx perspective, these articles address a variety of issues including climate change, domestic violence, women’s rights, and trends in literature and the arts. Together, these articles serve as a documentary history not only of the Latinx community, but also of the changing perspectives of the nation as a whole.