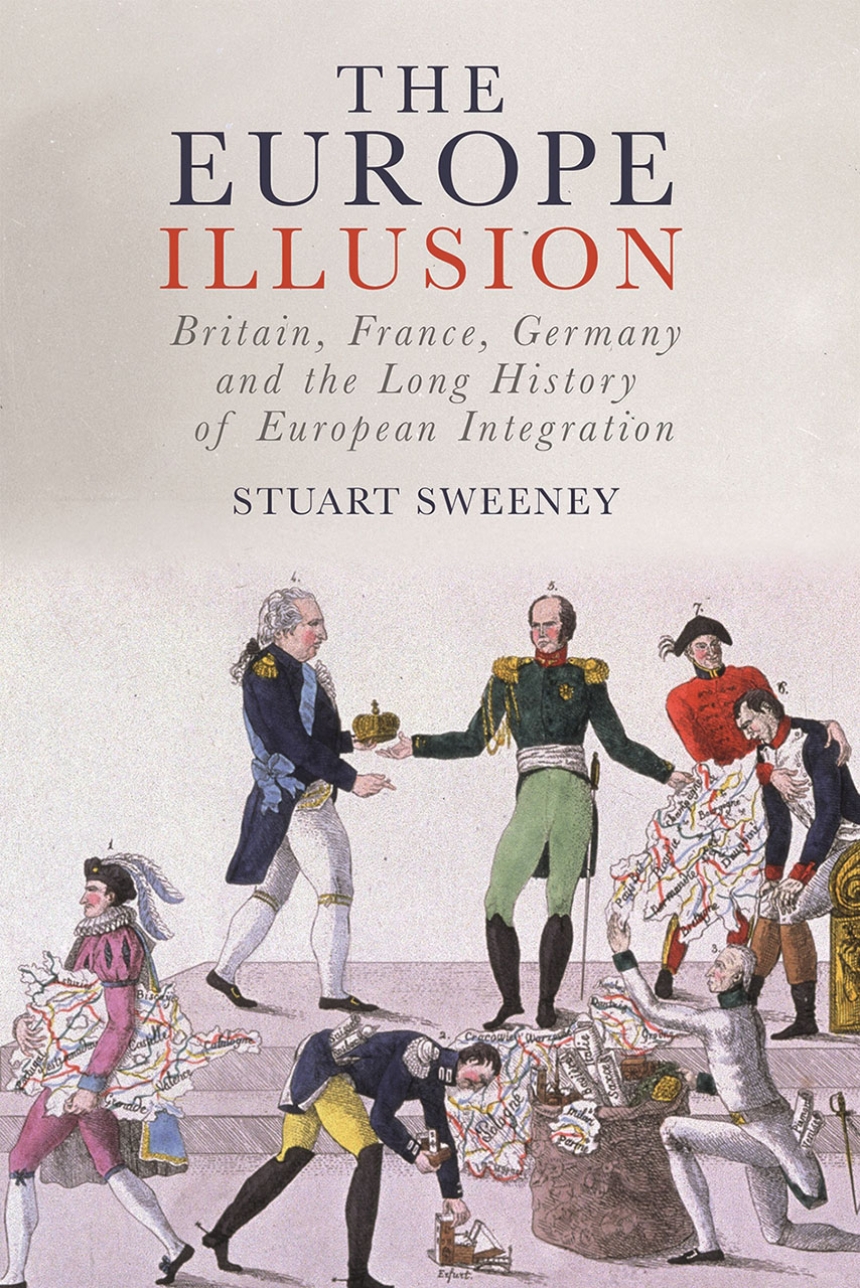 Britain, France, Germany and the Long History of European Integration

Britain, France, Germany and the Long History of European Integration

In The Europe Illusion, Stuart Sweeney considers Britain’s relationships with France and Prussia-Germany since the map of Europe was redrawn at Westphalia in 1648. A timely and far-sighted study, it argues that integration in Europe has evolved through diplomatic, economic, and cultural links cemented among these three states. Indeed, as wars became more destructive and economic expectations were elevated these states struggled to survive alone. Yet it has been rare for all three to be friends at the same time. Instead, apparent setbacks like Brexit can be seen as reflective of a more pragmatic Europe, where integration proceeds within variable geometry.

"The key to understanding much of modern European history, including that of the European Union, is the ménage à trois of Britain, France, and Germany. Sweeney’s The Europe Illusion: Britain, France, Germany and the Long History of European Integration  traces this kaleidoscopically over more than three centuries."

"According to Sweeney, Brexit is yet another episode in the ongoing cycle of relations between Britain, France, and Germany. Since 1648 and the Peace of Westphalia, the idea of a united Europe has been touted by William Penn, Henri de Saint-Simon, Adam Smith, and others, though unanimity or even compromise among the three major nations of Europe has fallen victim to the inherent differences between them. The approach to integration has been shaped by wars, cultural and historical factors, and nationalism and particularism. Britain’s isolationism, France’s exceptionalism, and Germany’s conservatism also have proven obstacles in the development of a supranational Europe. The European Union, which may be the closest Europe has come to a successful interconnected structure, has aroused suspicion, in Britain at least, of 'mission creep,' as EU regulations appear to take precedence over national sovereignty. Sweeney argues, however, that although Britain's previous attempts to stand apart from the continental nations required later, expensive efforts to re-engage, Brexit does not guarantee a lesser role for the British, whose role as 'other' could prove valuable."

"Wide-ranging. . . . The book should appeal to a segment of the general population who have a strong background in European history and are seeking historical precedents to current European issues, especially Brexit."

"This history of European integration goes back to 1648, tracing the United Kingdom’s relationships with France and Prussia–Germany since the Treaty of Westphalia. Sweeney argues that integration has long been driven by these three states, although it has been unusual for them to all be friends at the same time."

"The book deserves attention and is worth reading for the author’s innovative ambition. . . . Sweeney tells the history of the diplomatic relationships between the three countries in their European-wide contexts. . . . He has included a sheer mass of factual events and linked this ‘event history’ to his interpretation of the triangular history of Britain, France, and Germany."

“Crisply and engagingly written, and with a sophisticated grasp of the economic issues at stake, The Europe Illusion adds much-needed historical depth to our current debate.”

“As the United Kingdom struggles to redefine itself and to determine its future relations with Europe and the wider world, Sweeney offers a timely reminder of how far this country’s fate has been tied to those of France and Germany. A thoughtful and measured contribution to the current Brexit debate.”

"This is the timely story of the relationship between Europe’s three great powers, Britain, France, and Germany. Sweeney’s engaging narrative reaches back over 370 years to demonstrate how history taught each country different lessons and shaped different attitudes towards European integration. It is essential reading for those who wish to understand the risks in Britain standing alone."

“Sweeney presents a masterful account of how Europe has been shaped by the intertwining of British, French, and German interests and ambitions. He scrapes off Europe's historical layers like an archaeologist with a trowel: migration, the fumbled economics of integration, nationalism and the puzzle of pooled sovereignty, war, diplomacy and statecraft, all the bubbling crises of the moment are traced back over centuries. The continuities that he uncovers should be a revelation for those baffled, intrigued or simply anxious about Brexit. . . . The Europe Illusion is a brisk gallop of a book. Its fluency and flashes of wit show Sweeney to be a worthy heir of the great A. J. P. Taylor. It should be read by every exhausted member of parliament, everyone caught up in the complex drama of Britain's quest for semi-detachment from Europe.”