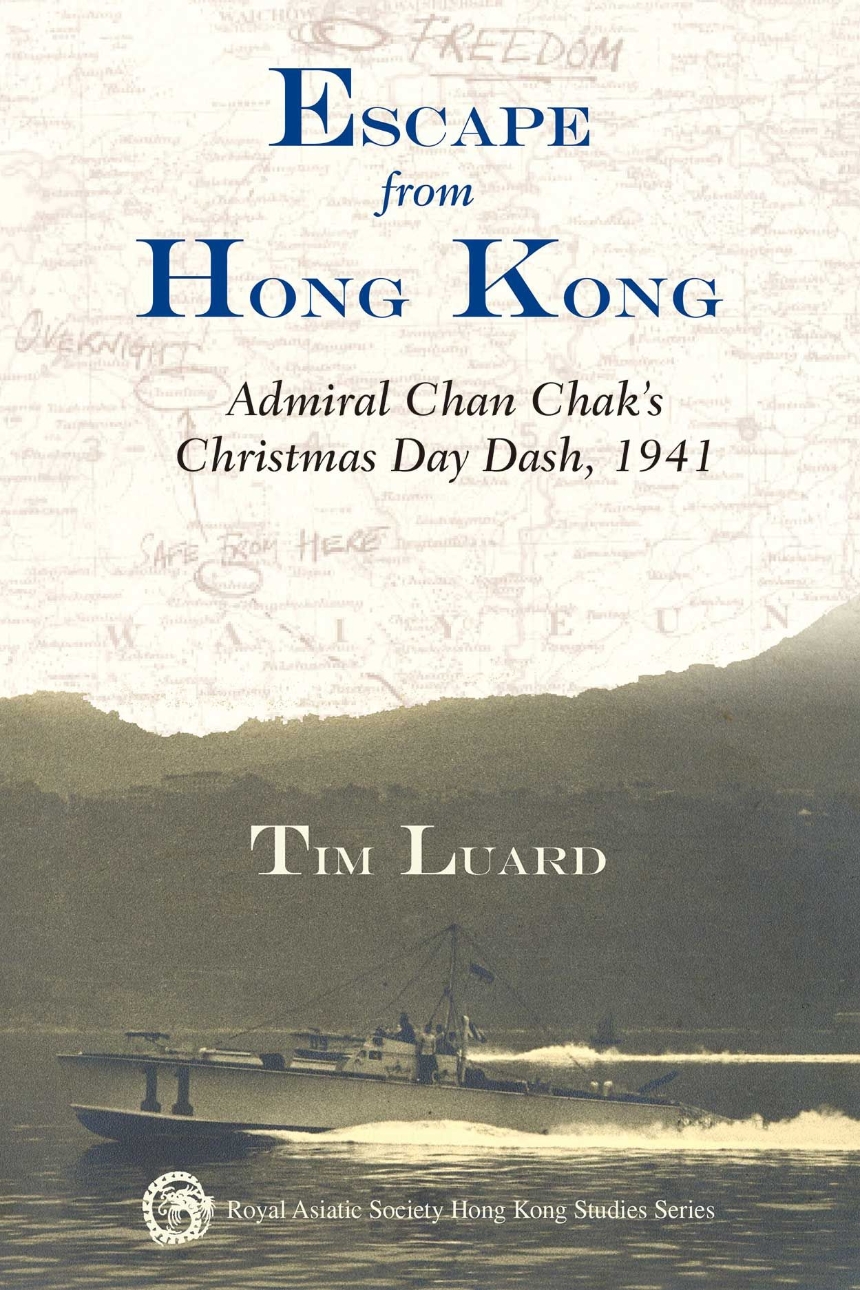 On 25 December 1941, the day of Hong Kong’s surrender to the Japanese, Admiral Chan Chak—the Chinese government’s chief agent in Hong Kong—and more than 60 Chinese and British intelligence, naval and marine personnel made a dramatic escape from the invading army. They travelled on five small motor torpedo boats—all that remained of the Royal Navy in Hong Kong—across Mirs Bay, landing at a beach near Nanao. Then, guided by guerrillas and villagers, they walked for four days through enemy lines to Huizhou, before flying to Chongqing or travelling by land to Burma. The breakout laid the foundations of an escape trail jointly used by the British Army Aid Group and the East River Column for the rest of the war. Chan Chak, the celebrated “one-legged admiral”, became Mayor of Canton after the war and was knighted by the British for his services to the Allied cause. His comrade in the escape, David MacDougall, became head of the civil administration of Hong Kong in 1945. This gripping narrative account of the escape draws on a wealth of primary sources in both English and Chinese and sheds new light on the role played by the Chinese in the defence of Hong Kong, on the diplomacy behind the escape, and on the guerillas who carried the Admiral in a sedan chair as they led his party over the rivers and mountains of enemy-occupied China. Escape from Hong Kong will appeal not just to military historians and those with a special interest in Hong Kong and China but also to anyone who appreciates a good old-fashioned adventure story.