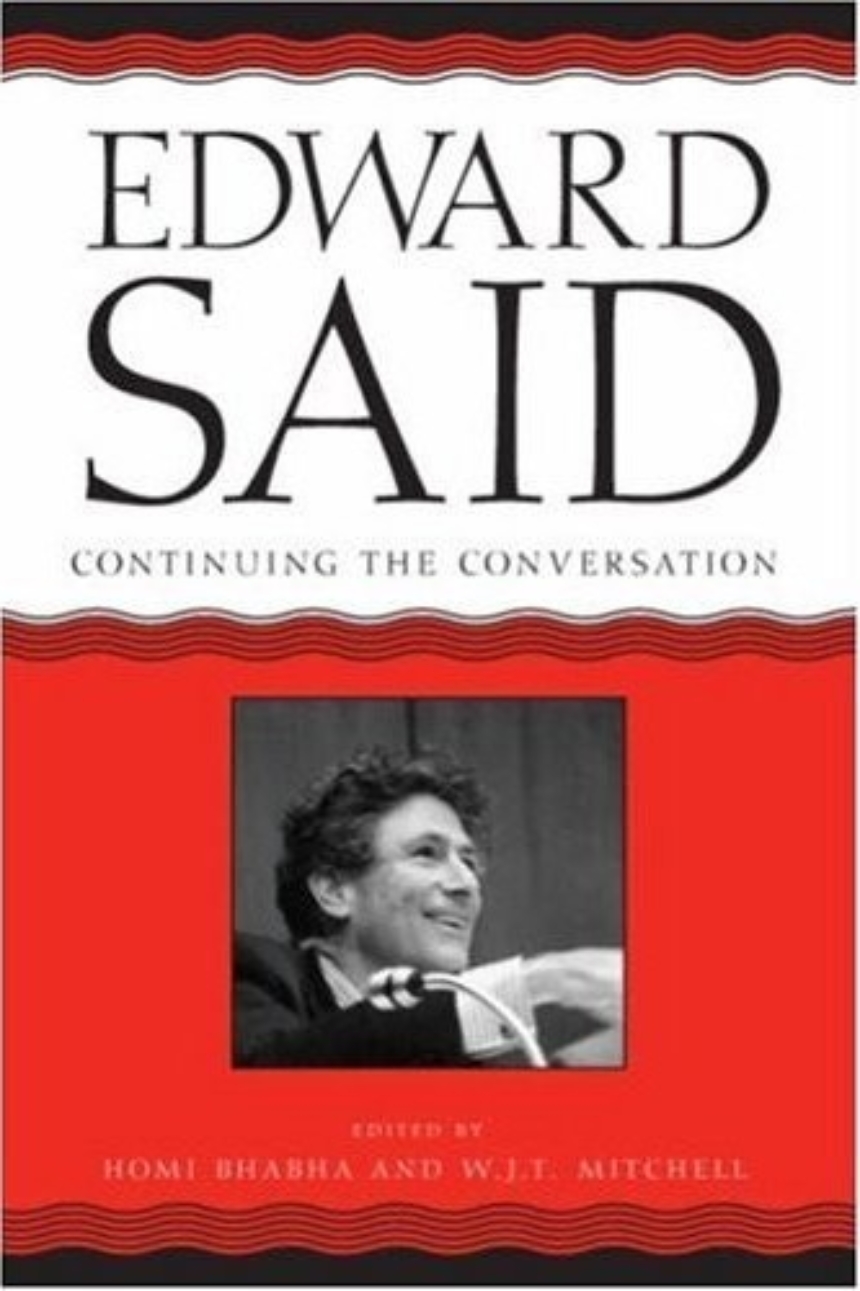 In Edward Said: Continuing the Conversation, Edward Said’s long-time friends and collaborators continue their dialogue with Said where they had left off following his death in the fall of 2003.

The essays, imagining and recalling the cadences of Said’s conversation, take various forms, including elaborations on his ideas, applications of his thought to new problems, and recollections of the indescribable electricity that made conversation with him intense and memorable. This lively, personal tone is a direct result of editors Homi Bhabha and W. J. T. Mitchell urging contributors to write in the spirit of a conversation interrupted, a call on hold, a letter waiting for a reply, a question hanging in the air. This is a work of immense imaginative and intellectual force and compelling candor, honoring Said’s legacy as an activist intellectual.

About Politics, Palestine, and Friendship: A Letter to Edward from Egypt
Lila Abu-Lughod

Said, Palestine, and the Humanism of Liberation
Saree Makdisi

The Question of Zionism: Continuing the Dialogue
Jacqueline Rose

Thinking about Edward Said: Pages from a Memoir
Gayatri Spivak