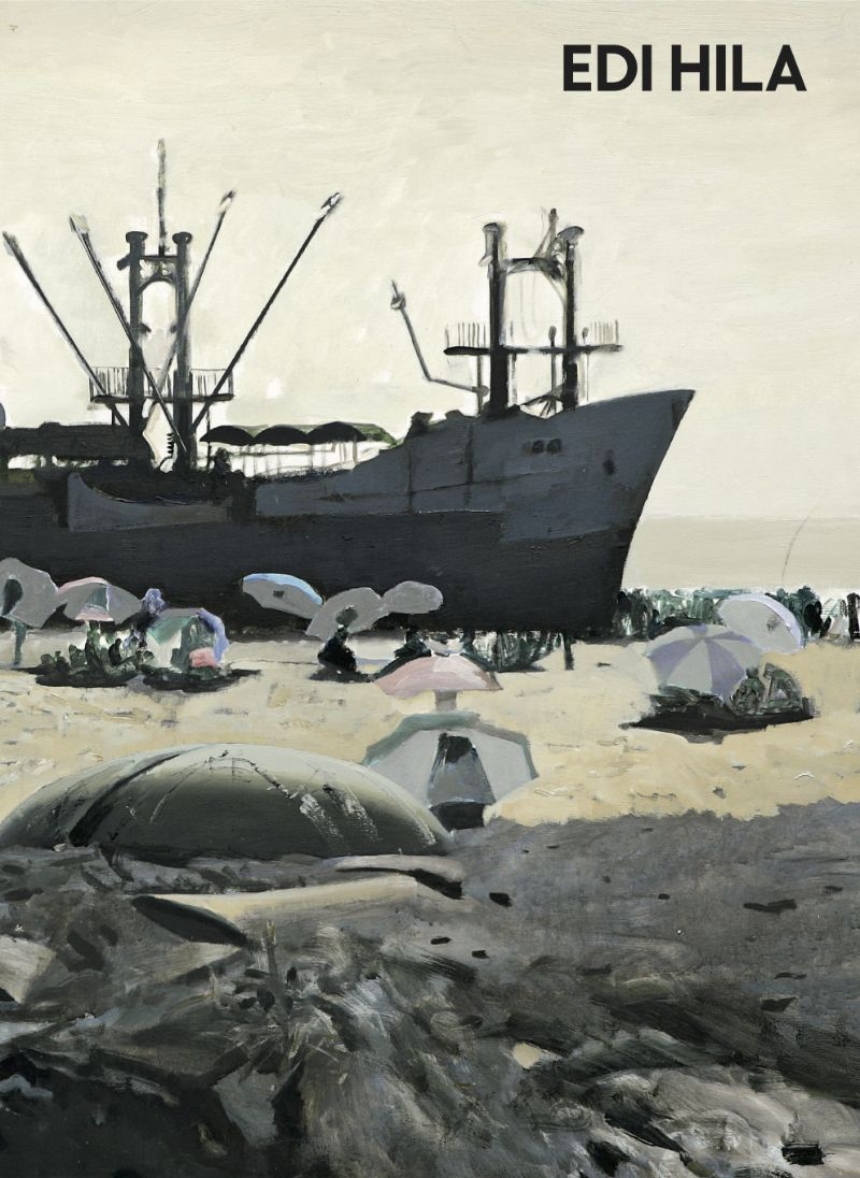 This catalog accompanies Edi Hila: Painter of Transformation, the first retrospective exhibition devoted to the Albanian painter Edi Hila, considered one of the last masters from Eastern Europe. Through Hila’s eyes, the Eastern European experience is stripped of accident or adventure and instead gives weight to distilled general truths.
The catalog traces key moments from his formative artistic experience, including a firsthand account of his infamous 1972 painting, Planting of Trees, which because of its unusual use of color and form that ran contrary to approved socialist realist doctrine, led to his being forced to labor in a poultry processing plant. In the evenings, however, he secretly created a series of drawings documenting the life of the workers, which became the Poultry series, harrowing in its raw realism. The publication continues to track Hila’s practice through the 1990s, when we find the artist carefully observing life after the fall of Enver Hoxha’s regime and his attempts at depicting the realities of the Albanian transformation on the precipice of the new millennium, before concluding with a review of Hila’s contemporaneous practice, which discloses more the limitations and traps of transformation than its promises. Richly illustrated with reproductions of Hila’s work in full color, many of them never before published, this is a groundbreaking catalog, one that will help establish Hila’s international reputation as a master painter of the region and Europe at large.