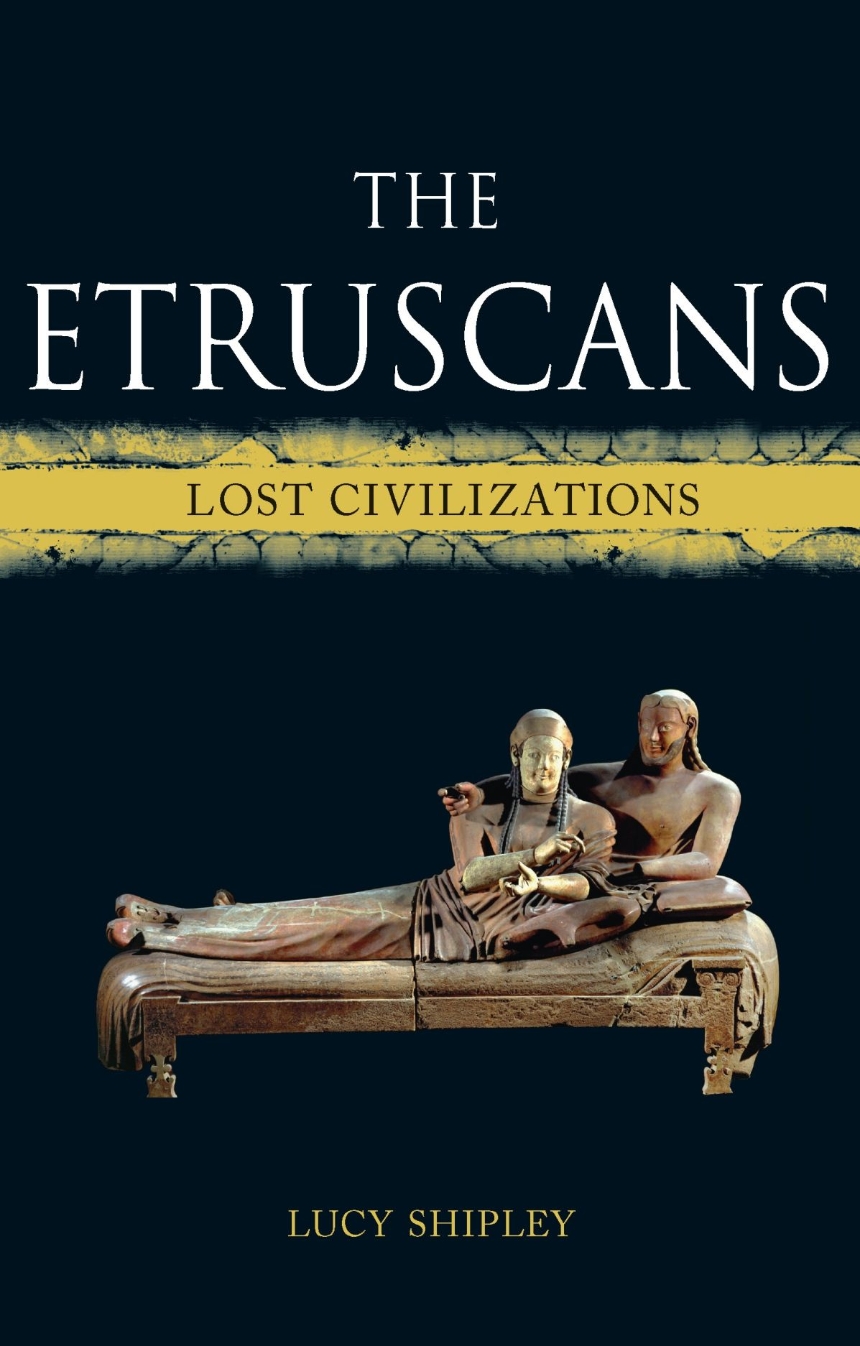 The Etruscans were a powerful people, marked by an influential civilization in ancient Italy. But despite their prominence, the Etruscans are often portrayed as mysterious—a strange and unknowable people whose language and culture have largely vanished. Lucy Shipley’s The Etruscans presents a different picture.

Shipley writes of a people who traded with Greece and shaped the development of Rome, who inspired Renaissance artists and Romantic firebrands, and whose influence is still felt strongly in the modern world. Covering colonialism and conquest, misogyny and mystique, she weaves Etruscan history with new archaeological evidence to give us a revived picture of the Etruscan people. The book traces trade routes and trains of thought, describing the journey of Etruscan objects from creation to use, loss, rediscovery, and reinvention. From the wrappings of an Egyptian mummy displayed in a fashionable salon to the extra-curricular activities of Bonaparte, from a mass looting craze to a bombed museum in a town marked by massacre, the book is an extraordinary voyage through Etruscan archaeology, which ultimately leads to surprising and intriguing places.

In this sharp and groundbreaking book, Shipley gives readers a unique perspective on an enigmatic people, revealing just how much we know about the Etruscans—and just how much still remains undiscovered.

"The Etruscans is cleverly written, because each chapter deals with one problem and then takes one object or place as an example of that problem. . . . This is a splendid little book, which brings the Etruscans up to date and does much to strip away the mystery that surrounds this lost civilization."

"Shipley sets her course by identifying a select object or place as a focus for each chapter. . . . These prompt an examination of different aspects of the Etruscan world. It is a neat device enabling the author to guide us through what has actually been discovered, what the objects may say about the Etruscans, and to make robust examinations of a range of theories about them that have been put forward over time. . . . Shipley’s book is as engaging as her subject. Her work leaves us eager to discover more about this most fascinating group of people."

"Shipley’s [bridges] deftly the ancient evidence and modern debates, and [shifts] focus seamlessly from the big picture to captivating details. She writes in an engaging, breezy style . . . Shipley’s book accomplishes its mission with aplomb: it will not only hold the interest of students and scholars alike, but also speak in powerful ways to the interested lay reader. Indeed, if there is one book among the recent spate of works on the Etruscans that is likely to win over the popular imagination—one as alive to their distinct character and accomplishments as their lost legacy and muddled afterlives—Shipley’s book is surely it. For The Etruscans demonstrates that new facts can be more interesting than old fiction."

“Shipley’s concise and elegant prose serves as an ideal complement to her fascinating subject. The people of this remarkable and enigmatic culture come alive in a brilliant treatment appropriate for any audience.”

Anthony Tuck, University of Massachusetts Amherst and director of the Poggio Civitate Excavations