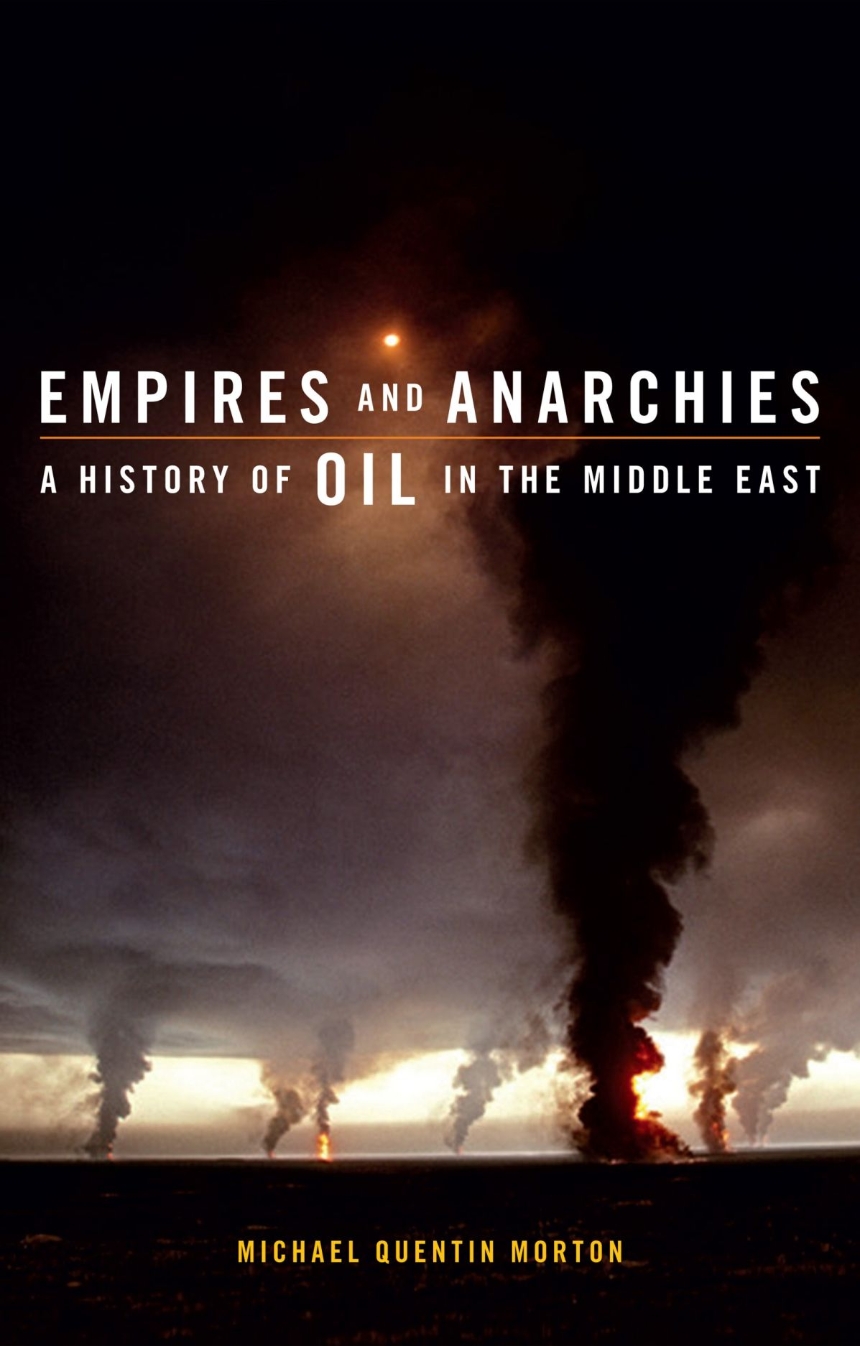 A History of Oil in the Middle East

A History of Oil in the Middle East

Oil lies at the heart of the modern history of the Middle East. For decades, the world’s largest oil reserves have enriched the region’s nations. But oil wealth has not brought with it universal prosperity. It has, though, transformed the Middle Eastern people and societies—enriching empires and engendering anarchies.

Empires and Anarchies is an unconventional history of oil in the Middle East. In Michael Quentin Morton’s account the burnt-out remains of Saddam Hussein’s armaments and the human tragedy of the Arab Spring are as much of the story as the shimmering skylines of oil-rich nations. From the first explorers trudging through the desert to the excesses of the Peacock Throne and the high stakes of OPEC, Morton lays out the history of oil in compelling detail, arguing that oil simultaneously enriched and fractured the Middle East, eroding traditional ways of life, and eventually contributing to the rise of Islamic radicalism. The book is essential reading for anyone interested in the promises and peril of the world’s oil boom.

"In this highly readable book, Morton takes us from the mid-nineteenth century to the present day, charting the history of oil in the Middle East. . . . This is a complicated area, incorporating a maelstrom of colonial interests and an emergence of US extraterritorial maneuvering, but Morton writes soberly, identifying key figures and making a dense subject accessible to the nonspecialist. The worldwide impact of the oil industry, nascent just over a century ago, and the machinations for its control mean this is a fascinating, disturbing, and concerning story of an industry breeding discontent from the outset."

"Morton has managed to set out a thorough, well-researched, and lucid account of the whole complicated story in an enjoyably readable style. . . . The turmoil in the oil industry through the years of OPEC dominance and the conflicts in the region which impacted on international relationships and world oil markets are all well summarized. So too are the origins of the rivalries between the main national entities of the region which are being played out in today’s world. This provides all the background essential to a full understanding of today’s antagonisms in the Middle East."

"Morton tells the story of oil prospecting, discoveries, and development in Iran, Iraq, Bahrain, Saudi Arabia, Kuwait, Qatar, United Arab Emirates, Oman, and Yemen from the 1850s to 2016. . . . Despite an insider’s knowledge of British companies operating in the region, his history of the rise of national oil companies and of oil prices in the 1970s seems balanced, as he can also empathize with nationalist grievances against imperial powers. While carefully martialing all the circumstantial evidence to the contrary, Morton argues that access to Iraqi oil was not the prime driver of the US decision (without approval from the UN Security Council) to invade and occupy Iraq in 2003. . . . Recommended."

“An excellent, readable introduction to the history and development of oil in the Middle East. Following in the footsteps of Daniel Yergin’s authoritative study, The Prize. It is a complicated story but Morton handles it well with engaging, insightful, and humorous details that bring the broader international, political, and social aspects into high relief.”

J. E. Peterson, editor of "The Emergence of the Gulf: Studies in Modern History"