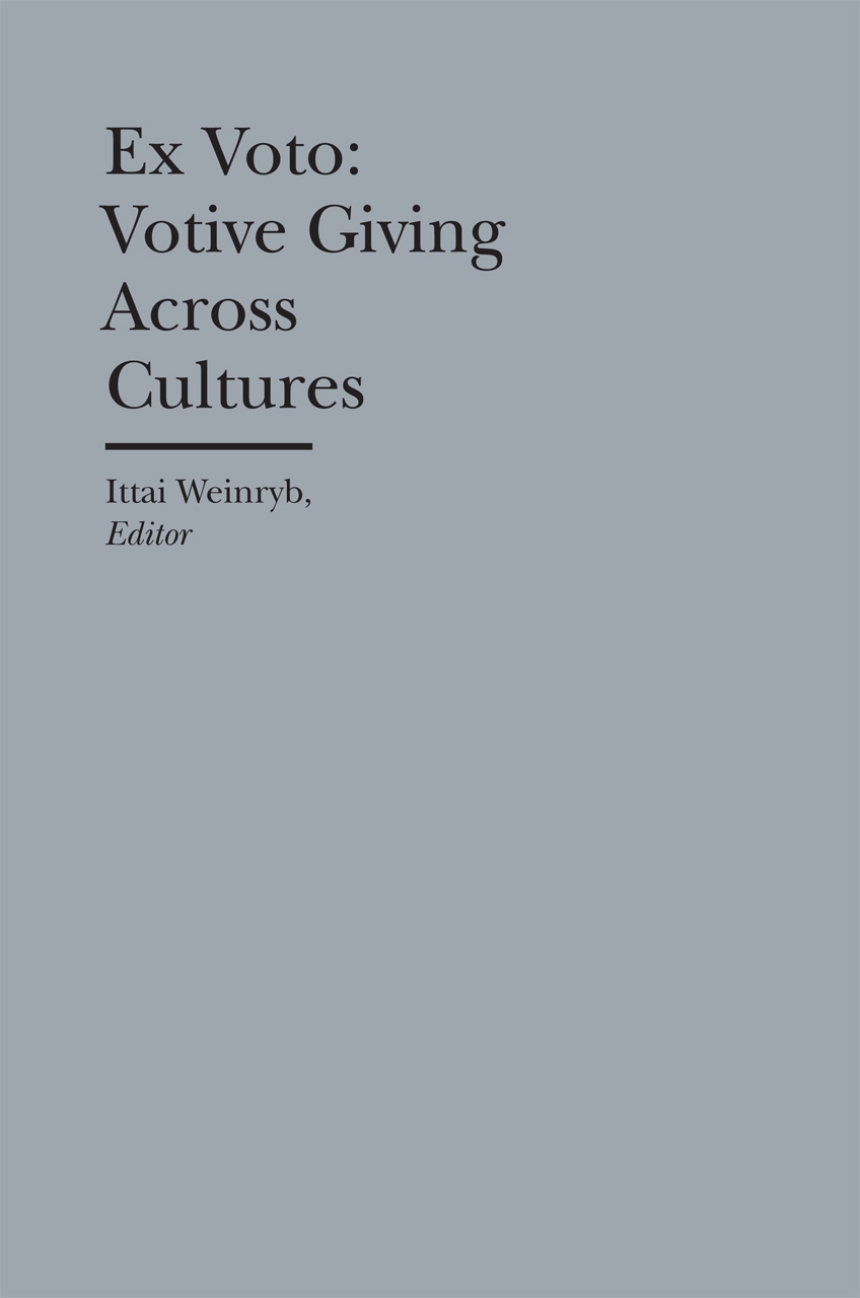 Derived from Latin ex voto suscepto “in pursuance of a vow,” an ex voto embodies the hopes, dreams, and anxieties of the person who deposits it. Almost anything, regardless of size, weight, form, or original function, can become a votive object. Ultimately, the category refers to a subset of the material world in which a thing is not necessarily made to be a votive, but instead becomes charged with votive meaning once dedicated to a deity or deities. This volume, one of the first collections devoted exclusively to the subject, builds on the assumption that a shared conceptual framework underpins votive objects, and that by merit of their consecration they have become a category representing a special stage in the life of a material.

The contributors to this comparative study examine ex votos across a range of locations and time periods, including the classical Mediterranean world, medieval Europe, the period of the Catholic Reform, and on to Mexico, Shinto and Buddhist Japan, and Muslim Iran. Voluminous and diverse, Ex Voto will appeal in a wide range of fields, including history, religion, and anthropology.