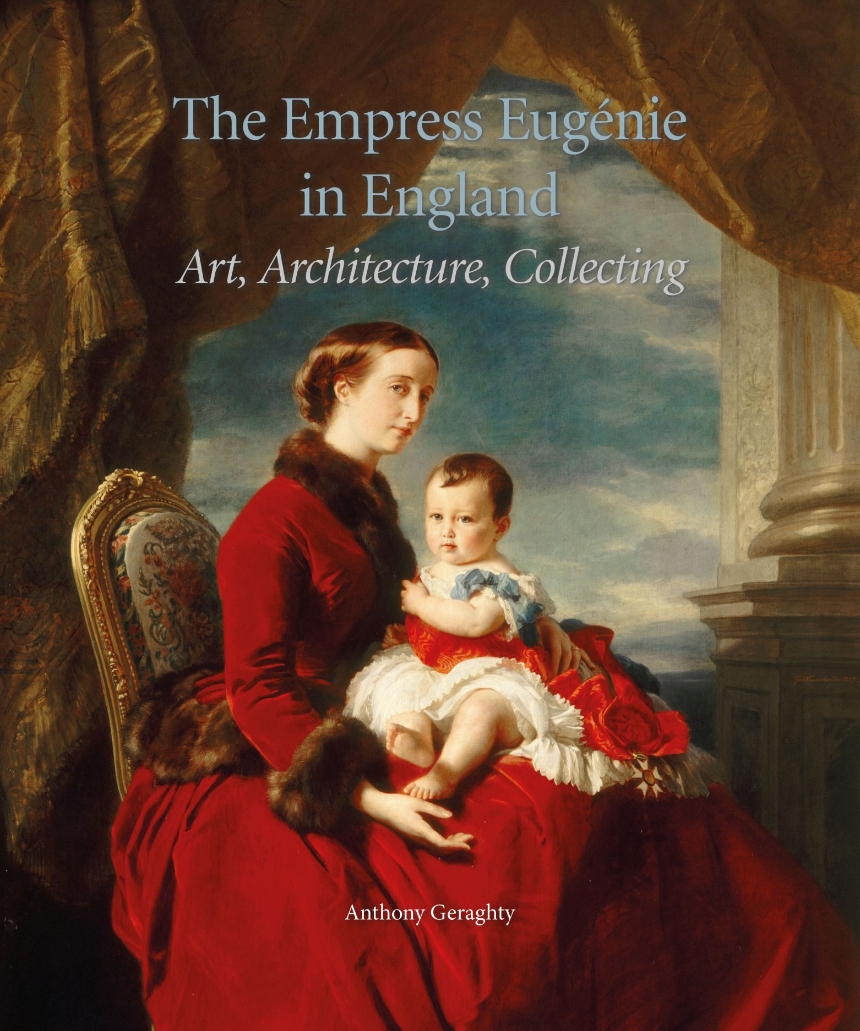 The Empress Eugénie in Farnborough

The Empress Eugénie in Farnborough

An exploration of the little-known assemblage of art and architecture that Empress Eugénie created in Farnborough in the 1880s.

This absorbing book tells the story of Empress Eugénie (1826–1920), the wife of Napoleon III and the last empress-consort of France. The Empress bought the Farnborough Hill estate in 1880, following a decade of personal tragedy: the collapse of the Second Empire (1852–70), the death of Napoleon III, and the loss of her only child. The death of the Prince Imperial in 1879, aged twenty-three, ended all hope of a Bonapartist restoration. With the imperial succession removed to another branch of the family, Eugénie resolved to create a permanent monument to her husband and son.

In this book, Anthony Geraghty analyzes the principal buildings on the imperial estate and provides the first detailed account of the lost interiors of Farnborough Hill. He traces the origins of the collection back to the Second French Empire, and—drawing upon historic photos, inventories, and sale catalogs—he shows how the collection was displayed in the principal rooms of the house. Finally, the book describes the breakup of the estate in 1927, when the house was sold to a convent school and the collection was dispersed at auction. Today, only the Mausoleum functions as Eugénie originally envisaged. Geraghty, however, recovers the totality of Eugenie’s vision for Farnborough. In so doing, he describes how the Napoleonic ideal, for one final time, was made visible through art, architecture, and collecting.