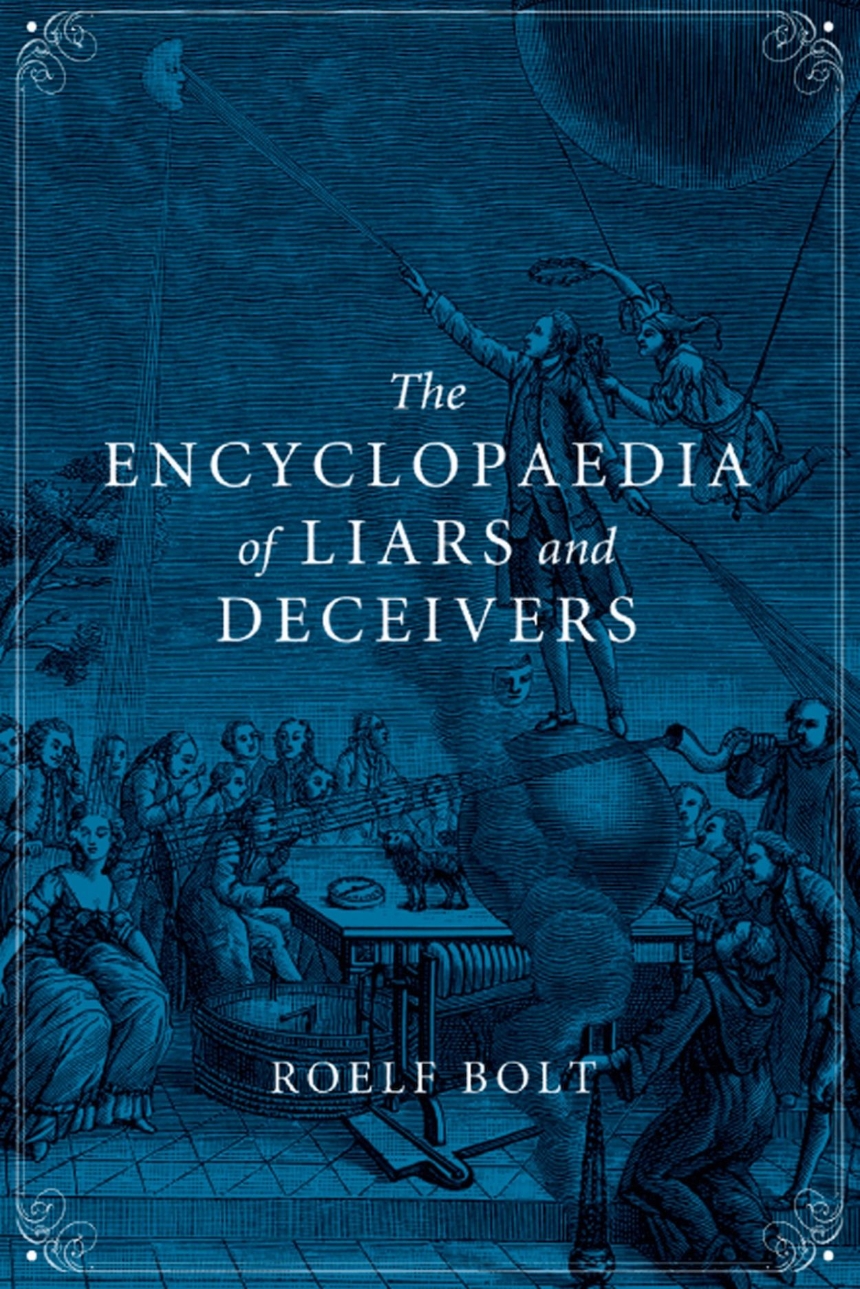 The Encyclopaedia of Liars and Deceivers

The Encyclopaedia of Liars and Deceivers

Translated by Andy Brown
George Washington may never have told a lie, but he may be the only person—our history is littered with liars, deceivers, fraudsters, counterfeiters, and unfaithful lovers. The Encyclopaedia of Liars and Deceivers gathers 150 of them, each entry telling the intriguing tale of the liar’s motives and the people who fell for the lies.

To collect these stories of deceit, Roelf Bolt travels from ancient times to the present day, documenting a huge assortment of legerdemain: infamous quacks, fraudulent scientists, crooks who committed “pseudocides” by faking their own deaths, and forgers of artworks, design objects, archaeological finds, and documents. From false royal claims, fake dragon’s eggs, and bogus perpetual motion machines to rare books, mermaid skeletons, and Stradivari violins, Bolt reveals that almost everything has been forged or faked by someone at some point in history. His short, accessible narratives in each entry offer biographies and general observations on specific categories of deceit, and Bolt captures an impressive number of famous figures—including Albert Einstein, Cicero, Ptolemy, Ernest Hemingway, François Mitterand, and Marco Polo—as well as people who would have remained anonymous had their duplicity not come to light.

Funny, shocking, and even awe-inspiring, the stories of deception in this catalog of shame make The Encyclopaedia of Liars and Deceivers the perfect gift for all those who enjoy a good tall tale—and those people who like to tell them.

“Another intriguing title from a smart and intriguing publisher, Bolt’s is a book to inspire both pleasure and paranoia. . . . The Encyclopaedia is a marvel.”

“Strangely addictive. A reader is apt to feel repelled by a hoaxster’s audacity and heartlessness yet intensely curious about how and why the deed was done.”

“A cornucopia of curiosities, Bolt’s A to Z of 150 case studies is a raconteur’s dream. Brimming with tales of forgeries, fakers, the faithless, and the facile, it pays homage to the weird and sometimes wonderful, from criminal milkmen in 21st-century China, Ptolemy’s plagiarism in AD 150, Clever Hans, the horse that appeared to master arithmetic, and Hitler’s diaries. . . . deception is endemic in society. Bolt, as ringmaster of this menagerie of malcontents and mischiefs, allows us to glimpse outside the confines of the everyday. It is utterly diverting.”

“In a time when getting to the ‘truth’ can involve ill-informed conjecture or a maze of grey areas, this encyclopedia provides a useful countermeasure with its treatment of verifiable falsehoods, fibbers, and ‘facts’ found fictitious.”