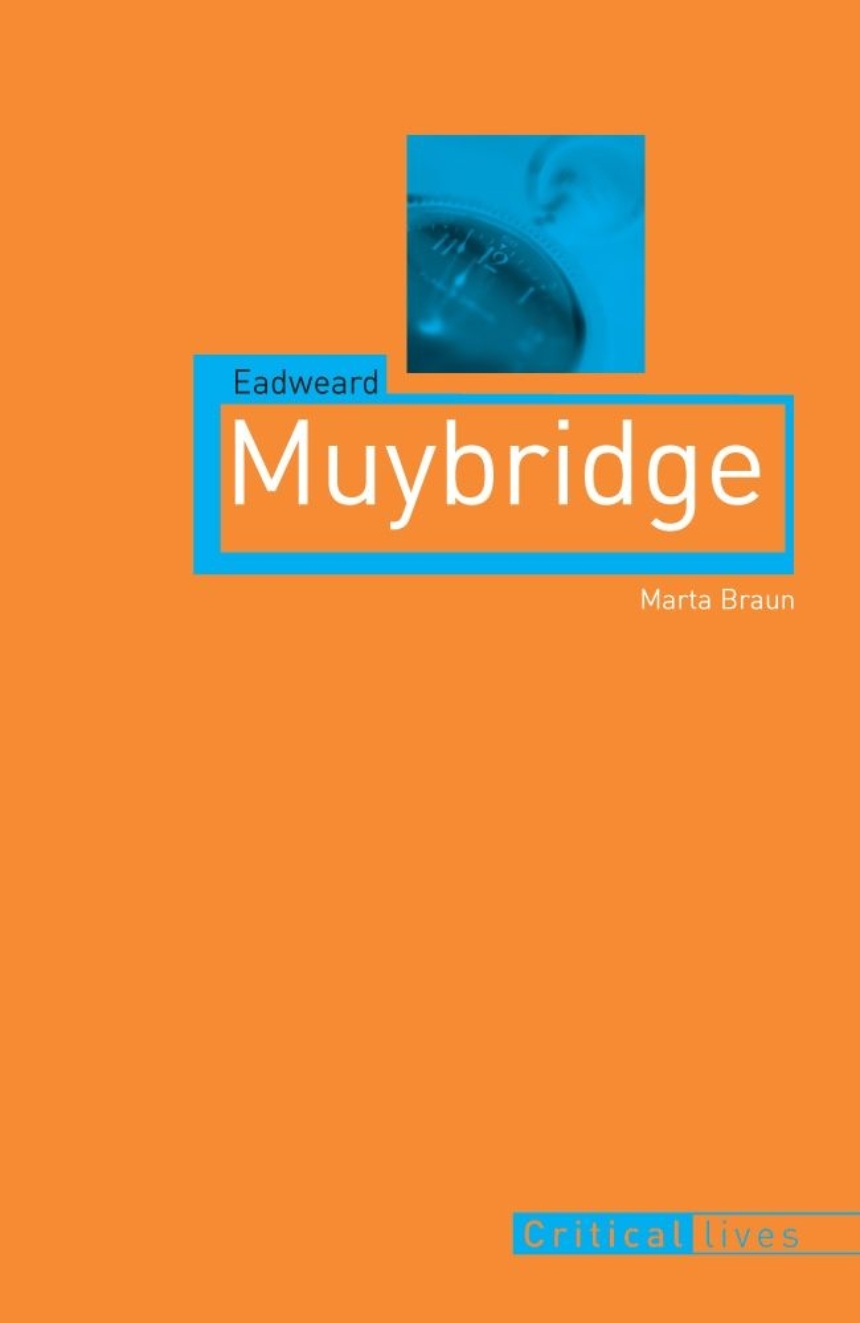 Best known for his contribution to the development of the motion picture, Eadweard Muybridge (1830–1904) was a pioneering photographer during his lifetime. Alongside his remarkable photographic achievements, his personal life was riddled with melodrama—including a near-fatal stagecoach accident and a betrayal by his wife that ended with Muybridge being tried for the murder of her lover. Marta Braun’s revealing biography traces the sensational events of Muybridge’s life and his personal reinventions as artist, photographer, researcher, and showman.

In the 1870s, Muybridge’s photography skills were enlisted by Leland Stanford, a racehorse breeder who later founded Stanford University, to prove the “unsupported motion controversy”—the theory that during a horse’s stride, there was a moment when all four of its legs left the ground. The resulting collection of motion studies, as Braun explains, inspired Muybridge to take photography beyond landscapes to the realm of science. He went on to invent the zoopraxiscope, which captures movement too quick for the human eye to record. Most importantly, simulating motion through a series of stills, his pioneering use of sequence photography served as a forerunner to the introduction of cinematography in the 1890s.

This illuminating study examines a man whose influence has resounded through generations. In Eadweard Muybridge, Braun firmly establishes Muybridge’s central contributions to the history of art, science, photography, and motion pictures.

"As one might have expected from her definitive Picturing Time, Marta Braun’s book on Eadweard Muybridge will be a fundamental contribution to the history of the photographic representation of locomotion."

“[Braun] tells [Maybridge’s] story with clarity and economy and is particularly good on the battle between science and art in his photographs.”

“Braun’s detailed study of the life and work show a complicated man, a combination of ‘technical wizard, show-business pioneer, popular scientist and artist,’ whose work transformed or understanding of the human form.”

“Marta Braun’s engrossing account of Eadweard Muybridge offers a new perspective on his life and work. Her detailed analysis provides rich insight and correct previous misinterpretations of Muybridge’s locomotion photography. Braun offers us an intriguing account of the first person to record photographic evidence of movement in split-seconds. A valuable first-rate work that’s a pleasure to read.”

“Marta Braun has a grasp of enormous amounts of detail concerning the history of photography, as well as a lively understanding of the social and cultural history in which her subject existed. Her slim book punches above its weight.”