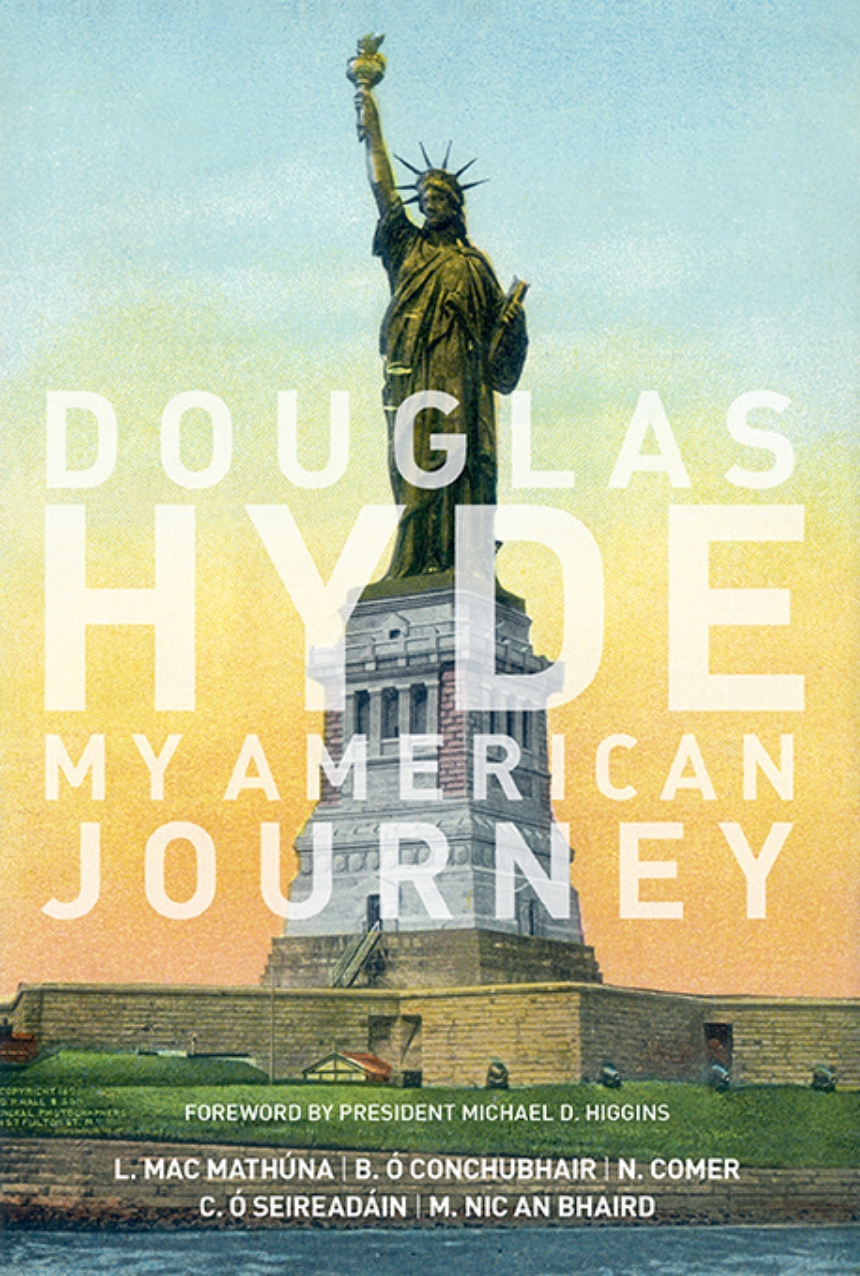 With a New Foreword by Michael D. Higgins
Douglas Hyde—a scholar, linguist, and lifelong promoter of Gaelic culture and heritage—was elected the first President of the Republic of Ireland in 1938. My American Journey provides a compelling firsthand account of a little-known chapter from the early life of this seminal Irish figure: the fundraising trip through the United States he undertook on behalf of the Gaelic League in 1905–6. This collection of journal and diary entries was originally published in the Irish language in 1937 and is now presented for the first time in a bilingual edition, complete with newly discovered archival material and extensive illustrations. Hyde’s work on this voyage was both culturally and politically vital. The funds he raised contributed to the hiring and training of Irish-language teachers and organizers who traveled across Ireland spreading the Gaelic League message, helping to sustain a cultural revolution which, in turn, gave rise to the political uprising from which Irish sovereignty ultimately emerged. With a new foreword by current Irish President Michael D. Higgins and punctuated with numerous images, My American Journey sheds light on an important segment of the life of one of Ireland’s most underappreciated leaders.

“In Douglas Hyde, My American Journey his Irish language account of the eight-month trip (originally published in 1937) has been translated into English for the first time by the editors, with help from illuminating illustrations and photographs culled from the period to help bring his trip to life. . . . Now for the first time in English, you can read about his efforts, which yielded political as well as cultural change. . . . This invaluable book gives you an insight into what drove him and how his efforts resonated across continents.”