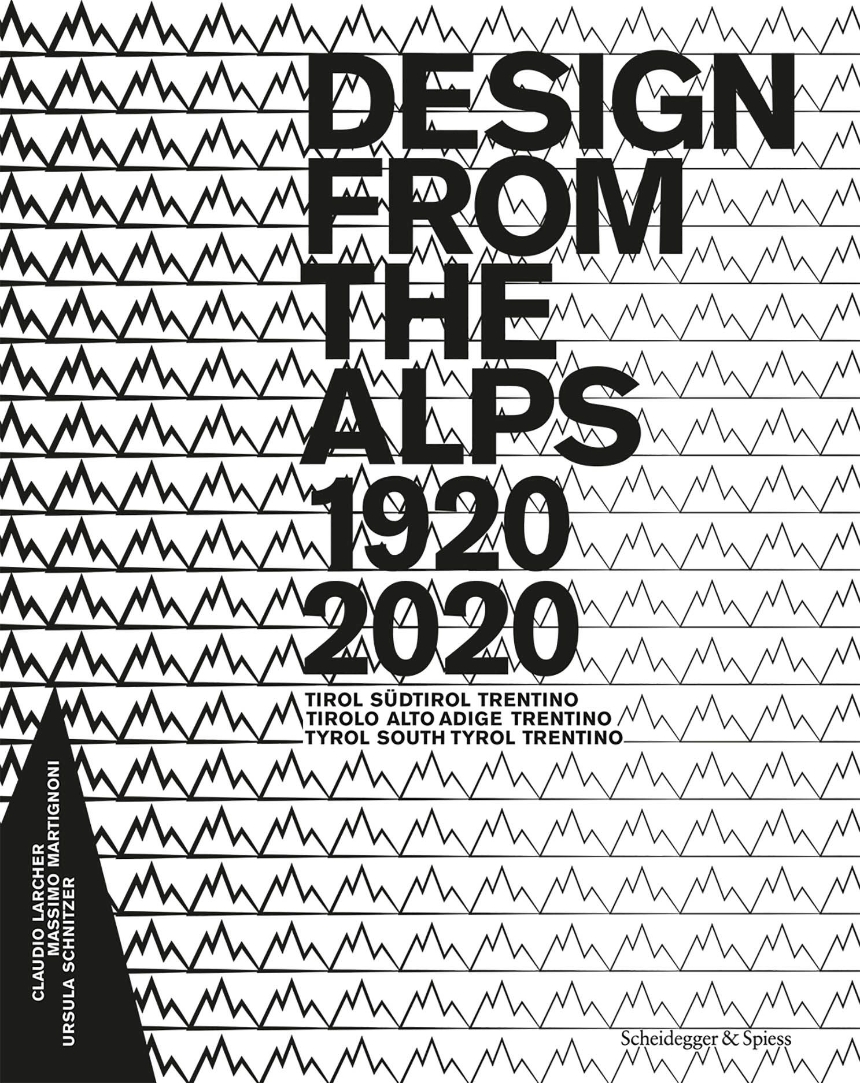 Design from the Alps tells the story of a century of product design in Italy’s northernmost regions Alto Adige—or South Tyrol, as it is alternately known—and Trentino as well as and the Austrian state of Tyrol. Located along ancient trade routes that served Germany, Austria, and northern Italy, the transnational Alpine region boasts a rich local tradition of craftsmanship. Yet, since the 1920s, the region has also been remarkably open to European modernism’s most progressive movements and has become an unexpected space for exploration and innovation.

Highlighting the variety of innovations that have emerged in South Tyrol, the book includes features on futurist painter and graphic designer Fortunato Depero (1892–1960), pioneering interwar architect Gino Pollini (1903–91), and celebrated architects and designers Lois Welzenbacher (1889–1955), Clemens Holzmeister (1886–1983), and Ettore Sottsas (1917–2007), among many others. Lavishly illustrated, the book follows these and other artists and designers working within the region and offers an insightful tour of its multifaceted design culture.