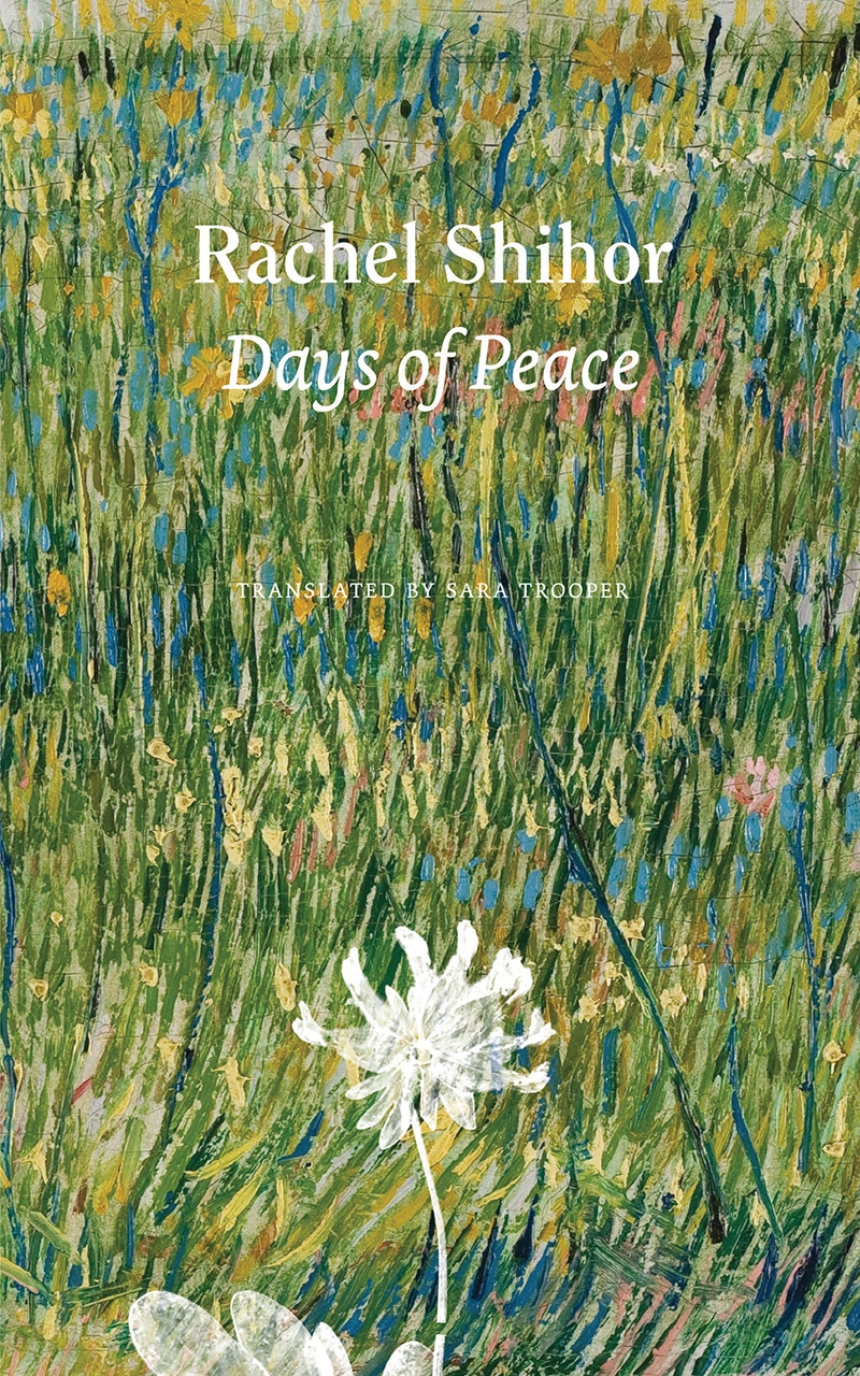 Translated by Sara Tropper and Esther Frumkin
Jerusalem in the early 1990s, just before the Israeli prime minister Yitzhak Rabin signed the Oslo Peace Accords and was assassinated by a rightwing ideologue shortly thereafter. Naomi, a former architect from secular Tel Aviv, has just married Jochanan, a religious doctor who emigrated from Sweden. Days of Peace follows Naomi through Jerusalem as she meets a rich cast of characters, from an Arab beggarwoman in a park on a Sabbath afternoon to a professor of biblical archaeology on a life-long quest to produce a hand-lettered edition of the Bible. Kaleidoscopic scenes of the city pass before our eyes: a ritual bath, a wedding hall, carpentry workshops, bookstores, Hadassah Hospital, a former leper colony and more. As Naomi’s marriage deteriorates, she travels to Poland, where the sorrow over those lost in the Holocaust intertwines with her nostalgia for the early romance of her now-faded marriage. But while the drama unfolds in the divorce court back in Jerusalem, Naomi is on her ultimate search—to find her place in this historical city.

Written in deceptively simple, almost conversational prose, Rachel Shihor’s latest novel is a poignant, layered portrait of a city and a young woman’s quest to find herself.