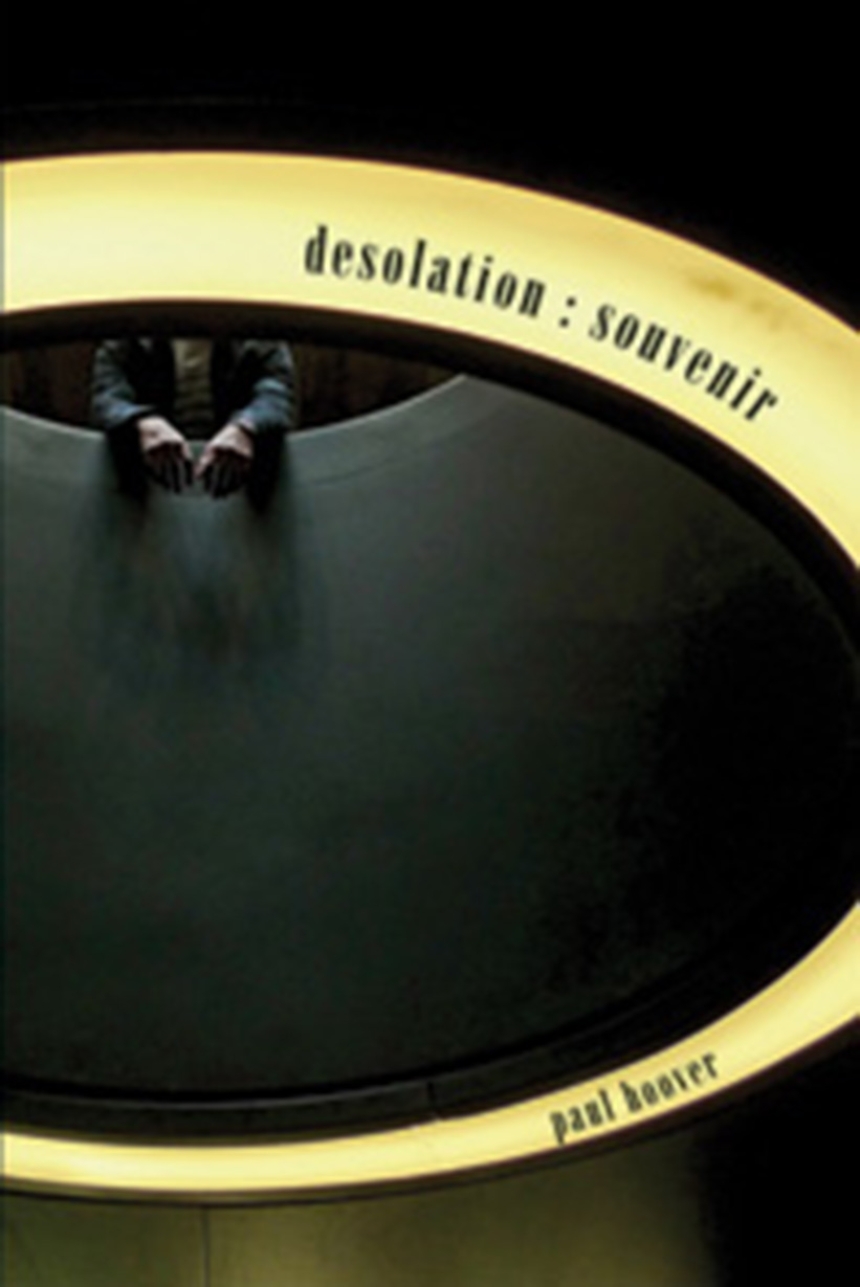 Fiercely elegiac, the title poem of Paul Hoover’s desolation : souvenir began as a “filling in” of the blank spaces in A Tomb for Anatole, Paul Auster’s translation of Mallarmé’s grief-stricken notes for a poem that he never completed on the death of his ten-year-old son. However, Hoover’s writing soon turned to his own consideration of life, death, the breaking of family relations, and loss of love as experienced by all of us: “when death plays / with a child / it goes out nimble / comes back cold / life that traitor / aboard a razor boat.” Written in three terse stanzas, each of the poem’s 50 pages offers a phrase that becomes the title of its opposite number at the other end of the manuscript. The result is a haunting echoic effect that becomes especially rich as the phrases “cross” at the middle of the sequence. At times, the poem mourns the loss of the earth itself: “what will be enough / when the earth / contains no one / will the harvest still be full” and “no bees in the hive, no hive / sound returns to its bell.” Inspired by his reading of Wittgenstein’s Tractatus, the companion poem, “The Windows (The Actual Acts),” consists of a series of philosophical propositions in everyday language: “An object is the actual awaiting further action. / It can wait a long time. / Time is fresh in objects even when they decay. / You can’t give one example of time getting old.” Another series of thoughts begins: “Have you every gazed from a window to see if everything’s still there? / And see your own face in the glass, superimposed on the view? / Consciousness rests among its objects. / Which makes the objects restless.” Long established as a poet of wit and intelligence, Paul Hoover now establishes himself as an important voice of deep emotional resonance and far ranging vision.