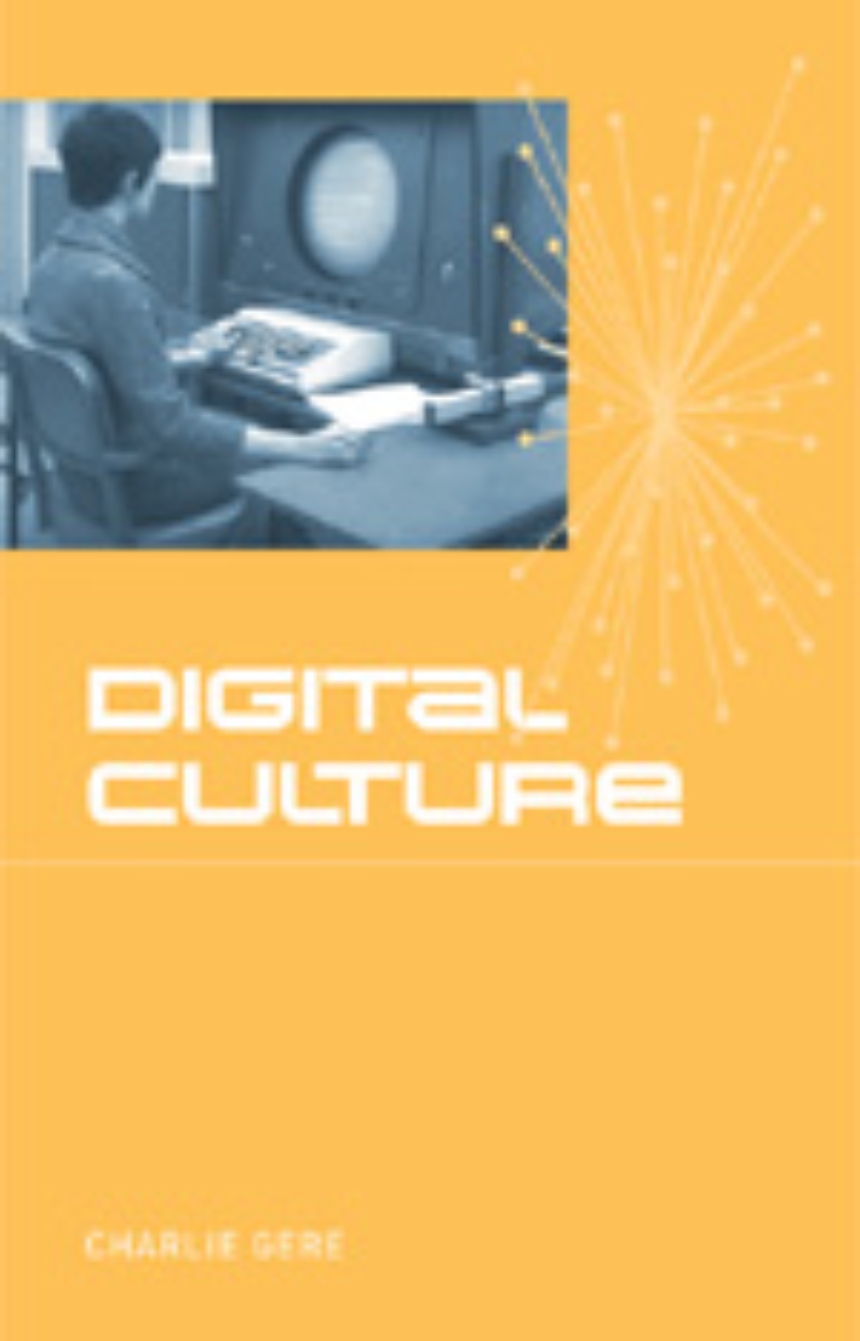 During the last twenty years, digital technology has begun to touch on almost every aspect of our lives. Nowadays most forms of mass media, television, recorded music and film are produced and even distributed digitally; and these media are beginning to converge with digital forms, such as the internet, the World Wide Web, and video games, to produce a seamless digital mediascape. At work we are surrounded by technology, whether in offices or in supermarkets and factories, where almost every aspect of planning, design, marketing, production and distribution is monitored or controlled digitally.

In Digital Culture Charlie Gere articulates the degree to which our everyday lives are becoming dominated by digital technology, whether in terms of leisure, work or bureaucracy. This dominance is reflected in other areas, including the worlds of finance, technology, scientific research, media and telecommunications. Out of this situation a particular set of cultural responses has emerged, for example, in art, music, design, film, literature and elsewhere.

This book offers a new perspective on digital culture by examining its development, and reveals that, despite appearances, it is neither radically new, nor ultimately technologically driven. The author traces its roots to the late 18th century, and shows how it sprang from a number of impulses, including the information needs of industrial capitalism and contemporary warfare, avant-garde artistic practice, counter-cultural experimentation, radical philosophy and sub-cultural style. It is these conditions that produced both digital technology and digital culture, and which have determined how they develop.