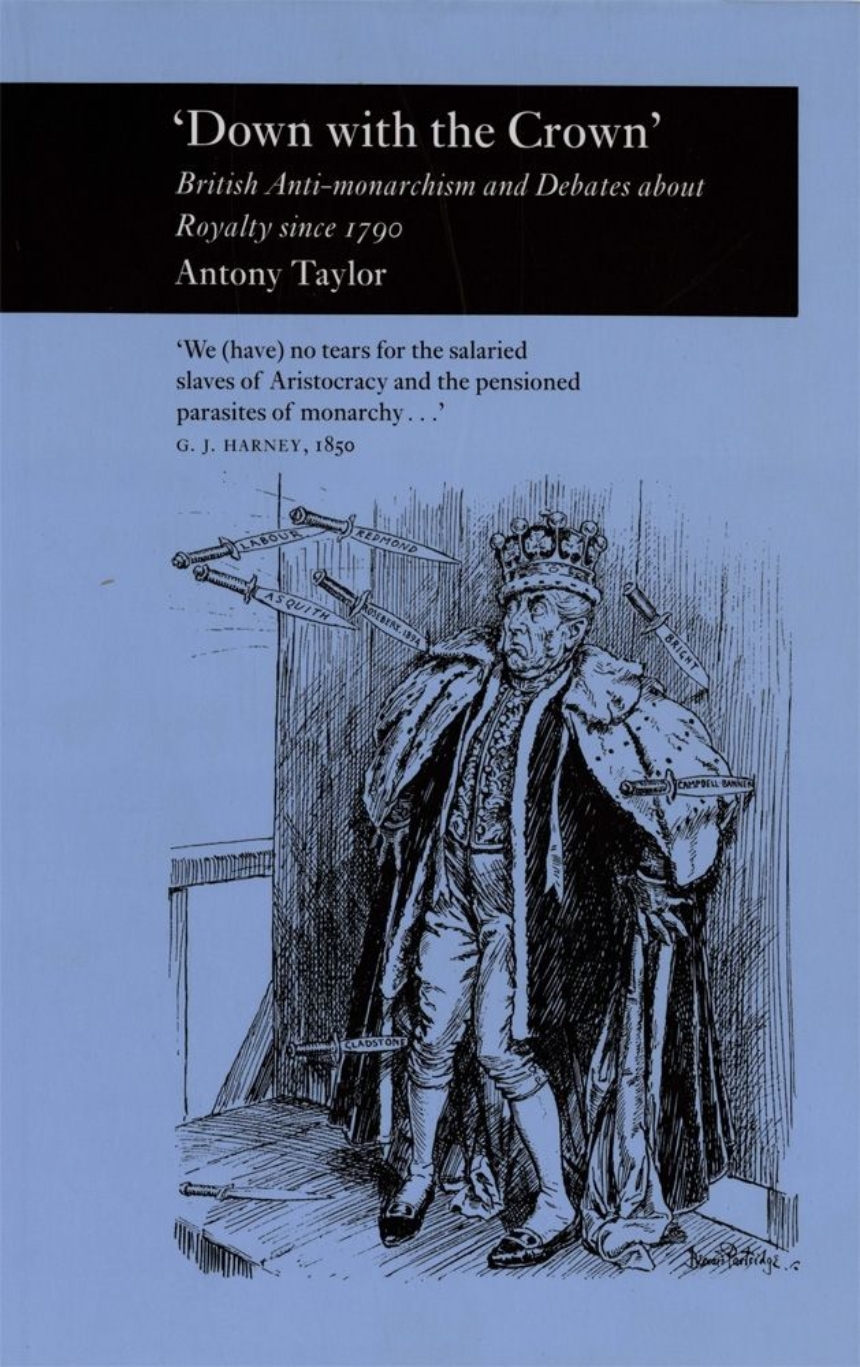 Down with the Crown’

British Anti-monarchism and Debates about Royalty since 1790

Down with the Crown’

British Anti-monarchism and Debates about Royalty since 1790

In recent years, periodic discontent with the monarchy has become an aspect of political life in both Britain and the Commonwealth. While a number of important books have attempted to reappraise the British royal family, the study of anti-monarchism has by contrast been neglected.

Down with the Crown seeks to fill this gap and to modify assumptions about the failure of radicals to contest monarchy effectively by looking at the issue of anti-monarchism in British politics from the French Revolution to the death of Diana, Princess of Wales. It also deals with debates about the House of Lords and with the republican movements in former colonies such as Australia. At a time when European integration, devolution in Wales and Scotland, and reform of the House of Lords are forcing Britain to take stock of its governing institutions, this book represents a significant contribution to the debates surrounding the House of Windsor.