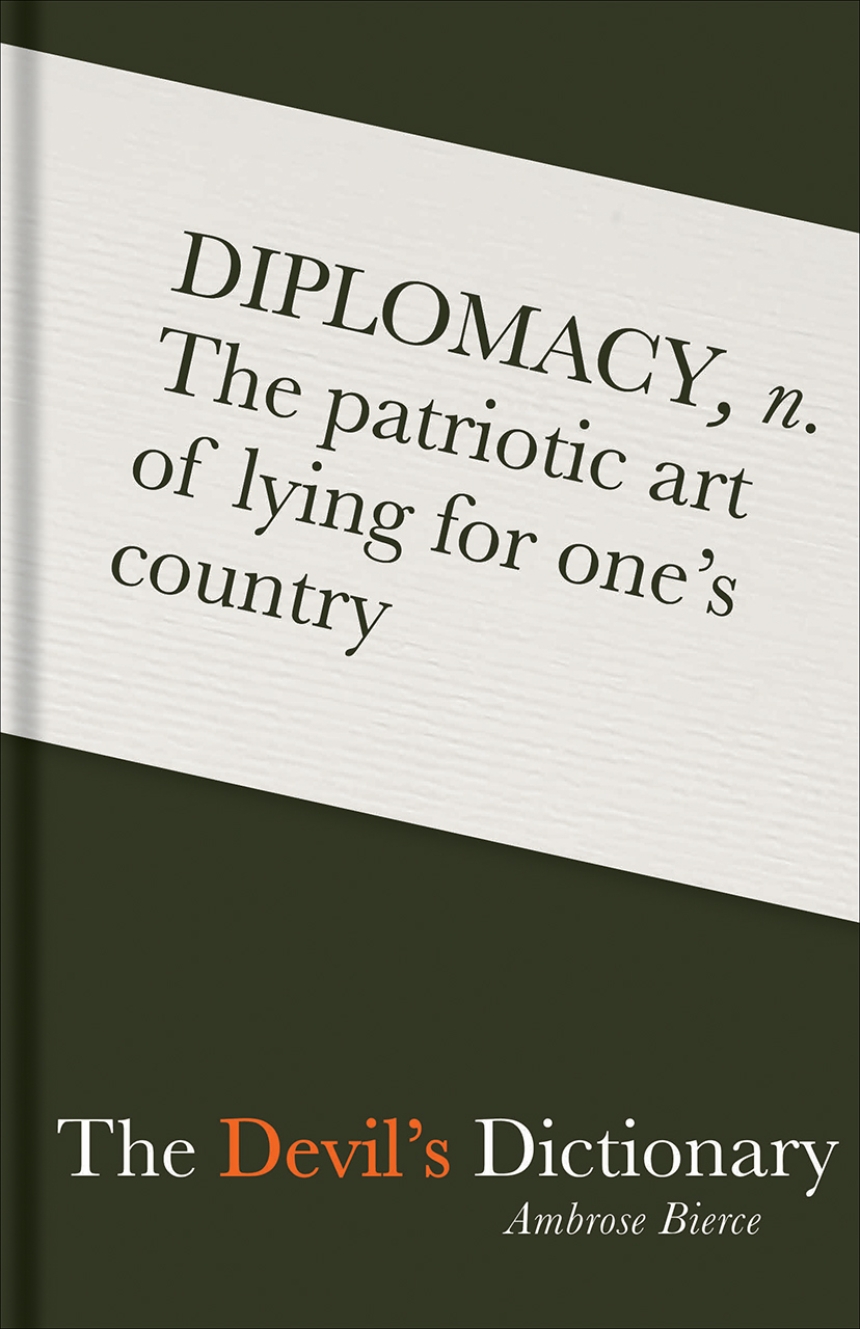 A contemporary of Mark Twain, Bierce brought his biting humor to bear on spoof definitions of everyday words, writing deliberate mistranslations of the vocabulary of the establishment, the church, and the politics of his day, and shining a sardonic light on hypocrisy and deception. These columns formed the beginnings of a dictionary, first published in 1906 as The Cynic’s Word Book, which stopped at the letter L, and five years later as a full A–Z text known as The Devil's Dictionary. More than one hundred years later, Bierce’s redefinitions still give us pause for thought: interpreting reporter, for example, as “a writer who guesses his way to the truth and dispels it with a tempest of words”; un-american as “wicked, intolerable, heathenish”; and politics as “the conduct of public affairs for private advantage.” This timely new edition of Bierce’s irreverent and provocative dictionary is the perfect gift for misanthropes and word lovers alike.