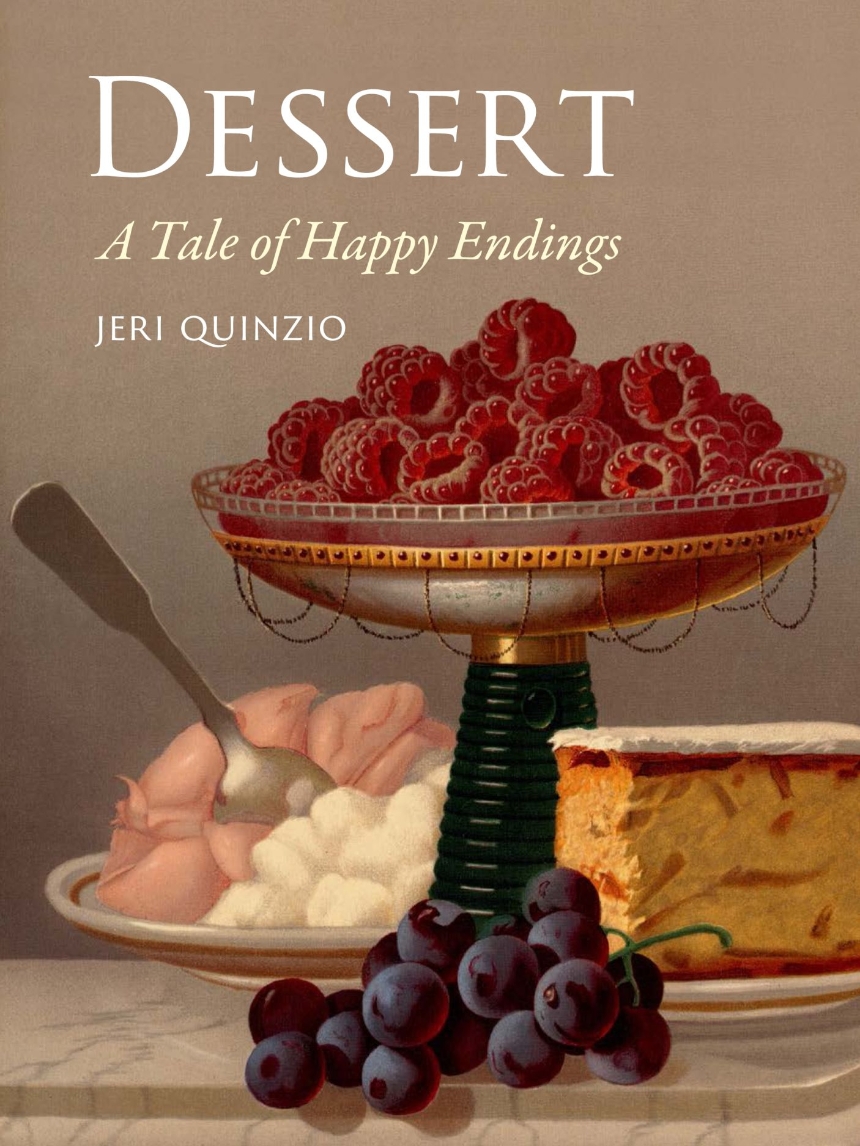 A Tale of Happy Endings

A Tale of Happy Endings

Let’s face it: roast beef and potatoes are all well and good, but for many of us, when it comes to gustatory delight, we’re all about dessert. Whether it’s a homemade strawberry shortcake in summer or a chef’s complex medley of sweets, dessert is the perfect finale to a meal. Most of us have a favorite, even those who seldom indulge. After all, sweet is one of the basic flavors—and one we seem hardwired to love.

Yet, as Jeri Quinzio reveals, while everyone has a taste for sweetness, not every culture enjoys a dessert course at the end of the meal. And desserts as we know them—the light sponge cakes of The Great British Baking Show, the ice creams, the steamed plum puddings—are neither as old nor as ubiquitous as many of us believe. Tracing the history of desserts and the way they, and the course itself, have evolved over time, Quinzio begins before dessert was a separate course—when sweets and savories were mixed on the table—and concludes in the present, when homey desserts are enjoying a revival, and as molecular gastronomists are creating desserts an alchemist would envy.

An indulgent, mouth-wateringly illustrated read featuring recipes; texts from chefs, writers, and diarists; and extracts (not the vanilla or almond variety) from cookbooks, menus, newspapers, and magazines, Dessert is a delectable happy ending for anyone with a curious mind—and an incorrigible sweet tooth.

"Pierrette Brillat-Savarin’s last words were, apparently, 'Bring on the dessert. I think I am about to die.' Although the sister of the great gastronome Jean-Anthelme does not figure in the delectable, handsomely illustrated Dessert: A Tale of Happy Endings, readers who habitually choose their last course first will identify with her sense of priorities. . . . The book is packed like tutti-frutti ice-cream with nuggets of deliciousness."

"This lavishly illustrated history of the delights of dessert will have the sweet-toothed hungering for 'buttery lemon tart,' ice cream, tiramisu, 'ethereal sponge cakes, light and airy profiteroles,' Pavlova...and why not? If you can't enjoy a proper pudding in the festive season, when can you? Don't worry. In January, bookstore shelves will be groaning with slimming manuals. Eat, drink, and be merry, for tomorrow we diet."

"Reading this book is a bit like eating dessert. You know you should stop, but you can’t help one more bite, turning one more page. Because, as Quinzio makes clear, dessert is not a mere trifle. It is a measure of skill, status, and style."

"Who could fail to want to look inside a book whose cover is so beguiling and title so tempting? Open this book and you will not be disappointed—the layout is attractive, the font size and spacing make for easy reading, and the illustrations are clear and apposite. . . . Quinzio's description of the dessert's development and the myriad of factors which lead it from mere sweetmeat to the huge variety of sweet endings that we know today is fascinating stuff. . . . There is a wealth of information here, written in easily digestible and lucid form, adding greatly to my appreciation of those 'happy endings' that I enjoy so much."

"Dessert: A Tale of Happy Endings is not merely a compendium of cakes but a chronicle of a different world, one in which desserts were savored not only with the tongue but with the eyes."

“Dessert is a perfectly delightful romp through the history of puddings and cakes and custards, everything from syllabubs to strawberry ice cream. Bring a big spoon.”