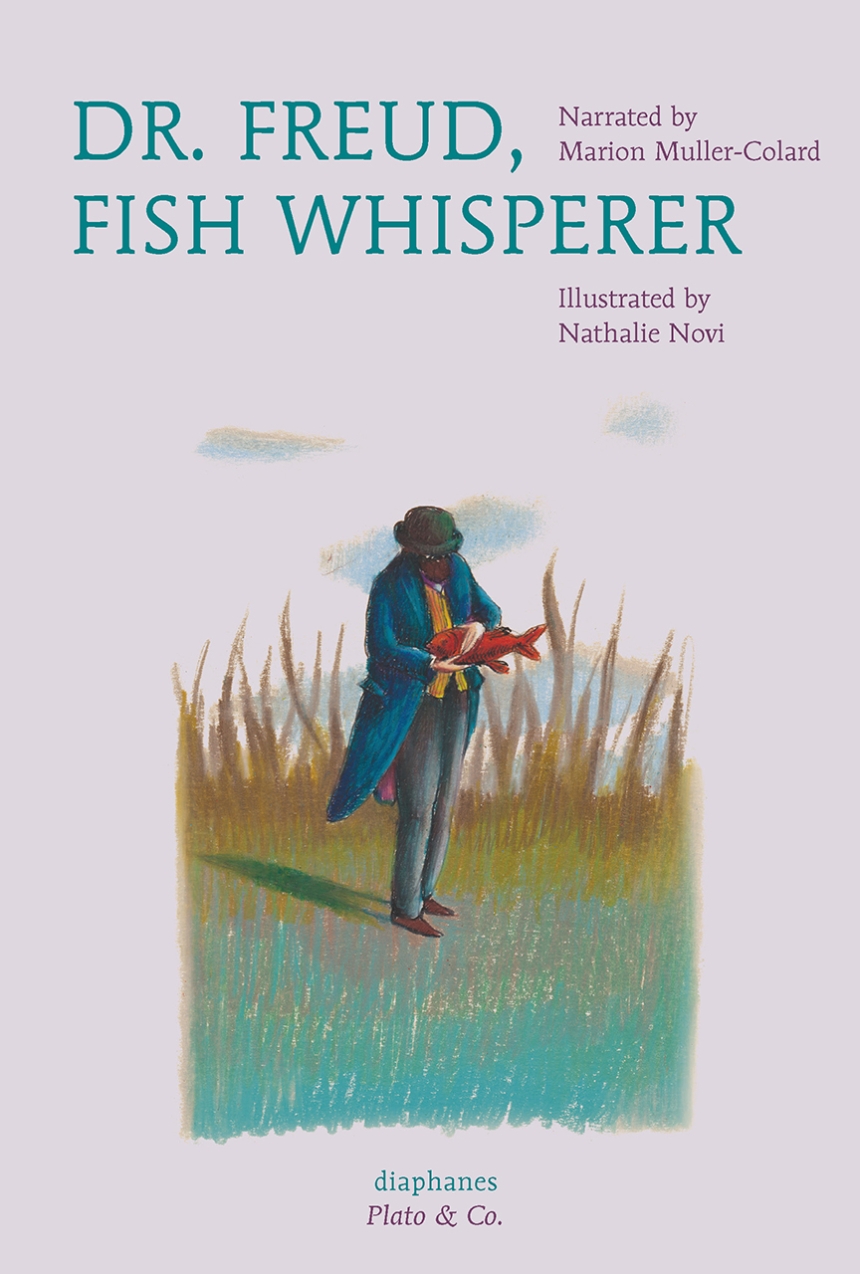 Translated by Anna Street
At its most basic, philosophy is about learning how to think about the world around us. It should come as no surprise, then, that children make excellent philosophers! Naturally inquisitive, pint-size scholars need little prompting before being willing to consider life’s big questions, however strange or impractical. Plato & Co. introduces children—and curious grown-ups—to the lives and work of famous philosophers, from Socrates to Descartes, Einstein, Marx, and Wittgenstein. Each book in the series features an engaging—and often funny—story that presents basic tenets of philosophical thought alongside vibrant color illustrations.

Sprawled in his favorite armchair, Dr. Freud notices a peculiar phrase in pages of his notebook: “preaching to the fishes.” What could he have meant by this? If there’s one thing he has learned working as a psychoanalyst, it’s that the best way to make sense of yourself is through your dreams—and so he settles down for a nice long nap. But no sooner does his head hit the pillow than he begins to hear voices! A frightened fish with a childhood memory lodged in its throat coaxes Dr. Freud into the cold water, where his ideas come to life through an unforgettable cast of characters, including a loquacious carp and three frogs—Id, Ego, and Superego—locked in fierce competition for a single waterlily.