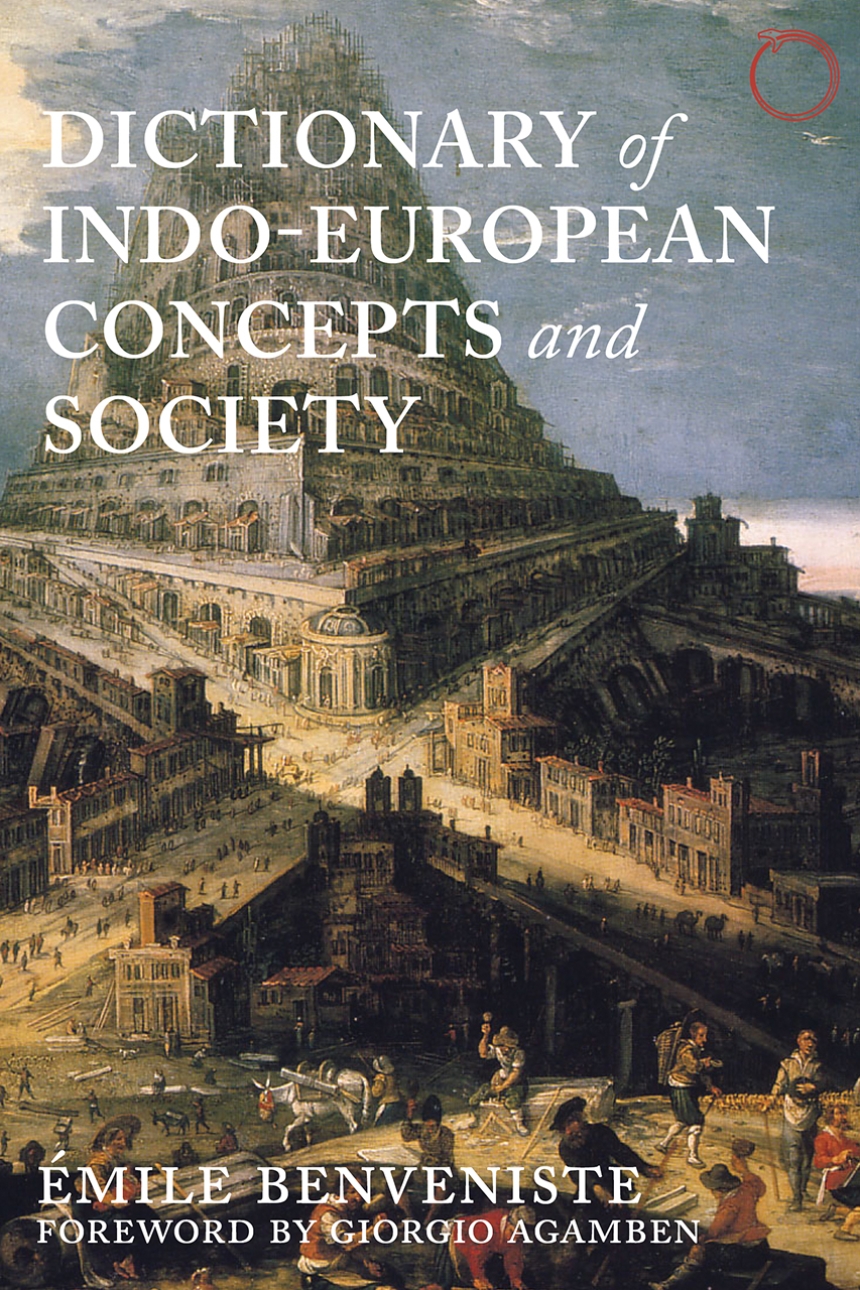 Dictionary of Indo-European Concepts and Society

Dictionary of Indo-European Concepts and Society

With a Foreword by Giorgio Agamben
Since its publication in 1969, Émile Benveniste’s Vocabulaire—here with a new introduction by Giorgio Agamben—has been the classic reference for tracing the institutional and conceptual genealogy of the sociocultural worlds of gifts, contracts, sacrifice, hospitality, authority, freedom, ancient economy, and kinship. A comprehensive and comparative history of words with analyses of their underlying neglected genealogies and structures of signification—and this via a masterful journey through Germanic, Romance, Indo-Iranian, Latin, and Greek languages—Benveniste’s dictionary is a must-read for anthropologists, linguists, literary theorists, classicists, and philosophers alike.

This book has famously inspired a wealth of thinkers, including Roland Barthes, Claude Lévi-Strauss, Pierre Bourdieu, Jacques Derrida, Umberto Eco, Giorgio Agamben, François Jullien, and many others. In this new volume, Benveniste’s masterpiece on the study of language and society finds new life for a new generation of scholars. As political fictions continue to separate and reify differences between European, Middle Eastern, and South Asian societies, Benveniste reminds us just how historically deep their interconnections are and that understanding the way our institutions are evoked through the words that describe them is more necessary than ever.

"A great book, an indispensable book: une promesse de bonheur ('a promise of happiness') as Stendhal would have said, for any reader curious to explore the intricacies and depths of the language she or he speaks."

Carlo Ginzburg, author of The Cheese and the Worms

"Benveniste’s erudition impresses and enthralls: every entry in this monumental work of learning is revelatory of unsuspected origins and connections among languages, cultures, and worlds of thought. A fundamental work not only of reference but also of inspiration for all scholars and all readers who love the web of words."

"This masterpiece of the human sciences of the twentieth century is crossed by a genuinely poetic impulse. Indo-European institutions do not appear so much as 'states' or as 'substances' but as living relationships in motion in the minds of men who think and speak. . . . This is why, by setting itself apart from works that are only similar in appearance, Benveniste’s Dictionary remains a totally unique work, which no inquiry in the humanities could do without."