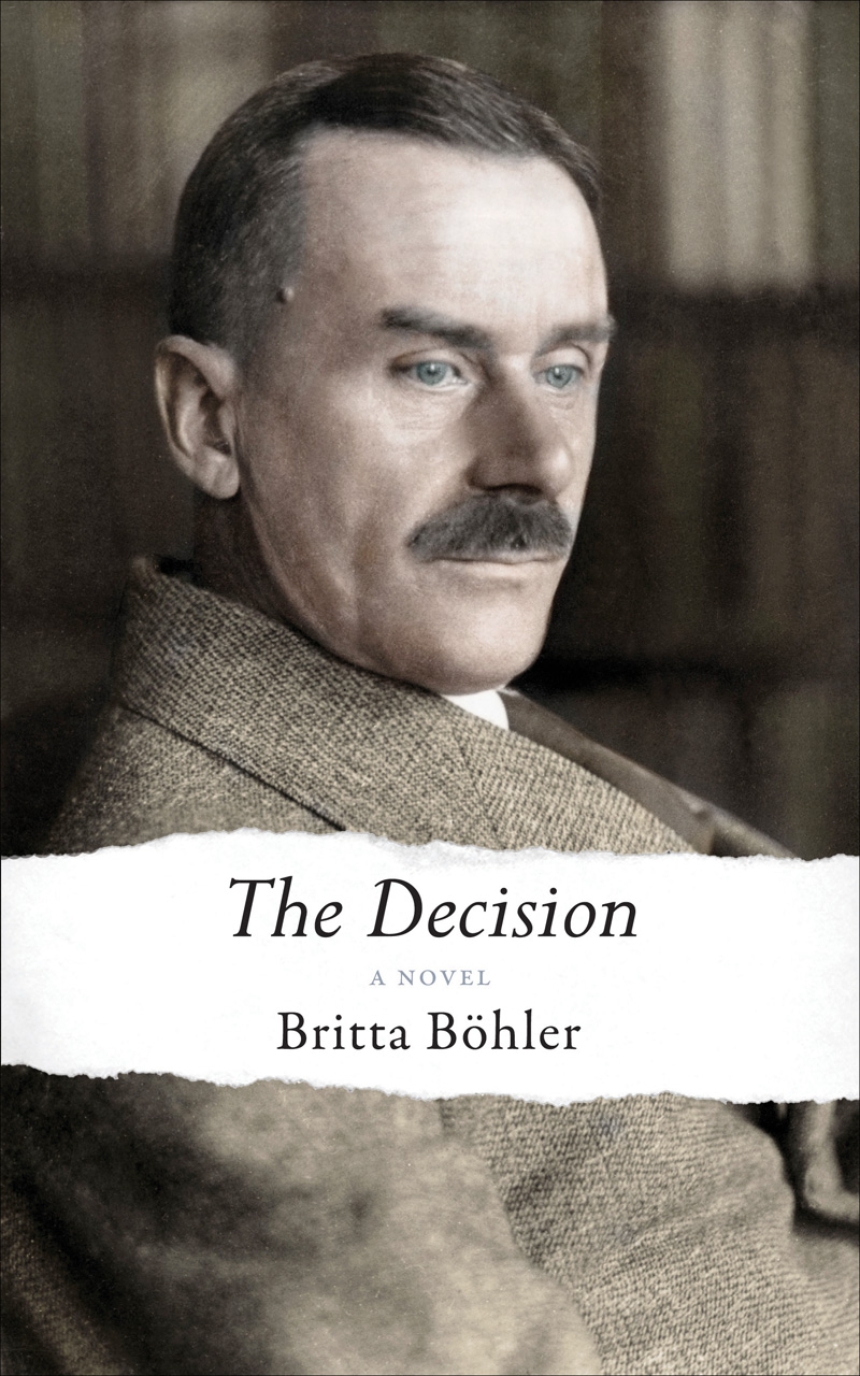 This intriguing novel follows German author Thomas Mann during three crucial days in 1936. Away in Switzerland and fearing arrest by the Nazis upon his return to Germany, Mann must choose whether to travel back to Munich. He decides to release an open letter to the regime in a Swiss newspaper but is then tortured by doubt: his Jewish publisher in Germany will be furious with the unwelcome attention Mann’s letter is sure to bring, and by choosing exile, isn’t the writer abandoning his loyal readers back home? Will the Nazis burn his books? Will they confiscate his diaries, which include intimate, homoerotic confessions?

Britta Böhler shows us one of the twentieth century’s greatest writers as a family man, a father, a writer, and a man with moral doubts. We see a human soul trapped in a historical setting that forces him to make a seemingly impossible choice. A convincing depiction of a dilemma addressed only sparsely in Mann’s own writings, The Decision eloquently explores the all-too-human price of confronting totalitarianism.

“In efficient prose Böhler pleasingly combines the mundane and the exalted: Mann frets about his injured wrist and his faithful dog Toby, his friendship with Hermann Hesse and his desire to return to his monumental Joseph quartet. The result is a very lifelike portrait.”

“Thoroughly researched, carefully written and entirely plausible. [The Decision] gives you the strongest possible sense that this is what Mann was thinking, and feeling, at this critical moment in his life, as he ponders cutting his ties once and for all with his beloved homeland.”

“An artfully crafted and constructed book, from its musical movement-arrangement to the sheer amount of information about Mann Böhler packs into this relatively short novel.”

"Böhler has written a wonderful novel, an immersive and psychologically convincing account of Mann’s agony of decision. Smoothly translated by Jeannette K. Ringold, it is well researched and chock-full of sharp insights into one of the great writers of the twentieth century."

"An important book, a beautiful creation. The Decision stands as a remarkable beginning of a literary career.”

"A masterful portrait of Thomas Mann."

The Decision
a novel